VIETNAM: About the persecution of Buddhists in Vietnam 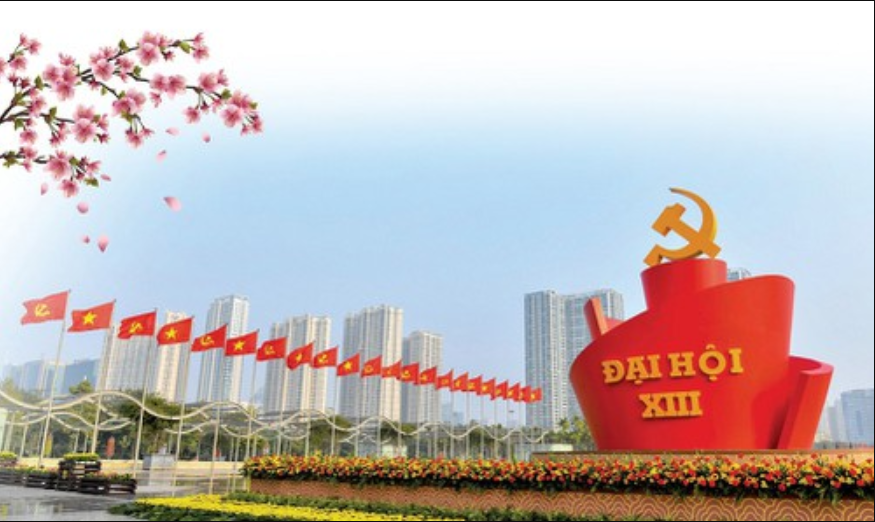 HRWF (11.05.2021) – No less than 36 believers of all faiths are currently behind bars in Vietnam because of their religious activities. HRWF’s Database of FORB Prisoners comprises of 2 Catholics and 7 Protestants, 6 Hoa Hao and 21 An Dan Dai Dao Buddhists. One ADDD Buddhist was sentenced to life imprisonment while the others got prison terms ranging from 10 to 17 years.

As of July 2018, the US government estimated the total population to be 97 million in Vietnam.  According to statistics released by the Government Committee for Religious Affairs (CRA), 26.4% of the population is categorised as religious believers:  14.91% identify as Buddhist, 7.35% Roman Catholic, 1.09% Protestant, 1.16% Cao Dai, and 1.47% Hoa Hao Buddhist.[1]

In Vietnam, government restrictions have greatly limited all religious activities for both registered and non-registered groups. In 1981, six years after the Communists took power, the government unified several Buddhist organisations under the umbrella group Buddhist Sangha of Vietnam (BSV) which was placed under its authority.

The Unified Buddhist Sangha of Vietnam (UBSV), which was founded in 1964 to unite 11 of the 14 Buddhist groups, refused to pledge allegiance to the Communist regime and was consequently banned. The UBSV was denied the official authorisation needed to operate. The UBSV Patriarch, Thich Quang Do, who had been under house arrest since his appointment in 1999, died in February 2020 at the age of 92.

Religious teachings are considered incompatible with communist ideology, and any form of assembly is perceived as a threat to the Communist Party’s monopoly of power. Thus, the government attempts to maintain strict control over all religious groups. Buddhist leaders who refuse allegiance to the Communist Party are harassed and imprisoned while their groups are declared illegal or banned.

An Dan Dai Dao (ADDD) is a Buddhist group founded in 1969 that was quickly outlawed and persecuted after the Communist takeover in 1975. Most of ADDD properties have now been expropriated, and its followers were forced into hiding. The leaders of ADDD have long been treated as criminals, including Phan Van Thu — its founder and leader — who was accused of working for the US and intending to ‘rebel’ against the regime.[2]

Phat Giao Hoa Hao (known as Hoa Hao) [3] was established on 4 July 1939 by Buddhist reformer Huynh Phu So in the southern Vietnamese province of An Giang. Hoa Hao Buddhism is described as ‘an amalgam of Buddhism, ancestor worship, animistic rites, elements of Confucian doctrine, and indigenous Vietnamese practices’.[4] The government officially recognises the Hoa Hao religion, but imposes harsh controls because it is an independently organised religious group. Since they are not state-sanctioned, they are denied registration and the government cracks down hard on their gatherings and temples.

An update of the Legal Framework of Religious reedom in Vietnam was published in September 2020 by Vo Quoc Hung Thinh (Legal Initiatives for Vietnam).

Buddhists in Prison in Vietnam

Two Buddhist groups are particularly persecuted because they refuse to swear allegiance to the Communist Party: An Dan Dai Dao and Hoa Hao Buddhists.

Buddhists behind bars: some statistics

As of 1 May 2021, HRWF documented 36 cases of detained Buddhists in its Prisoners’ Database.[5] Of these cases, 21 were members of the An Dan Dai Dao group and 21 of them were arrested in 2012. Almost all of these individuals were charged with subversion under Article 79 and accused of writing documents critical of the government.

The remaining six cases involve members of the Hoa Hao Buddhist group. Five were arrested in 2017, with one arrest in 2011. In most of these cases, the charges were ‘causing public unrest’ under Article 245.

Articles of the Penal Code

Buddhist followers were charged under these articles of the 1999 Vietnamese Penal Code:

Article 79 stipulates that those who carry out activities, establish or join organisations with the intent to overthrow the people’s administration ‘shall be sentenced to between twelve and twenty years of imprisonment, life imprisonment or capital punishment’.

Article 88 states that conducting propaganda against the Socialist Republic of Vietnam, such as distorting and/or defaming the people’s administration, spreading fabricated news to create confusion, is punishable with ‘between three and twelve years of imprisonment’.

Article 258 stipulates that those who ‘abuse the rights to freedom of speech, freedom of press, freedom of belief, religion, assembly, association and other democratic freedoms to infringe upon the interests of the State’ shall be subject to a warning, non-custodial reform for up to three years or a prison term of between six months and three years.[6]

In most cases, the government liberally applies Article 79, which carries the harshest sentences, as a deterrent against those it perceives to disobey its rule and to assert control. It also demonstrates that references to national security plays a central role in the detention of many religious followers. By invoking vaguely worded provisions in the Penal Code such as ‘subversion’ or ‘abuse of democratic freedoms’, the government incriminates and silences Buddhists who practice their freedom of religion or belief outside of state-sanctioned religious organisations.

In its November 2018 resolution on Vietnam, the European Parliament noted that religious freedom is repressed in the country and that non-recognised religions, such as the Unified Buddhist Church of Vietnam, continue to suffer severe religious persecution. It called on the government to remove all restrictions on freedom of religion and to put an end to the harassment of religious communities. It further urged the government to bring its legislation into conformity with international human rights standards and obligations.

On 21 January 2021, the European Parliament adopted a resolution on human rights in Vietnam. It noted that “on 1 January 2018, Vietnam’s first ever law on belief and religion came into effect, obliging all religious groups in the country to register with the authorities and to inform them about their activities.” It however remained concerned about the fact that “the authorities can reject or hinder registration applications and ban religious activities which they arbitrarily deem to be contrary to the ‘national interest’, ‘public order’ or ‘national unity’;” and it called on the Government of Vietnam to remove all restrictions on freedom of religion and to put an end to the harassment of religious communities.

In October 2020, the German Parliament published a 162-page report about religious freedom in 30 countries in which it devoted a section to Vietnam. It was discussed at a hearing of the Parliament on 14 April 2021.

Every year since 2002, the United States Commission on International Religious Freedom (USCIRF) has recommended that Vietnam be designated as a Country of Particular Concern (CPC) for having engaged in or tolerated particularly severe violations of religious freedom.

[5] Our Database is updated on a regular basis. For more details about imprisoned Buddhists, see https://hrwf.eu/prisoners-database/.