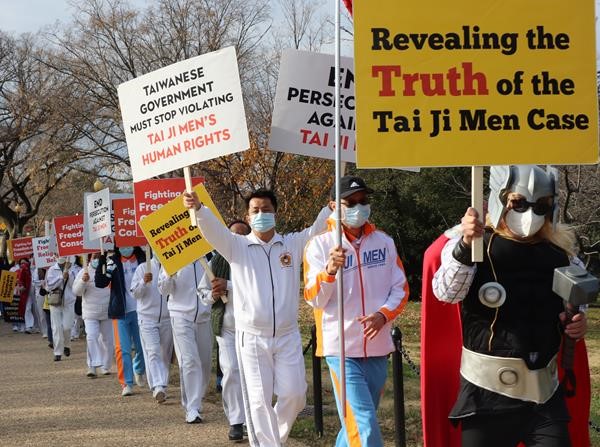 Contribution to the webinar co-organized by CESNUR and HRWF on 21 December with the participation of Ms Angelica Berlino (a member of Fedinsieme and ORLIR), Dr. Massimo Introvigne (Founder of the Center for Studies on New Religious Movements and Editor-in-chief of Bitter Winter Magazine), Ms Sara Pozos Bravo (Professor at the Sâmann University, Jalisco, Guadalajara, Mexico) and Tai Ji Men dizi

For some more information about the Tai Ji Men case, see here and here

HRWF (21.12.2021) – The concept of solidarity has underpinned the work of the United Nations since the birth of the Organization. The creation of the UN drew the peoples and nations of the world together to promote peace, human rights, social and economic development. The UN was founded on the basic premise of unity and harmony among its members, expressed in the concept of collective security that relies on the solidarity of its members to unite “to maintain international peace and security.”

The United Nations’ concerns about global poverty and the concept of solidarity are also historically closely linked to each other.

On 18 September 2000, the UN General Assembly adopted the Millennium Declaration in which solidarity is identified as one of the fundamental values of international relations in the 21st Century.

In this Declaration, it was stressed that those who either suffer or benefit least deserve help from those who benefit most. It means that global challenges have to be managed in a way that distributes the costs and burdens fairly in accordance with basic principles of equity and social justice.

Consequently, in the context of globalization and the challenge of growing inequality, strengthening of international solidarity was declared indispensable. Concrete steps then needed to be made.

On 20 December 2002, the UN General Assembly adopted a resolution establishing the World Solidarity Fund, which was set up in February 2003. Its objective was to eradicate poverty and promote human and social development in developing countries, in particular among the poorest segments of their populations.

Three years later, on 22 December 2005, the UN General Assembly, by resolution 60/209 identified solidarity as one of the fundamental and universal values that should underlie relations between peoples in the twenty-first century, and in that regard decided to proclaim 20 December of each year International Human Solidarity Day.

Since then, the UN has broadened its scope far beyond the global poverty issue.

Humankind is currently confronted with global threats such as climate change, the COVID-19 pandemics, religious fanaticism and terrorism, or dangerous tensions between several great powers competing for world leadership.

The negative impact of climate change on human life, fauna and flora on our planet can only be corrected and solved if all nations and all human beings unite all their efforts in the same direction: to imagine a new way of life and new forms of development which respect nature. Solidarity is a must if one wants to preserve the future of our children and grandchildren.

The COVID-19 pandemic cannot be solved selfishly at home by rich countries. The virus does not know human borders. Vaccines and efficient treatments (still to be found) must be made available to all at the same time. Scientific research has quickly ignored any border and solidarity between researchers has immediately prevailed for the sake of human life, social and political stability, as well as the preservation of economic development.

Religious fanaticism has led to terrorism, endless wars and conflicts. International cooperation, another name for solidarity, is also a must if one wants to limit their impact.

In terms of geopolitics, China and the United States are at loggerheads with each other. China wants to conquer Taiwan. Russia is aggressive in its dealings with the US, the EU and NATO. All these geopolitical tensions increase the risks of international conflicts between the present-day great powers. The UN regularly calls upon the solidarity of its member states to defuse such tensions and crises for the sake of peace.

Christmas is a time of miracles, Dr. Massimo Introvigne said earlier. In addition to the transgenerational solidarity which has emerged in Tai Ji Men itself to denounce the injustice the movement, Dr Hong and the dizi have been victims of by the National Taxation Bureau, another transnational solidarity wave has pushed Tai Ji Men to new horizons. Dr. Massimo Introvigne has raised awareness about Tai Ji Men’s situation among scholars in religious studies and in academic circles.

The spin-offs of this work have been highlighted by Sara Pozos when she hinted at a specific session about Tai Ji Men held in the framework of the Annual Meeting of the Association for the Sociology of Religion, one of the most important such organizations in the world. “Without shedding light to the Tai Ji Men case among scholars, it would never have been studied or publicized in Mexico and perhaps not even in Latin America”, she said.

Advocacy for the case of Tai Ji Men, has also been developed among human rights organizations, at the US Commission on International Religious Freedom and the State Department, members of the European Parliament and national parliaments of the European Union, think tanks, and so on.

Tai Ji Men and its dizi go on publicly protesting and raising their voices not only in Taiwan but also in the major centres of international political power, such as the Capitol in the United States.

These networks of solidarity with Tai Ji Men are closely working together and coalescing for the sake of justice in the Tai Ji Men case.

These scholars and activists became friends with dizi and between themselves, creating a global community, which will not go away until the case is solved. This is the miracle of Christmas this year.

As Angelica Bertino said earlier, “looking at what you are doing, mobilizing professionals around the world to speak out on your case, I think you have all the solidarity in the world in this battle of yours.” And in line with Massimo’s story about Scrooge in Charles Dickens’ tale “Christmas Carol”, she added “Selfishness and the exploitation of people for selfish purposes are the main obstacle to the realization of a world in which the culture of peace prevails.”

Wake up, Taiwan. The time has come to open your eyes and your ears to the calls for justice in the Tai Ji Men case and to find an enlightened solution.