PAKISTAN: A Christian sentenced to death on blasphemy charges 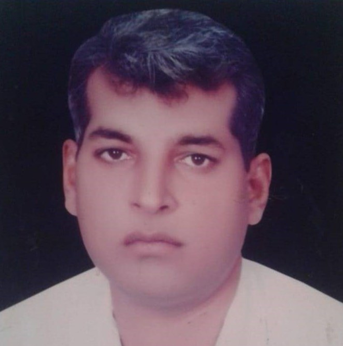 He is accused of sending blasphemous text messages from his phone but has always denied the allegation against him.

Christian NGO Centre for Legal Aid Assistance and Settlement (CLAAS-PK) provided a lawyer but on May 3rd, 2017, Zafar was sentenced to life imprisonment for 295C, PPC, three years imprisonment, and fined ten thousand rupees for 298A PPC and one-year imprisonment and fined five thousand for 25D of the Telegraph Act.

An appeal against the conviction and life imprisonment was submitted to the Lahore High Court Bench in Rawalpindi, and since then the case has been transferred to different judges at least four times.

Last October high court judge, Mr. Justice Abdul Aziz, heard the case in Adiala jail and once again referred the case to the trial court to rewrite the judgment on technical grounds as he believed that Bhatti should have been given the death sentence instead of life imprisonment.

In September 2020 Bhatti suffered a heart attack in prison but because of swift medical attention his condition was stabilised but there are ongoing concerns for Zafar’s physical and mental health. His lawyer, Tahir Bashir, called on the Lahore High Court (Rawalpindi Bench) to grant immediate bail on medical grounds and allow him access to medical treatment outside of jail, but the application was rejected. Bhatti also suffers from diabetes and his health condition continues to deteriorate.

He is held under high security due to threats to his life from extremists. All his case hearings have been conducted in Adiala Jail, Rawalpindi, causing great distress to him and his wife Nawab Bibi.

Nasir Saeed, director CLAAS-UK has expressed his concern stating that this is one of the longest imprisonment cases and it is only because of the Pakistan judicial system.

He said: “Since the promulgation of the blasphemy law in Pakistan, the law is oppressive and frequently misused. Provisions have been used as tools of revenge in personal conflicts, to target religious minorities and to oppress political opponents or critical voices, putting in jeopardy the lives of the accused and also their families, members of their communities, judges, lawyers and everyone that tries to seek justice.

“The situation continues to deteriorate, and minorities are living under constant threat as the government has failed to protect religious minorities in the last years, exacerbating existing religious divides and thus creating a climate of religious intolerance, violence and discrimination against vulnerable minority groups in the country, including Ahmadis, Hindus and Christians.

“In the recent year several blasphemy cases have been registered against Hindu, Christians and even against Muslims, on mere suspicion. At least six Christian nurses were accused of committing blasphemy, they were threatened, beaten and attempts made on their lives, but nobody has been brought to justice for attacking them and taking the law into their own hands.

“Several temples and churches were attacked and set on fire, while a 49-year-old Sri Lankan man, Priyantha Kumara Diyawadana, export manager of Rajco Industries, was lynched by a mob on 3 December 2021 in Sialkot, over allegations of committing blasphemy for removing a poster featuring religious content. He had lived and worked in Pakistan for eleven years, was beaten, killed and later set on fire by a mob in Sialkot.”

Mr Saeed said that although Prime Minister Imran Khan has condemned the blasphemy killing and the military declared “zero tolerance” for extremists, that is not enough. He said this is the time for the government to take this matter seriously and make changes appropriately to stop the ongoing misuse of the blasphemy law.

Saeed also stated that CLAAS would maintain its support to the family.