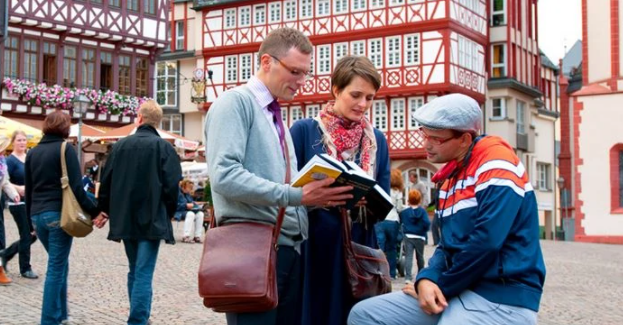 Fake News: FECRIS condemned for slanderous statements in Germany but claiming victory in a press release (!)

HRWF (09.07.2021) – On 27 November 2020, the District Court of Hamburg condemned FECRIS (European Federation of Centres of Research and Information on Cults and Sect) for defaming the general movement of Jehovah’s Witnesses in public statements made in the framework of its conferences from 2009 to 2017 that were posted later on its website.

Before deciding to go to court, Jehovah’s Witnesses had sent a warning notice via their authorized legal representatives on 18 May 2018 but FECRIS did not react.

The German court verdict in the case Jehovah’s Witnesses in Germany v. FECRIS (File ref. 324 O 434/18) concerned a long list of 32 claimed defamatory statements: 17 were fully justified and one was partially justified by the Court.

On 30 May 2021, after Bitter Winter had exposed this case, FECRIS published a press release where it claimed that it had “won” the Hamburg case. This was repeated by some FECRIS affiliates in different countries, but it was just an attempt to throw dust in the eyes of those who have not read the decision. The court decision is available in German and in English on HRWF website.

“Lawyers know that attacking untrue factual allegations is difficult, and the border between permissible, if strongly worded, critical statements and illegal slander is difficult to determine.

The German Jehovah’s Witnesses asked the District Court of Hamburg to examine 32 statements. The court found 17 of them defamatory, one partially defamatory, and 14 non-defamatory. The court noted that in German law “expressions of opinion enjoy extensive protection. Accordingly, inaccurate opinions also share in the scope of protection.” In several cases, the court agreed with the Jehovah’s Witnesses that FECRIS statements were “inaccurate,” but ruled them beyond the scope of defamation. 4 out of 32 statements were even judged to be inadmissible expressions of opinion, i.e., beyond the borders of legitimate freedom of expression.

Consistently with case law in other European countries, the Hamburg judges also stated that in the field of religious and anti-religious controversy strong-worded expressions are common, and cannot be censored as defamation, concluding that calling the Jehovah’s Witnesses “disrespectful of human rights” remains within the limits of freedom of expression. I may personally disagree with this evaluation, but where these limits lie is never easy to assess.

In the majority of the cases, however, the court found that FECRIS had crossed the border of defamation. The Hamburg judges also established the principle that the fact that Russian authorities or courts had included negative evaluations of the Jehovah’s Witnesses in their official documents or decisions does not entitle a German defendant to repeat or republish them, if they are inherently defamatory and false.

In this Russian-derivative category of statements are that among the “characteristic features” of the Jehovah’s Witnesses are “illegal possession of property,” the fact that they “took possession of citizens’ apartments,” commit “religiously motivated crimes,” bring “adult and children to their death.” They were all found to be untrue factual allegations by a decision that should serve as a warning to all FECRIS-affiliated organizations. That defamatory statements about the Jehovah’s Witnesses come from Russian official documents does not mean that organizations in democratic countries are free to reprint them.

The court also found that FECRIS distorts the theology and practices of the Jehovah’s Witnesses with the intention of defaming them. FECRIS falsely claimed that the Jehovah’s Witnesses teach that “there is a difference between men and women who receive the heavenly calling from God, in that only women ‘must receive a change of nature,’ but not men,” that women who serve as door-to-door missionaries are “women slaves,” and children are “compelled” to participate in the public preaching, that women in the family should not only submit to their husbands but also “to their male children,” are “forbidden to divorce without being immediately excommunicated,” and “cannot rebel within the home without being immediately judged by the congregation’s elders.” That Jehovah’s Witnesses teenagers caught kissing are automatically “taken to a JW’s judicial committee,” and that a young woman who stays overnight in the home of a male friend would be found guilty by a judicial committee even in the absence of other elements indicating an improper relationship, were also judged to be false and defamatory statements. Another false claim the court regarded as defamatory was that the Jehovah’s Witnesses have announced 26 different dates for the end of the world and are now predicting it for the year 2034.

FECRIS was also found guilty of defamation for reporting inaccurately that the Royal Australian Commission report on sexual abuse found “4,000 cases of victims of pedophilia in Australia” among the Jehovah’s Witnesses. In fact, the Australian Witnesses had given to the Royal Commission all disciplinary reports and referrals, proven and unproven, that had been submitted to the Jehovah’s Witnesses organization in Australia over a 65-year period, for a total of 1,006 reports—which obviously did not mean that there had been 1,006 cases of sexual abuse among them, and certainly not 4,000.

The Hamburg judges found that accusations of covering up sexual abuse cases raised by FECRIS against the Jehovah’s Witnesses are often based on false and defamatory statements, such as, “The child is brought forward to explain in detail what happened. They must remember each act, and the elders ask precise questions,” the child’s mother “cannot be in attendance,” and “the child must meet the rapist.” These statements, the court said, are factually “untrue,” as in fact “a child only testifies before the elders if the child absolutely wants to and if this is granted,” the child’s mother may be called in for “moral support,” and “the elders never require victims to put forward their allegations in the presence of the accused.” FECRIS’ statement that, when a perpetrator of sexual abuse of minors has been identified, the elders do not warn families with minor children in their own and neighboring congregations by disclosing the name of the guilty person was found to be partially defamatory. The court concluded that elders properly advise families with minor children of their own congregation, but that plaintiffs did not prove that they also warn neighboring congregations.

Sometimes, it is unclear whether FECRIS activists, who claim to be experts on “cults,” are in bad faith or simply incompetent. They published the case of a 17-year-old Dutch girl who died during a measles epidemic in 2013 after her parents had refused vaccination for religious reasons and implied she was a Jehovah’s Witnesses. In fact, she was a member of a Calvinist Christian Reformed congregation, i.e., belonged to a church known for being a staunch opponent of the Jehovah’s Witnesses.

Interestingly, on January 5, 2021, FECRIS petitioned a correction of the judgment’s section addressing the facts of the case. FECRIS requested that in the facts of the judgment the sentence, “The statements refer neither directly nor indirectly to Jehovah’s Witnesses,” should be corrected as follows: “The statements do not refer to the plaintiff.”

FECRIS comes out of the Hamburg decision with its image of an organization of “experts,” who deserve to be supported by taxpayers’ money in France and elsewhere, deeply shattered. It rather emerges as a coalition of purveyors of fake news, which systematically use defamation to attack groups they label as “cults.” Hopefully, the German decision will become a model for others in different jurisdictions, teaching FECRIS-affiliated anti-cult movements that they may have powerful patrons but are not above the law.”