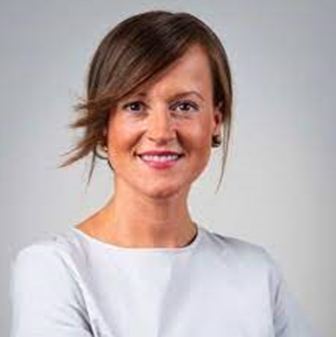 Strategies for religious freedom in fragile states, a USCIRF hearing

HRWF (23.09.2021) – On September 22, the U.S. Commission on International Religious Freedom (USCIRF) held a hearing to discuss strategies for religious freedom in fragile states.

Corinne Graff, senior advisor at the US Institute of Peace,

James Patton, CEO and President of the International Center for Religions and Diplomacy and

Prof. Ebrahim Moosa who co-directs Contending Modernities, the global research and education initiative examining the interaction among Catholic, Muslim, and other religious and secular forces in the world.

In 2018 the US government published the Stabilization Assistance Review (SAR) in the context of recent efforts undertaken by the US government to revise its approach to addressing violence and conflict prevention in fragile contexts. The Global Fragility Act was passed and signed into law with strong bipartisan support in 2019. These developments require long-term planning and organizational discipline across US foreign policy interagency processes and facilitate reflections on how religious freedom can advance US stabilization efforts and how US policy in fragile states can better support individuals whose rights to freedom of thought, conscience, and worship are under threat.

Countries with fragile contexts, such as Afghanistan, Somalia, Syria, and Yemen present uniquely challenging landscapes for US government officials to promote and protect religious freedom. When governments lack control over their territory or the support of their populations, common tools like diplomacy or sanctions often prove ineffective in promoting the fundamental rights of freedom of religion or belief. In this spirit, in his opening remarks, Nury Turkel, USCIRF Vice Chair, stressed the urgency of thinking creatively on how to implement strategies and help to cement religious freedom norms.

Elie Al Hindy warned that the world has dismissed religion and identity politics too early; we thought extreme secularism and globalization could help unite people. In reality, this did not occur. Globalization did not solve identity-caused conflicts, but rather turned them into international concerns to be addressed collectively. Al Hindy presented several recommendations to strengthen the US approach to secure religious freedom in fragile states.

First, promote inclusive citizenship, adapted to the reality of each country. While equal dignity and the respect of basic rights of all must be the essence of every solution, this is not sufficient. Solutions must be based on the respect of religious identity. If people’s attachment to their faith is neglected, there is a high probability of radicalization. Second, promote alternative religious narratives. There are significant efforts ongoing to promote tolerance, but we are far from reaching the point where moderate discourse is the mainstream. We must help introduce new narratives in religious schools across the world.

Third, promote the religious social responsibility of religious institutions and rehumanize religion. Dialogue is needed for reconciliation in refugee camps, to work together to address social, economic and ethical challenges. Fourth, promote state building by working with moderate voices and respecting the different religions and traditions locally, with the ultimate aim of preventing fragile states from turning into failed states.

Corinne Graff warned that persistent conflicts simmer around the world. The impact of global climate change will exacerbate these trends. We therefore need new approaches. Religious discrimination can lead communities to take up arms, but at the same time conflict can lead to religious discrimination, as seen in Myanmar. It is important to conduct more analysis to see how freedom of religion or belief impacts peace and vice versa.

As COVID continues to spread, its full impact on these complex relations are still unknown. We need an inclusive approach, with civil society, faith-based leaders, women and the youth. They must be involved in policy formulation and implementation. It is crucial to foster local leadership at all levels, because “the more ownership, the more sustainable the strategy is”, Graff stressed. Finally, it is policy innovation that is needed to better adapt to the changing context, and the Global Fragility Act offers a good opportunity, a point also stressed by James Patton. He urged more research to better understand the complex link between restrictions on FORB and social instability.

“FORB is not universally accepted in the world”, Ebrahim Moosa stressed. In fragile states the concept of freedom is contested and often subordinate to religious claims. “FORB is not a goal to be achieved, but part of a social good that flourishing societies generate”, he explained. We need deep knowledge of local ecologies to support FORB by empowering indigenous thinking, rooted in tradition, to further embed values of coexistence into local communities. This is the only effective way to gain trust and advance interests of multiple communities. Professor Moosa called for more attention to local power dynamics. In this light, he stressed the need to, first, strengthen US policy on religious literacy reach out to non-typical actors, namely rural people, women, who “can tell us also what we don’t want to hear”; second, ensure conflict-sensitive work with faith-based organizations in fragile states, and three, enhance the local and contextual understanding.

The panelists shared the assessment that local voices and nuances are crucial in fragile states. A sustainable approach must let the process grow organically, rather than being prescriptive. We must have an idea of what religious freedom is, but we first have to build trust with all those involved on the ground, and let the locals help us understand the local nuances. Access to religious leaders who are empowered in their countries and have influence is key. Considering that fragile states always present a complex context, an inclusive approach mindful of local traditions, values and diversity, as well as a creative and innovative policy approach will be indispensable going forward.

Further reading about FORB in the World on HRWF website