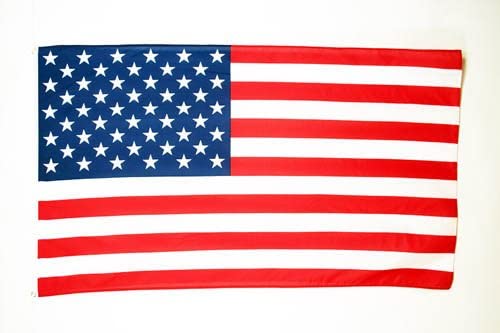 HRWF (28.10.2021) – On October 27, the U.S. Commission on International Religious Freedom (USCIRF) held a hearing to explore ways for targeted sanctions to be utilized to address freedom of religion violations in the world.

Through the 2016 Global Magnitsky Human Rights Accountability Act and the related 2017 executive order, E.O. 13818, the U.S. government can issue visa bans and asset freezes against foreign persons involved in “serious human rights abuses,” including violations of religious freedom. Visa bans are also possible through Section 7031(c) of the Department of State, Foreign Operations, and Related Programs Appropriations Act. These tools have been used to impose consequences on violators of religious freedom in a variety of contexts, including Burma, China, Iran, and Russia. These examples represent only a small percentage of the religious freedom violations occurring globally. A more aggressive and effective targeted sanctions regimen can contribute to deterring religious freedom violators, holding perpetrators accountable, leading to a world where all are free to practice their religion or belief.

With legislative authority for Global Magnitsky sanctions expiring in 2022, the reauthorization process presents an opportunity to strengthen and expand targeted sanctions programs. The speakers in the panel explained how sanctions are utilized within the broader U.S. foreign policy strategy to address religious freedom violations and discussed ways to use these tools to curtail such violations.

In his opening remarks, Senator Ben Cardin stressed that the Global Magnitsky Human Rights Accountability Act is an important tool to hold human rights abusers accountable, and US leadership in this regard is important. “We need to stand up for religious freedom for the sake of those persecuted”, he noted, stressing the need to make sanctions more comprehensive by including also those who enable the perpetrators by materially assisting and advising them.

Representative Jim McGovern, as one of the authors of the Global Magnitsky Human Rights Accountability Act, stressed that if authorities fail, it falls to others, such as the United States, to make sure perpetrators bear a cost to their actions. The Global Magnitsky Act is a powerful and popular foreign policy tool, but its use must be increased to better protect religious freedom. “We must remember it is one tool in the toolkit. Sanctions are important but they are not enough”, he noted.

Senator Roger Wicker said that religious freedom is a foundational pillar of any free and open society, a basic fundamental right. The Global Magnitsky Act gives the US the tool to stand up for freedom loving patriots, being the most effective tool to fight against human rights abuse.

Nury Turkel, Vice Chair of USCIRF noted that since the passage of the Global Magnitsky Act, 243 entities and individuals have been sanctioned, including some for religious freedom violations. As such, senior Chinese officials were sanctioned for their direct participation in the surveillance and mass detention of Uyghurs. In 2020 the Biden administration used the Act to introduce sanctions, including against those responsible for the persecution of Falun Gong practitioners.

Going forward, the US government should coordinate with other countries with similar sanctions regime. “When multilateral sanctions are issued, the stigma is stronger”, he stressed.

Michael Breen, President and CEO of Human Rights First said that with the rising tide of authoritarianism and wide spread of aggression against entire religious communities, targeted sanctions can be a useful tool for governments to take action. Sanctions can send a unified message of condemnation, also reaffirm countries’ conviction to uphold global values. But there are limits to sanctions, he warned.

In the words of Justyna Gudzowska, Director of Illicit Finance Policy, targeted sanctions should be used more frequently and systematically, and should be imposed strategically, on those most responsible. For sanctions to have an impact, they must go beyond naming and shaming, they must focus on entire networks, on all the facilitators involved. Sanctions must be utilized in concert with other foreign policy tools; their efficacy can vastly increase if sanctions are multilateral.

Annie Boyajian, Vice President for Policy and Advocacy of Freedom House also stressed the need for sanctions to be part of a robust coordinated strategy of coordinated action. Also, clear steps should be outlined to ease sanctions if perpetrator change behaviour.

Tom Andrews, the UN Special Rapporteur on the situation of human rights in Myanmar urged targeted coordinated sanctions. But sanctions are insufficient, he also stressed. Sanctions have not impacted the ability of junta to continue atrocities, so the US government should work with allies for coordinated sanctions, and further pressure on military.

Overall the speakers agreed that a package of tools is needed to ensure the effectiveness of targeted sanctions, to be applied in coordination, linked all together in a focused way. In this regard, in the future the Global Magnitsky Acf can remain an important tool.

Further reading about FORB in USA on HRWF website