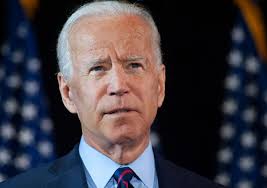 We write as an informal group of organizations and individuals, who are scholars, religious and secular leaders, human rights advocates, and practitioners to urge you to prioritize U.S. leadership in the area of international religious freedom. We ask that your administration affirm and strengthen the governmental structure created by the International Religious Freedom Act of 1998 (IRFA) and the Frank R. Wolf IRFA of 2016. We also ask that you nominate a qualified Ambassador-at-Large for International Religious Freedom and appoint others to key IRF posts as soon as possible.

We are participants in the International Religious Freedom (IRF) Roundtable, which is a multi-faith, inclusive model that has proven it is possible to engage cooperatively and constructively across deep religious and policy differences and to increase mutual understanding, respect, trust, and reliance through joint advocacy actions. Central to our efforts is our non-sectarian, non-partisan approach that identifies problems around the world and builds upon common ground and multi-faith consensus to develop joint initiatives.

Founded in 2010, we have actively supported the international religious freedom initiatives of both the Obama and Trump administrations working closely with successive Ambassadors at Large: Suzan Johnson Cook, David Saperstein, and Sam Brownback.  We have also worked with members of Congress on both sides of the aisle and the US Commission on International Religious Freedom and have actively engaged in assisting various executive branch bodies, such as Treasury and USAID, in developing policies responsive to IRF issues. Participants in the IRF Roundtable are currently working to replicate our inclusive model and operationalize a global network of roundtables. There are currently 31 religious freedom roundtables and partners in the global network.

We look forward to working closely with your administration to continue this work that has led to foreign policy wins, including:

While we hold an extremely broad diversity of theological views and political positions, we all agree on the importance of international religious freedom. It strengthens cultures and provides the foundation for stable democracies and their components, including civil society, social harmony, and economic prosperity. As such, it is also an effective counter-terrorism weapon, key to US national security interests, as it pre-emptively undermines religious extremism. History and modern scholarship make it clear that where people are allowed to practice their faith freely, they are less likely to be alienated from the government, and more likely to be good citizens.

Such conclusions are increasingly bolstered by empirical research. Dr. Brian Grim, a noted expert on society and religion, found a strong correlation between government restrictions on religion and religiously-motivated violence.[1]Further, an exhaustive study by academics from Harvard, Notre Dame, and Georgetown found “that religious communities are most likely to support democracy, peace and freedom for other faiths, and least likely to take up the gun or form dictatorships, when governments allow them freedom to worship, practice and express their faiths freely and when religious communities in turn renounce their claims to permanent offices or positions of policy-making authority.”[2]

Further, situations such as the Rohingya genocide in Burma, mass imprisonment and exploitation of Uyghurs and other faith groups by the Chinese government, ISIS genocide against Yazidis and Christians in Syria and Iraq, religious conflicts and violence in Nigeria, and the spike in terrorist attacks in many parts of Africa only underscore the importance and urgency of expanding and strengthening U.S. international religious freedom policy, engagement, and leadership.

As you recently wrote in The Christian Post, “every person on earth is equal in rights and dignity… It is the same creed that is at the core of our American experiment and written into our founding documents – that we are all created equal and endowed by our creator with inalienable rights… We have to strive harder to come together, and to love our neighbors as ourselves… We must again become a nation that defends the inherent dignity of every human, upholds the blessings of liberty, and provides a haven for those fleeing violence or persecution.”

As you emphasized, we need new approaches to defend and advance religious freedom and we encourage your administration to work on these issues through cooperative engagement with a focus on human dignity and pluralism.

We encourage your administration to work with us in the global movement that is building around religious freedom; to consolidate and expand recent improvements in the US IRF infrastructure, strengthen U.S. IRF policy, and make a major contribution to international justice and stability, fundamental human rights, economic growth, and U.S. national security.

To those ends we respectfully recommend the following actions:

By implementing these recommendations and working with IRF civil society advocates and the growing IRF global movement, you will strengthen your planned foreign policy initiatives to build strong bilateral and multilateral partnerships, advance global security in the fight against persecution, religious extremism and terrorism, and send a clear message in support of the inherent dignity of every human being.

We stand ready to serve as a civil society partner and resource to help your administration build on the more than two decades of bipartisan tradition of supporting IRF and advance this universal freedom to the next level.