UNITED NATIONS: Over 40 countries stand against anti-Semitism at the UN 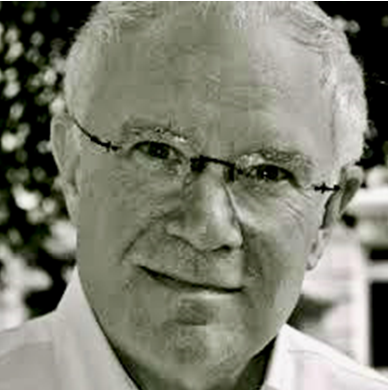 Over 40 countries stand against anti-Semitism at the UN

Foref (06.10.2021) – https://foref-europe.org/blog/2021/10/06/3298/ – During the current session of the UN Human Rights Council, Austria, along with the Czech Republic and Slovakia, issued a special statement denouncing antisemitism.  The statement was signed by 43 other governments.  The World Jewish Congress cooperated in gathering support for the statement.

Austrian Foreign Minister Alexander Schallenberg said in a video presentation that the Covid epidemic “has overshadowed many crises and has diverted our attention from critical developments such as rising antisemitism, intolerance and hatred.”  He said the fight against antisemitism needed to be joined by “anyone who believes in the values of equality, justice and liberty.”

Austria’s forthright move against hatred and prejudice against Jews comes at a time of growing recognition that demonization of State of Israel in the United Nations often reflects antisemitic motivations.  No other UN member is more often singled out for condemnation in UN Human Rights Council and General Assembly resolutions, and other UN bodies, like UNESCO, do the same.

Hillel Neuer, director of the NGO UN Watch, tried to inform the Human Rights Council about antisemitic social media posts made by teachers working for the UN Relief and Works Agency. When he read actual quotes as evidence of this problem, his intervention was cut off by President of the Council Nazhat Shameen Khan.  https://www.jpost.com/middle-east/unhrc-cuts-off-un-watch-for-quoting-antisemitic-posts-by-unrwa-teachers-680891

Indeed, the UN’s treatment of the world’s only Jewish state is a scandal and an embarrassment to multilateralism.  Since its formation in 2006, the UN Human Rights Council has never passed a resolution condemning China, or any against Cuba, Saudi Arabia or Pakistan. Yet during this period the Council has passed 95 resolutions condemning Israel.  Likewise, since 2015, the UN General Assembly has condemned Israel 112 times, but has never passed a resolution criticizing China or Cuba.  At the Human Rights Council, no other UN member is subjected to mandatory negative examination as is Israel with Agenda Item 7.

When introducing the session during the current Council meeting, UN High Commissioner for Human Rights Michelle Bachelet said she was “honored” to present a series of reports; each of those reports is biased and politicized, full of dubious charges against the Jewish state.  An effort by the US government to get rid of Article 7 as a key element of reforming the Council, led by Ambassadors Nikki Haley and Kelley Currie under the Trump administration, got nowhere.

No one should deny that serious human rights problems exist in the West Bank, or that improvements in realizing the rights of Arab citizens in Israel could be made.  But the territorial dispute between Israel and the Palestinians is but one of a number of such disputes around the world.   Yet it lands on the front pages of media almost every day, and given disproportionate attention, reflecting an obsession with the Jewish state, especially in European countries historically plagued with antisemitism. Major human rights groups like Human Rights Watch have contributed exaggerated and libelous claims, such as that Israel is an “apartheid state.”  They only serve to convince the Israeli people that they have no chance that their precarious security problems will be understood in the international community.  Perhaps these incendiary charges even incite violence.

The Austrian government is to be commended for standing against rising global antisemitism, which is affecting Austrian society itself.  Antisemitism is a long-standing problem in Austria, and in 2020 antisemitic crimes reached record levels.  Crimes targeting Jews are rising in most Western countries.  Antisemitic beliefs and attitudes appear to be moving toward mainstream legitimacy, fueled by ideological extremism and conspiracy theories from both the left and right.  It is thus good that numerous states (see list below) joined the statement by Austria, the Czech Republic, and Slovakia.  We can only wonder why many more have not joined it.  We hope more will.

Signatories to Austria’s statement, according to the Jerusalem Post:

Dr. Aaron Rhodes authored this article. He is Senior Fellow in the Common Sense Society, and President of the Forum for Religious Freedom-Europe (FOREF). Follow him on Twitter: @Rhodesaaron

Further reading about FORB in the world on HRWF website