UKRAINE: The first major massacre in the ‘Holocaust by bullets’: Babi Yar, 1941 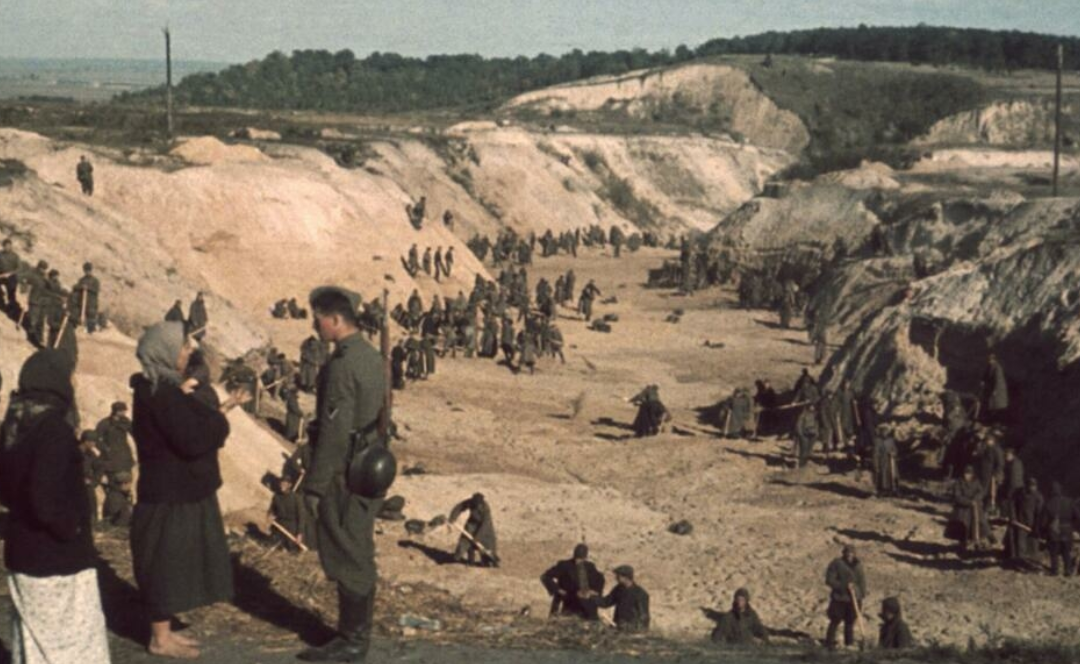 The first major massacre in the ‘Holocaust by bullets’: Babi Yar, 80 years on

France24 (29.09.2021) – https://bit.ly/3uq3dNk – On September 29 and 30, 1941, more than 33,000 people, mostly Jews, were executed in the Babi Yar ravine near the Ukrainian capital Kyiv – one of the largest mass murders in the Holocaust. FRANCE 24 looks back at this unspeakable event 80 years on, as plans are finally underway for an official museum honouring the victims’ memory.

“A policeman told me to undress and pushed me to the edge of the pit, where a group of people were awaiting their fate. Before the shooting started, I was so scared that I fell into the pit. I fell onto dead bodies. At first I didn’t understand a thing: where was I? How did I end up there? I thought I was going inside. The shooting went on; people were still falling. I came to my senses – and suddenly I understood everything. I could feel my arms, my legs, my stomach, my head. I wasn’t even injured. I was pretending to be dead. I was on top of dead people – and injured people. I could hear some people breathing; others were moaning in pain. Suddenly I heard a child screaming: ‘Mum!’ It sounded like my little daughter. I burst into tears.” Dina Pronicheva, one of the few survivors of the Babi Yar massacre, captured its horror when she gave testimony in the trial of fifteen German soldiers in Kyiv in 1946.

At the Babi Yar ravine just outside Kyiv, 33,771 civilians were massacred on September 29 and 30, 1941, according to figures the Einzatsgruppen C (a Waffen SS travelling death squad) sent back to Berlin.

This followed the Nazis’ capture of Kyiv on September 19, as they stormed through Soviet territory after launching Operation Barbarossa in June. Nearly 100,000 Jews fled the Ukrainian capital before the Nazis took it. But for those who remained, it was the beginning of a nightmare.

As explosions planted by the Soviet secret police the NKVD rocked Kiev, the Nazis decided to eliminate the city’s Jews – driven by the Judeo-Bolshevik conspiracist canard at the heart of Nazi ideology, which falsely alleged that the Jewish people were responsible for Bolshevism.

The German occupiers demanded that Kyiv’s Jews gather near a train station on the city’s outskirts for “resettlement” elsewhere; those who refused to go there were threatened with death.

Read the full article on the website of France24

Photo : A German Einsatzgruppen soldier talks to two unidentified women at the top of the Babi Yar ravine, where more than 33,000 people, mostly Jews, were massacred on September 29 and 30, 1941. © Wikimedia