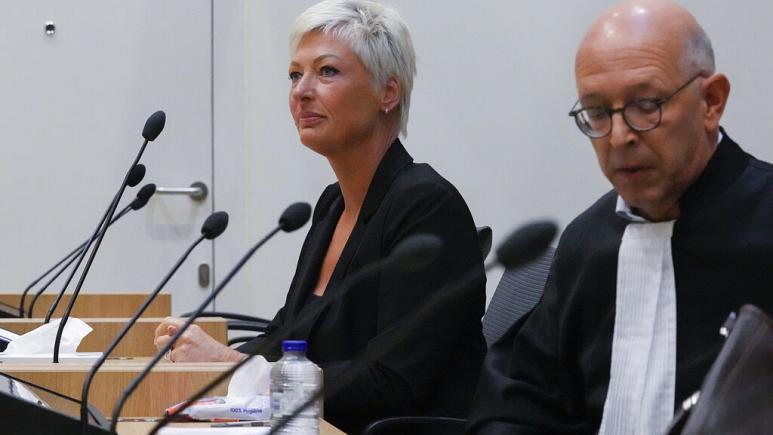 All 298 passengers and crew were killed when the aircraft was downed over conflict-torn eastern Ukraine on July 17, 2014.

Prosecutors say the plane was hit mid-air by a Buk missile system trucked into Ukraine from a Russian military base.

Russia denies any involvement in the downing.

After a years-long international investigation, prosecutors charged four suspects with multiple counts of murder for their alleged involvement in shooting down of the aircraft.

The trial opened in March 2020 with a long series of preliminary hearings before lawyers began discussing the merits of the case in June.

Under Dutch law, the relatives are allowed to make a victim impact statement to the court, without being asked questions.

Around 90 people plan to do so over the next three weeks, some speaking via live video links from abroad.

“Next to the verdict, I think it is probably one of the most important days for the family members because they can speak to the court,” said Peter Langstraat, a lawyer representing victims’ relatives.

“Through speaking to the court, they speak to the suspects and also to the responsible people wherever they are hiding,” he added. “This is a form of communication with the people who are responsible for this disaster.”

The first to speak on Monday was Ria van der Steen, who lost her father and stepmother in the crash.

Speaking at the courtroom at Schiphol airport near Amsterdam, van der Steen told of the nightmares that woke her up screaming and of the impossible goodbye to her loved ones.

“I saw the wreckage, bodies, personal effects, I could not stop crying until I woke up screaming,” she said.

After first being told it would not be possible to identify the bodies of her loved ones, van der Steen finally learned that her father had been identified thanks to a tiny piece of bone of his hand.

“I knew it was them, but emotionally I did not want to accept it,” she told the court.

Sander Essers also told the court that his brother Peter had called him about 20 minutes before boarding MH17 in Amsterdam.

“He was dead scared and asked me urgently whether or not he should board the plane. I often suddenly feel that I am partly to blame for his death,” Essers said.

None of the four suspects on trial — Russians Igor Girkin, Sergey Dubinskiy, Oleg Pulatov and Ukrainian Leonid Kharchenko — has appeared in court.

Only one, Pulatov, has lawyers representing him, while all four men deny the charges.

Last week, investigators appealed to Russians to come forward with information about the deployment of the missile that investigators say downed the plane.