UKRAINE: A Ukrainian blogger under threat of extradition in the EU 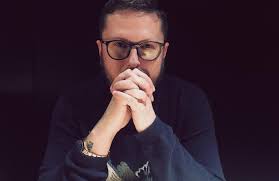 A Ukrainian blogger under threat of extradition in the EU

Recently, Anatoliy Sharij, a Ukrainian blogger living in an EU country for several years, was accused by the Security Service of Ukraine (SSU) on “High Treason” under the controversial Article 111 of the Criminal Code of Ukraine. This article states that ‘an act willfully committed by a citizen of Ukraine in the detriment of sovereignty, territorial integrity and inviolability, defense capability, and state, economic or information security of Ukraine: joining the enemy at the time of martial law or armed conflict, espionage, assistance in subversive activities against Ukraine provided to a foreign state, a foreign organization or their representatives, shall be punishable by imprisonment for a term of ten to fifteen years.’

Sharij is also accused of committing ‘willful actions inciting national, racial or religious enmity and hatred, humiliation of  national honor and dignity’ under Article 161, Part 1, of the Criminal Code which provides for a prison term of five years. Kyiv would like to have him extradited. If so, he would spend many years behind bars for using his freedom of thought and expression.

These two very serious accusations did not remain unnoticed to Human Rights Without Frontiers (HRWF) which started to investigate the issue. From open sources, it has quickly appeared that he was portrayed as a journalist being pro-Kremlin, pro-Putin, pro-Russia. This sort of accusation is quite common in a polarized country like Ukraine where since the murder of Gongadze in 2000 a number of other journalists and bloggers have been assassinated, attacked or imprisoned. Kharkiv Human Rights Protection Group, the Committee to Protect Journalists, Reporter Without Borders and other NGOs have widely reported on these issues. As usual, HRWF has wanted to look for the facts beyond the smoke of the fast food media.

Since 2014, Sharij has been feeding a blog which has 2.5 million subscribers and 4 billion views, according to him. Among his followers, 50% are from Ukraine, 30% from Russia and the rest from Russian-speaking people all over the world. Since he became a blogger, he criticized the successive presidents and governments of Ukraine but also members of the Verkhovna Rada, civil servants, oligarchs, neo-Nazi networks and mafia rings. Corruption and mismanagement of foreign funding are two major issues he has investigated.

For years, the success of his blog in Ukraine has been disturbing all those who run or want to run the country. After Presidents Yanukovych and Poroshenko, it is now the turn of President Zelensky. When Human Rights Without Frontiers met him in early September, he said, “I believed in Zelensky and I supported his candidacy during the last presidential campaign because I had been very disappointed by Poroshenko but now I have multiple reasons to criticize President Zelensky as he is not respecting his electoral promises.”

As it could be expected, Sharij got all sorts of threats, including physical ones by neo-Nazis. In the summer of 2011, an unidentified aggressor shot in his car but fortunately he was not hurt. The Ukrainian Ministry of the Interior concluded that he had staged this attempt on his life, which Sharij vehemently denies. The car shooting incident was cited as an example of attacks on journalists in Ukraine in the Human Rights Watch report for year 2011.

In 2012, under the administration of Yanukovych, Sharij fled to Lithuania because he feared for his life and he got political asylum in that EU country. This status is rarely challenged once it is granted but in 2015, the main Lithuanian news website in English, Delfi, titled one of its news “Anatoli Sharij, a favorite friend of Putin.” Sharij says that he sued Delfi about this and that the media outlet was not able to provide any evidence of its assertions.

The Immigration Department was however requested to reconsider the blogger’s status but concluded there was no objective reason to start such a procedure. Some more attempts initiated by unidentified actors were made to have his status reviewed but the Immigration Center sticked to its first decision.

Last but not least, four days after President Gitanas Nausėda of Lithuania paid an official visit to Ukraine on 18-19 March 2021, the Ukrainian blogger received a letter from the Lithuanian Department of Migration in which he was asked if there were any real threats against him in Ukraine. He answered with a detailed and documented list of a series of incidents and threats he had been the target of.

On 14 April 2021, less than a month after the meeting between President Zelensky and President Nausėda, the blogger received another letter from the Immigration Department saying that he was deprived of his residence permit in Lithuania. Two days later, on 16 April, he received another letter informing him that a procedure for “withdrawing his refugee status” had been initiated.

In early June 2021, some Lithuanian media announced that Sharij had been stripped of his political asylum status.

This administrative decision is being appealed by his lawyers. A court is expected to release its ruling by the end of September but the blogger told Human Rights Without Frontiers “I am not optimistic. This is obviously a politically motivated case.”

In the meantime, the blogger decided in 2015 to look for a safe haven in another EU country as, in Lithuania, he had started to receive again lots of threats as an alleged friend of Putin. During his interview with Human Rights Without Frontiers, he strongly denied such an unfounded relationship as pure propaganda meant to discredit him and silence him:

“As a Ukrainian citizen my position is that Crimea is part of Ukraine.

I have the same opinion concerning the whole of Donbas but I disagree with our government about its diagnosis of the situation there and its policies.”