TURKMENISTAN: Another second-time jailing as a conscientious objector 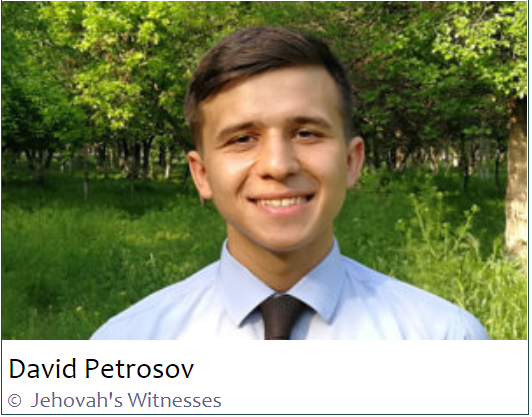 On 11 January, four weeks after his arrest, a court in Turkmenistan’s eastern Lebap Region sentenced 20-year-old Jehovah’s Witness conscientious objector Ruslan Artykmuradov to two years in a strict regime labour camp. He had told the Military Conscription Office that he was prepared to do an alternative, civilian service, but Turkmenistan does not offer this. Turkmenistan has rejected repeated United Nations calls to introduce such a service.

Judge Chemen Berdyeva of Sayat District Court handed down the harsher sentence as this is the second time the court has sentenced Artykmuradov to a jail term for refusing compulsory military service on grounds of conscience. He served a one-year ordinary regime jail term from August 2018 to August 2019 (see below).

Also in Lebap Region, Danev District Prosecutor’s Office informed four other Jehovah’s Witnesses on 30 December 2020 that criminal cases had been opened against them for refusing compulsory military service on grounds of conscience. All four had already been convicted and served sentences on the same charges. No dates have yet been set for any trials (see below).

Artykmuradov is the 25th conscientious objector to military service known to have been convicted and jailed since Turkmenistan resumed such jailings in January 2018, and one of nine currently jailed (listed at the end of this article). All of them are Jehovah’s Witnesses.

Including Bahtiyar Amirjanovich Atahanov (born 17 June 2000), who has been serving a jail term since July 2019, nine Jehovah’s Witness conscientious objectors are serving jail terms of between one and four years. Eight of them are imprisoned in Seydi Labour Camp in the eastern Lebap Region (see full list below).

Officials of Sayat District Court and Sayat District Prosecutor’s Office refused on 14 January to explain to Forum 18 why Artykmuradov was being punished for the second time simply for offering to do an alternative civilian service rather than military service (see below).

Six Jehovah’s Witness conscientious objectors were freed from Seydi Labour Camp in 2020 after serving their sentences in full. The most recent was Eziz Dovletmuradovich Atabayev (born 15 March 1998), freed on 19 December 2020.

An official of the regime’s Commission for Work with Religious Organisations and Expert Analysis of Resources Containing Religious Information, Published and Printed Production said chief specialist Nasrullah ibn Ibadullah was not there and put the phone down. An official at the office of the regime-appointed Human Rights Ombudsperson Yazdursun Gurbannazarova put the phone down as soon as Forum 18 asked to speak to her (see below).

The telephones of Yusupgeldi Durdiyev, the Cabinet of Ministers official who chairs the government’s Commission controlling religious communities, and of Yusupguly Eshshayev, the regime-appointed Chair of the Mejlis (Parliament) Human Rights Committee, went unanswered each time Forum 18 called on 14 January (see below).

Jehovah’s Witnesses are conscientious objectors to military service and do not undertake any kind of activity supporting any country’s military. But they are willing to undertake an alternative, totally civilian form of service, as is the right of all conscientious objectors to military service under international human rights law.

Turkmenistan has ignored repeated international calls, for example by the United Nations Human Rights Committee, to introduce a genuine civilian alternative to compulsory military service, to stop prosecuting and punishing conscientious objectors, and to compensate those it has punished.

The UN Human Rights Committee has published 13 Decisions in favour of 15 conscientious objectors from Turkmenistan, all of them Jehovah’s Witnesses. In its most recent such Decision, published on 17 September 2019 (C/126/D/2302/2013), it ruled that the right to freedom of religion or belief of former conscientious objectors Juma Nazarov, Yadgarbek Sharipov, and Atamurad Suvhanov had been violated by their jailing (see below).

Asked why the regime is not willing to introduce a civilian alternative service in line with repeated United Nations (UN) recommendations, and why young men continue to be imprisoned, an official of the Foreign Ministry’s International Organisations Department told Forum 18 in August 2020 that Turkmenistan “is dealing with these bodies, including the UN”. He said he did not agree that Turkmenistan was failing to implement UN human rights recommendations (see below).

Another Jehovah’s Witness conscientious objector former prisoner, Arslan Begenchov, lodged a case to the UN Human Rights Committee in 2018 and is awaiting a decision (see below).

Jehovah’s Witnesses filed a complaint with the UN Working Group on Arbitrary Detention In May 2020 on behalf of 19 current or former jailed conscientious objectors. The 19 men include some of those currently imprisoned in Seydi Labour Camp, plus others who have been released after serving earlier sentences.

Other prisoners of conscience jailed for exercising the right to freedom of religion or belief – all of them Muslims – are serving far longer jail terms (see below).

Jehovah’s Witness conscientious objector Ruslan Khadynyaz oglu Artykmuradov (born 24 May 2000), who lives in the eastern Lebap Region, filed a written statement on 14 December 2020 with Sayat District Military Conscription Office refusing compulsory military service. He also filed a motion to Sayat District Prosecutor’s Office to terminate the case it had lodged against him under Criminal Code Article 219, Part 1. This punishes refusal to serve in the armed forces in peacetime with a maximum penalty of two years’ imprisonment or two years’ corrective labour.

Police arrested Artykmuradov on 15 December 2020 and took him to a police station. Three days later, officers transferred him to the pre-trial detention prison LB-E/9 (known as Abdy-Shukur) in the regional capital Turkmenabat. He was held there until his trial at Sayat District Court.

On 11 January Artykmuradov was sentenced, four weeks after his arrest. Judge Chemen Berdyeva of Sayat District Court found him guilty under Criminal Code Article 219, Part 1. This punishes refusal to serve in the armed forces in peacetime with a maximum penalty of two years’ imprisonment or two years’ corrective labour.

On 14 January an official of Sayat District Court claimed to Forum 18 that Judge Berdyeva was not at the court. Asked when she would be available, he responded: “Tomorrow, maybe.” He then put the phone down.

The same day an official of Sayat District Prosecutor’s Office refused to explain to Forum 18 why Artykmuradov was being punished for the second time, simply for offering to do an alternative civilian service rather than military service. The official also refused to identify the prosecutor in the case and put the phone down.

After holding Artykmuradov since 18 December 2020 at the pre-trial detention prison LB-E/9 in Turkmenabat, the prison authorities are expected to transfer him once the sentence is in force to a strict-regime labour camp. The most likely labour camp is at Seydi in Lebap Region, where the strict regime camp LB-E/11 is next to the ordinary regime labour camp LB-E/12 where the eight other jailed conscientious objectors are held (see below).

A prisoner died of coronavirus on 14 August 2020 in strict-regime labour camp LB-E/11, Turkmen.news noted on 24 August 2020. Government officials claim that the country has no coronavirus infections.

Prison authorities could send Artykmuradov to serve his sentence in the strict-regime labour camp MR-E/16 at Bayramali in Mary Region. Camp officials are known for high levels of corruption. After prison visits from relatives were banned in March 2020 because of coronavirus, prison guards began offering prisoners to buy food from them to make up for food parcels earlier brought by prisoners’ relatives, Turkmen.news noted on 19 November 2020.