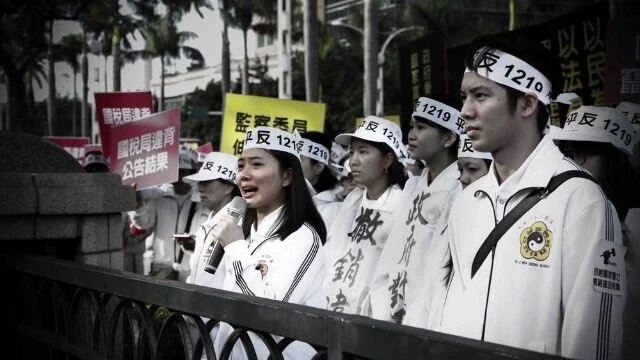 HRWF (31.07.2021) – On 31 July, Tai Ji Men, an ancient school of Qigong, martial art and self-cultivation in Taiwan, commemorated the UN International Day of Friendship by co-organizing with CESNUR (Center for Studies on New Religions) and HRWF (Human Rights without Frontiers) an international webinar about its efforts to make friends and show solidarity with vulnerable and anonymous victims of undue or arbitrary harassment by the National Taxation Bureau.

Our world faces many challenges, crises and forces of division — such as poverty, violence, and human rights abuses, among many others — that undermine peace, security, development and social harmony among the world’s peoples.

To confront those crises and challenges, their root causes must be addressed by promoting and defending a shared spirit of human solidarity that takes many forms — the simplest of which is friendship.

Through friendship, we can contribute to the fundamental shifts that are urgently needed to achieve lasting stability, weave a safety net that will protect us all, and generate passion for a better world where all are united for the greater good. Tai Ji Men teachings are fully in line with these objectives and the young dizi it is educating in this spirit are one of the corner stones of tomorrow’s world.

It is in 2011 that the United Nations adopted a resolution by which it chose a specific day, 30 July, to put the value of friendship on its radar and celebrate the power of love and kindness. The UN hereby recognized the relevance and importance of friendship as a noble and valuable sentiment in the lives of human beings around the world.

The idea of a World Friendship Day was first proposed in Paraguay in July 1958 by Dr. Ramon Artemio Bracho during a dinner with friends in Puerto Pinasco, a town located about 200 miles north of Asuncion, the capital of the country. Out of this humble meeting of friends, the World Friendship Crusade was born. Since then, 30 July has been faithfully celebrated as Friendship Day in Paraguay every year and has progressively been adopted by several other countries.

Friendship between peoples, countries, cultures and individuals can inspire peace efforts and presents an opportunity to build bridges between communities by honouring cultural diversity, by promoting dialogue among civilizations, solidarity, mutual understanding and reconciliation.

To mark the International Day of Friendship the UN encourages governments, international organizations and civil society groups to hold events, activities and initiatives that contribute to the efforts of the international community towards promoting a dialogue among civilizations, solidarity, mutual understanding and reconciliation.

International Friendship Day celebrations happen to occur on different dates in late July or early August in different countries. In India, for example, they celebrate it on the first Sunday of August. In Argentina, it has turned into a very popular mass phenomenon. Seats in most restaurants, bars, and other establishments are often completely booked a week before the celebration.

In Taiwan, Tai Ji Men is responding today to the call of the United Nations by mobilizing all its human forces not only to celebrate and enjoy this special day but to give a new impetus to its program of solidarity with victims of injustice in Taiwan. In particular vulnerable and anonymous victims of undue or arbitrary harassment by the National Taxation Bureau. Tai Ji Men is their voice in Taiwan but it is also their voice on the global stage as a video that we will now watch will show you.