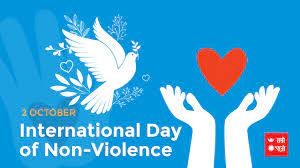 HRWF (22.10.2021) – On 1 October, CESNUR and Human Rights Without Frontiers (HRWF) organized a webinar to celebrate the UN International Day of Non-Violence due to take place on the next day. On this occasion, HRWF presented a paper about a case of violation of freedom of peaceful demonstration and expression in Taiwan related to the case of Tai Ji Men.

This forcible intervention of the Enforcement Agency and Taxation Bureau was allegedly due to a tax bill dating back to 1992, despite this bill having been recognized as an unjustified tax disposition by Taiwanese courts. This act of administrative violence has remained unpunished up to now.

Some suspect that there was a profit-making objective behind this auction.

The peaceful demonstration and arrest of Ms Huang

On 19 September 2020, a volunteer for the Legal and Tax Reform League and Tai Ji Men member, Ms Huang, used her right to freedom of expression guaranteed by the Constitution of Taiwan to question and denounce the lucrative nature of this auction. This 60-year-old housewife and a mother of two children was about to peacefully promote taxpayer’s rights on the street with others while holding a sign with enforcement officer Lee Gui-fen’s name on it when she was surrounded by several police officers.

The officers stopped the demonstration when it just started. Without any justified reason, they demanded that Ms. Huang present her ID.

When other volunteers politely asked whether they were in a restricted area where individuals are prohibited from holding signs promoting their ideas and why they were questioning Ms Huang, the police did not respond. Instead, they asked that everyone show their IDs and ordered the volunteers to leave. They also threatened that anyone recording the scene would be questioned or detained in the police station for three hours. By disrupting the voluntary and peaceful promotion of taxpayer’s rights, the authorities deprived these individuals of their right to freedom of assembly and freedom of speech.

The volunteers finally cooperated and provided their IDs. The police officers checked them and didn’t take any further action against Ms Huang. But thirty minutes later, the police officers surrounded Ms Huang again while she no longer had the sign with Lee Gui-fen’s name on it. They searched the bag belonging to another volunteer without a search warrant or her consent. One of the police officers discovered a poster with Lee Gui-fen’s name on it, forced Ms Huang to hold it visibly and claimed that they caught her red-handed. Moreover, even when Ms. Huang and other volunteers asked what crime Ms. Huang had committed, the police did not tell her at all, and they arrested her directly. The volunteers did not know where Lee Gui-fen lives, and they simply were holding the signs by the roadside or on an empty lot. However, the Chief of the Zhubei Branch, Hsinchu County Police Department, Hsieh, Po-Hsien had publicly stigmatized the volunteers many times, claiming that the volunteers went inside the residence of a civil servant, Lee Gui-fen, to slander her by name, endangering the personal safety of her family members. Such accusations are grossly false and unfounded.

Ms Huang was taken to the Liu-Jia police station in Zhubei by more than a dozen police officers without being informed of the charges against her until the investigation.

During the interrogation at the police station, Ms Huang was treated with complete disrespect. She was accused of publicly defaming a public servant, Lee Gui-fen.

In the meantime, a group of peaceful protesters gathered outside the police station. One of them, Dr. Tze-Lung Chen, former professor of law at National Taiwan University, repeatedly asked why they had arrested Ms Huang. The police refused to answer, claiming they could not comment on an ongoing prosecutorial investigation despite it only being a police investigation. Professor Chen accused the police officers of abusing their power and urged them to release Ms Huang as there was no written complaint of her alleged defamation or intimidation.

However, instead the police transferred her to the Prosecutor’s Office. With no regard for her age nor physical and mental state of health, she was deprived of her freedom and interrogated for nearly eight hours in the police station and prosecutor’s office. She was not released by the Prosecutor until 1 am and the prosecutor imposed a restriction on her residence.

During the interrogation, many angry volunteers wanted to press charges against the police for illegally arresting Ms Huang, but the prosecutor refused to accept them.

The arrest caused immense mental and physical distress for Ms Huang. After hours of interrogation, first at the police station and then at the Prosecutor’s Office, she fainted and was sent to hospital. A doctor there diagnosed her with acute stress and trauma syndrome.