TAIWAN: Tai Ji Men’s denial of justice as seen by a former judge 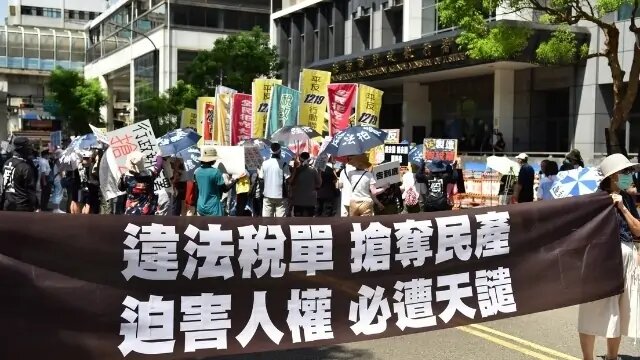 On 15 September, Prof. Tsan-Tu Lin, a former judge, analyzed the miscarriage of justice concerning Tai Ji Men during a webinar co-organized by CESNUR and Human Rights Without Frontiers

See the video on YouTube https://youtu.be/Z6QoKl7KJzE and the background of the case on https://bitterwinter.org/tai-ji-men-and-the-tai-ji-men-case-a-background/

The not-guilty decisions show that there isn’t a tax problem. However, taxes were levied on Tai Ji Men by Taiwan’s National Taxation Bureau of the Central Area from 1991 to 1995. No tax should be charged on Tai Ji Men because the not-guilty decisions were issued. They were the same case, for the five tax years. Finally, the years 1991, 1993, 1994, and 1995 were declared to be tax-free. The National Taxation Bureau, on the other hand, upheld the 1992 tax bill. This contradicts itself. Since 1992 is no different from the other years, why was Tai Ji Men subjected to taxation for that particular year?

The underlying facts for the five years were the same. When the taxation bureau made a mistake, it could revoke the tax bill itself under Article 117 of Taiwan’s Administrative Procedure Act. Even if the tax authorities do not revoke the tax bills on their own, the people can request revocation through Article 128 of Taiwan’s Administrative Procedure Act.

There is a question over whether the five-year statute of limitations applies in this case. Our government agencies have clearly made a mistake and should correct it on their own. As a result, the paragraph about Taiwan’s five-year statute of limitations is quite contentious. I believe the law should be altered, particularly when the executive branch makes a mistake that needs to be remedied.

There is also the issue of recusal in the 1992 tax case. Tai Ji Men’s appeal was rejected by Judge Huang, who handled the case in a lower court and heard it again in the Supreme Administrative Court. A judge cannot hear the same case in a higher court if he or she participated in judging it in a previous trial, according to Taiwan’s Administrative Litigation Act.  The rationale for this is to keep a judge from being swayed by his or her preconceived notions about a case. To put it another way, it is designed to prevent a judge who has already made a mistake from repeating it in a higher court. It is difficult for a court to make an unbiased conclusion if the same judge hears a litigant’s case in both the first and second trials, and this is a particularly questionable component of the Tai Ji Men case.

Despite the fact that a final judgement on the matter was rendered, the National Taxation Bureau of the Central Area had already corrected the taxes to zero for four of the five years. The final decision on the 1992 tax bill is questionable. Why is there a retrial in a court of law for a matter that has already been decided? Judges are human, and they can make mistakes; as a result, we have recourse. To protect people’s basic rights, a judge should not be allowed to judge the same case in both lower and higher courts.

An administrative matter will be forwarded to the Administrative Enforcement Agency for enforcement after a decision is made. The requirements of Taiwan’s Compulsory Enforcement Act are implemented since the applicable rules are insufficient. In other words, the auction can only take place if the seizure is legal.

This case is completely out of the ordinary, and it raises the question of whether the administrative authorities failed to follow the appropriate rules and regulations when conducting the auctions. This case leads us to believe that the entire process did not adhere to the relevant laws and regulations. As a result, I believe the Enforcement Agency’s handling of the matter was highly problematic.

Thanks to Tai Ji Men’s hard-work and advocacy over the years, we hope that the incomplete provisions of the law mentioned earlier can be corrected by amending the law, so that justice can be done to the people.