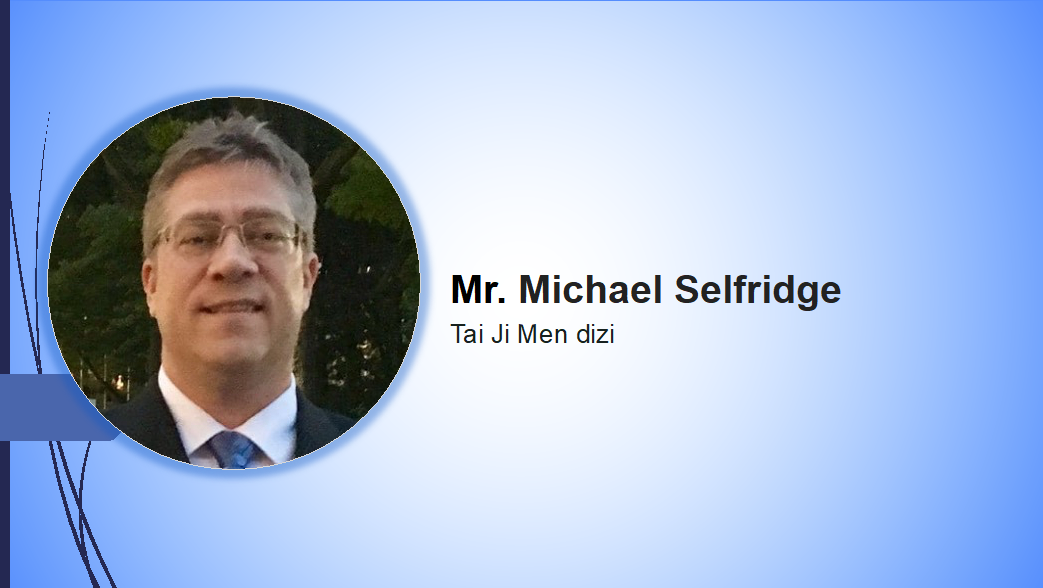 Presentation at the 24 March webinar “The UN Day of the Right to Truth on Human Rights Violations: The Tai Ji Men Case in Comparative Perspective”

By Michael Selfridge, Director of Communication of an International Peace Organization

Around the world, the United States is renowned for its interest in tax justice. After all, we famously rebelled against England due to their unjust tax policies. As a US citizen, I consider myself within that cohort.

As a Caucasian living in the United States, some people may be surprised that I am interested in studying qigong at Tai Ji Men from Dr Hong.

Prior to joining Tai Ji Men, I had read a bit about qigong and it sounded like an interesting form of martial arts. The academy was convenient, and it seemed a good opportunity to learn qigong. Upon entering the academy, I met many helpful and kind members that are supportive of Dr. Hong’s advocacy of self-improvement emphasizing a balance of physical exercises in the form of qigong and mentally through meditation, self-reflection and the application of “heart gong-fu” or conscience.

In my experience, Dr. Hong has dedicated his life to caring for the wellbeing of every Tai Ji Men member, the role he takes is “shifu” a combination of teacher and father and he lives up to this ideal.

Dr. Hong also emphasizes that we are all world citizens. He invited me and other members to join him in traveling the world, spreading his message of peace and conscience. I have been very fortunate to have traveled with Dr. Hong to five continents and have met with numerous heads of states and ambassadors.

I share Dr. Hong’s view that we are all world citizens and as a key principle of martial arts is to stop conflict. In the realm of international diplomacy, in a non-governmental capacity, we emphasize the application of conscience to resolve conflicts and improve the lives of all world citizens. We also enter into dialogs with heads of state, sharing perspectives on peacefully resolving conflicts. After talking to Dr. Hong, multiple world leaders have taken direct actions to stop wars.

It has been one of the greatest privileges in my life to aid Dr. Hong in this mission.

I recall a couple years ago during a meeting at the United Nations, I engaged in a conversation with a representative from China, one of the topics that I brought up was Xi Jinping’s suspension of presidential term limits, enabling him to become president for life, however I recall that the conversation migrated to Taiwan’s taxation policy.

I want to say I have a deep admiration for many aspects of Taiwan and have visited the country many times. Taiwan has a vibrant democracy, a world-renowned health care system, and the citizenry is exceptionally kind and polite. When China was closed to the world, Taiwan was known as a great place to do business, and the nation prospered, but now China is on the ascent and Taiwan needs allies.

Two years ago, I recall meeting Su Jia-Chuan, who at the time was serving as the head of the Taiwan legislature while having dinner with the President of Kiribati, Taneti Mamau during the country’s Independence Day celebrations. Of course, that was before Kiribati restored relations with China and Taiwan lost an ally. We all know, given the chance, China would isolate Taiwan from the world to the same degree that North Korea is isolated from the world. Taiwan needs allies.

You might be wondering why that is. It’s because, despite Taiwan’s vibrant democracy, the national tax agency, with its tremendous taxing authority is among the most corrupt in the world. The tax agents get promotions and bonuses for issuing illegal tax notices, despite being ordered by the executive yuan, legislative yuan, control yuan and supreme court to dismiss illegal tax bills, the Tai Ji Men tax bills remain even after 25 years. Just last year, the Taiwan tax authority violated a court order and sold off real estate belonging to Tai Ji Men, shattering Dr. Hong’s plans to build an international peace complex and qi gong academy.

How can I possibly recommend anyone to ally with Taiwan, when a corrupt tax authority is completely unaccountable to any of the branches of government and does not respect democracy, human rights, and the rule of law.

At this time, Taiwan needs allies and that is why the government must assert control over the corrupt tax authority and the first step must be to cease the illegal tax actions against Tai Ji Men.