TAIWAN: Comparative study on the persecution of religious minorities through taxation France-Taiwan (II) 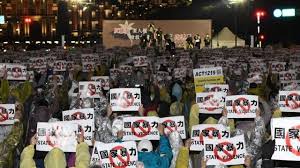 The Evangelical Missionary Church was first registered as an association cultuelle (religious association recognized by the local prefecture) on 3 January 1964 under the name of «Pentecostal Evangelical Church of Besançon” (Eglise   Evangélique   de   Pentecôte   de Besançon). For about thirty years, the church issued receipts to donors mentioning their administrative status of association cultuelle recognized by the local prefecture and consequently exempt from taxes.

The Evangelical Missionary Church based in Besançon has a membership estimated between 500 and 2000 people. It was also on the same black list as the Jehovah’s Witnesses of so-called harmful cult-like movements (mouvement sectaire in French).

A few months after the publication of the report by the French National Assembly, the tax administration knocked on the door of the church to check the its accounting for the years 1993 to 1995. It suddenly found out and ruled that the church failed to fulfill the administrative conditions to enjoy the status of association cultuelle recognized by the prefecture. Consequently, the church could not be exempted from the payment of taxes on its real estate property and on manual donations.

This was an unexpected new interpretation of the General Tax Code that was suddenly applied to the church.

On 16 January 1997, the church answered the administration that it refused to pay such a tax and that part of the donations were in fact a loan made by private persons that had been reimbursed to them in the meantime. However, the tax administration sticked to its decision, claiming there was no evidence of such an arrangement.

On 14 Janvier 1997, the tax administration refused the tax exemption on the religious buildings of the church and claimed the payment of 11,926 EUR.

On 19 September 1997, the church was notified of a supplementary tax assessment and default charges for about 410,000 EUR but went on contesting for years this notification through various legal channels.  On 23 May 2001, the tax administration rejected its claim.

On 30 September 1999, the administrative court of Besançon dismissed the decision of the tax administration concerning the buildings of the church exclusively used for religious purposes.

In 2005, the Evangelical Missionary Church in Besançon had to pay 278,000 EUR to the Treasury of the French state but could only do it by borrowing 127,000 EUR and mortgaging two buildings.

On 12 December 2006, the Court of Cassation rejected their appeal.

Again, the only available recourse was the European Court of Human Rights.

On 11 June 2007, the Evangelical Missionary Church of Besançon lodged a complaint with the European Court of Human Rights against the decision of France’s tax administration.

Almost six years later, on 31 January 2013, the European Court came to the same conclusions as in the case of Jehovah’s Witnesses in 2011 which has become a pilot judgment.

It found an undue interference of the French state in the exercise of religious freedom by the Evangelical Church and a violation of Article 9 (right to freedom of religion). It noted that the tax assessment had concerned the entirety of the manual gifts received by the church, which represented its main funding source. Consequently, the church was no longer able to guarantee to its followers the free exercise of their religion in practical terms.

As a result, the European Court condemned the French State to reimburse 387,722 EUR to the plaintiff as material compensation for the taxes unduly claimed and 55,000 EUR for the legal expenses.

In two other cases of undue taxation, France was condemned for the same malpractice and ill-treatment of a religious group.

The Association of the Knights of the Golden Lotus/Association Des Chevaliers Du Lotus D’Or v. France (no. 50615/07)

The Religious Association of the Pyramid Temple v. France (application no. 50471/07)

The Religious Association of the Pyramid Temple was registered on 3 April 1991. Its main aim was to build an Aumist place of worship in Castellane. After the French administrative authorities had forbidden the implementation of such a project, the association decided to self-dissolve on 10 August 1995, to transfer its movable and immovable property to the Association Vajra Triumphant and task it to defend the freedom of worship of their disciples.

The association was also a victim of the tax administration and had to pay millions of EUR.

On 31 January 2013, the European Court condemned France to reimburse 3,599,551 EUR to the plaintiff as material compensation for the taxes unduly paid to the Public Treasure and 49,568 EUR for other expenses.

The Association of the Knights of the Golden Lotus, an association set up in 1971 to develop the practice of Aumism. The association decided to self-dissolve on 16 September 1995, to transfer its movable and immovable property to the Association Vajra Triumphant and task it to defend the freedom of worship of their disciples.

The association was also a victim of the tax administration when its inspectors revealed donations entered in their accounts. When the association refused to declare the donations, the authorities automatically imposed a tax rate of 60%.

On 31 January 2013, the European Court condemned France to reimburse 36,886 EUR to the plaintiff as material compensation for the taxes unduly paid to the Public Treasure and 10,000 EUR for other expenses.

In all those controversial cases in France targeting non-violent and law-abiding religious and belief groups abusively blacklisted by the legislative and executive powers, there was suddenly a clear manipulation of the Tax Code and the administrative terminology in order to kill them financially. This is another similarity with the Tai Ji Men case.

The big difference is that in our continent there is a supra-national court which can correct questionable national judgments, the European Court of Human Rights.

The case won in 2011 by Jehovah’s Witnesses has become a pilot judgment that afterwards has been used by the European Court for similar cases of arbitrary prosecution of religious and spiritual groups by France’s tax administration.

There is no such supra-national court in Taiwan and the way to the UN is politically closed to Taiwanese victims of injustice. That is why it is important to put their issue on the radar of countries which are committed to freedom of religion or belief and who can use their soft power on Taiwan to have the case of Tai Ji Men properly redressed.