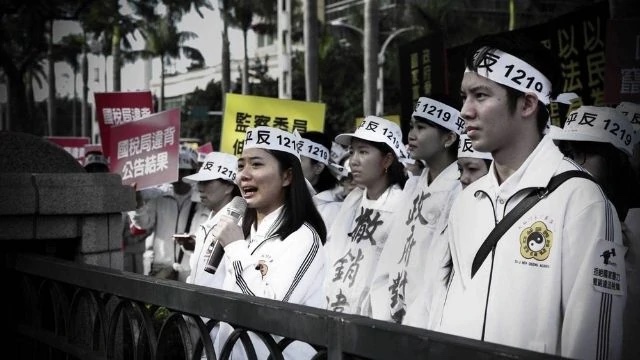 In Taiwan, there are many cases where tax officers abused their power and imposed heavy unjustified taxes.

According to the statistics of the Administrative Enforcement Agency of the Ministry of Justice, the number of new cases of back taxes and fees subject to enforcement has soared from 1.9 million in 2001 to 11.04 million in 2019. On average, one out of every two people in Taiwan would face an enforcement issue. The number of such cases from January to July 2020 rose to 10.7 million, accounting for 96.9% of the number of the cases in 2019. Are Taiwanese unruly citizens or the problems of unjust taxation are rampant?

In order to collect more taxes, the NTB issued unjustified tax bills and asked people to bear the burden of proof. This is also a serious problem. The NTB should not issue a tax bill if it cannot provide evidence to justify its issuance of the tax bill because issuing an unlawful bill is a violation of the investigative and evidentiary procedures. Many tax officers even made false statements and distorted facts. Huang Wen-Huang, a lawyer of Taichung Bar Association, was appointed by Taichung District Court as the administrator of the estate of a deceased person. Attorney Huang not only volunteered to be the pro bono lawyer, but also advanced more than NT$3,000 to handle the case. Unexpectedly, Attorney Huang received a decision from the NTB, which fined him more than NT$55 million in unpaid estate tax and for failure to report the tax. The taxes and penalties amounted to NT$112 million. Attorney Huang said with sorrow that he did not expect that his service as a pro bono lawyer and his paying fees out of his own pocket for the case would cause him to be treated like a thief by the NTB. He is not a beneficiary of the case, but he has to shoulder the tax responsibility. Doesn’t this violate the principle of taxation in accordance with the law?

Lee Young-Hsien, a young man, purchased a house for the first time in 2011 for NT$6.2 million. With miscellaneous expenses such as decorations, deeds, transfer fees, and setup fees, the total cost was $6.6 million. In April 2012, he sold his house for $6.8 million because he could not afford the huge loan..

However, he did not use the address of the house he bought as his household registration address, and for this reason, the NTB determined that he had omitted to report a luxury tax. He lost in his petition and administrative lawsuit. In the end, he had to pay NT$2.04 million in taxes and penalties. He bought that house for the first time in his life and dad no intention of speculation. He sold that house only because he could not afford the mortgage loan anymore, and he did not make any profit at all, but lost money instead. Nevertheless, he was saddled with a tax bill of NT$2.04 million. He cannot pay off the taxes and penalties, so NT$22,000 is deducted from his payroll account each month as an installment payment. He first suffered a loss by selling that house, now he is suffering the unjust taxation. For a laborer like him, NT$2.04 million is a tremendous amount of money. Now the government’s luxury tax program has come to an end, but he is still in the pain because each month $22,000 will continue to be deducted from his salary.

She has suffered from depression, committed suicide twice, and was hospitalized in a psychiatric ward. In addition to high blood pressure, diabetes, and heart disease, she also has stage 3 breast cancer and underwent a surgery. She said that “she has been working so hard, but now she has no way to appeal.” She asked, “Can the country treat its people like this?” What’s more, the government is supposed to help its people with their basic survival needs. But now, for the sake of tax collection, the state has violated the ICCPR and the ICESCR by taking away her money, which was for life-saving medical treatment. This kind of taxation is too harsh and often occurs in various tax categories. We hope the Control Yuan will pay attention to this problem.

Scholars have pointed out that the penalties for taxation in Taiwan are the same as those for the extermination of a family, with the penalties often being two or five times of the original tax, and even 10 or 20 times for stamp duties (generally 0.1 to 0.15 times in Japan, 0.2 to 0.3 times in the United States, and 0.3 to 0.7 times in the United Kingdom). Taiwan’s tax penalties are substantially harsher than those of other countries, to the point that they feel like they’re being used to kill its people. This shows that the tax authorities have abused their power arbitrarily and seriously violated the principle of proportionality and the people’s property rights.

In the centennial year of the founding of the Republic of China (Taiwan), the Chinese Association for Human Rights published the “ROC Centenary, Taxation and Human Rights White Paper,” which compiled the observations of the practical and academic communities on the violations of human rights in Taiwan through its taxation system over the years. It also included a landmark case–the Tai Ji Men tax case.

This case is the collection of various violations of human rights by the tax authorities. The white paper published that year was expected to urge the government to pay attention to taxpayers’ human rights and promote legal and tax reform. However, years later, the path to taxpayer rights protection is still bumpy. Even though years of efforts have led to the creation of the Taxpayer Rights Protection Act, the executive branch has not changed its mindset and does not know how to implement the spirit of human rights protection under the Constitution, so there is still a long way to go to realize taxpayers’ human rights in Taiwan.

From 1924 to 1986, the IRS abused its power without checks and balances and almost destroyed the United States! The NTB’s restricting those who owe taxes from leaving Taiwan; its seizure of property; the interpretative letters and directives, which lack the authorization of the Legislative Yuan; the discretionary power of tax officers; and the over-collected taxes every year are all legacies of the authoritarian era. They have led to numerous tax injustices and demonstrated the failure of the checks and balances mechanism.

In recent years, Taiwan has been flooded with tax disasters, and the public has generally awakened to the call for “true legal and tax reform and saving Taiwan with conscience,” which has triggered a wave of legal and tax reform throughout Taiwan. Volunteers of the Tax and Legal Reform League has visited 7,860 villages across the country to promote tax education and taxpayers’ human rights, and have launched five major demands for tax reform, ten proposals, and a declaration on taxpayers’ human right, which has been endorsed by more than 96% of the former and incumbent community leaders across the country, including 17 county or municipal mayors or vice mayors, and more than 1,400 council members at all levels. We have also organized more than 10,000 seminars and activities, accumulated valuable advice from experts and scholars, and compared the tax systems of various countries as reference for government reform.

The need for tax and legal reform is critical! The two principal pains imposed by the state on the people are judicial punishment and taxation. Human rights protection should be a key value of legislation and administration in a democratic government. Government agencies should be more cautious because taxation is a deprivation of people’s property. Taiwanese citizens are currently facing tax abuses and have no recourse. The Control Yuan has the authority to impeach and censure government officials who have broken the law. It should put pressure on government agencies to improve the tax system. The tax collecting agency must collect taxes in a fair and legal manner, and it cannot operate arbitrarily. The enforcement agency should exhibit compassion and affection for the people. When a conflict arises and people have uncertainties, it is the state’s responsibility to investigate the facts and refrain from forcibly selling people’s property through an illegal auction. Prosecutors, tax collectors, and law enforcement authorities should all be under surveillance. To implement fair legal and tax systems and improve our democracy and rule of law, which is everyone’s earnest hope, there should be a fair reward and punishment mechanism!

For this reason, the Tax and Legal Reform League requests an audience with President Chen in order to bring together the views of scholars and experts, to put the effect of the Control Yuan’s supervision and checks and balances into play, to ensure and promote the realization of taxpayers’ human rights, and to safeguard the inviolable rights to life, property, religion, faith, thought, cultural life, and the pursuit of happiness in the dignity of human nature, which is indeed the blessing of society and the people!

Initiator of the Tax and Legal Reform League, Huang, Chun-Chieh

Representative of the Tax and Legal Reform League, Chuck Cheng

Representative of the Tax and Legal Reform League, Xu, Xiao-Huan

Representative of the Tax and Legal Reform League, Daisy Lui