Ukraine needs a judicial ombudsman to solve its corruption problem

This is the theory of Bate C. Toms, Chairman of the British-Ukrainian Chamber of Commerce.

HRWF (25.09.2020) – In various articles and webinars, Bate C. Toms, Chairman of the BUCC (Managing Partner of B C Toms & Co, Kyiv and London; JD Yale Law School and MS Yale Graduate School) has shared his views about the inefficient fight against corruption in Ukraine and made a number of recommendations to solve this problem. Here is what he said in an article titled “Recommendations to resolve key problems and protect investors in Ukraine” published by Kyiv Post on 11 September. 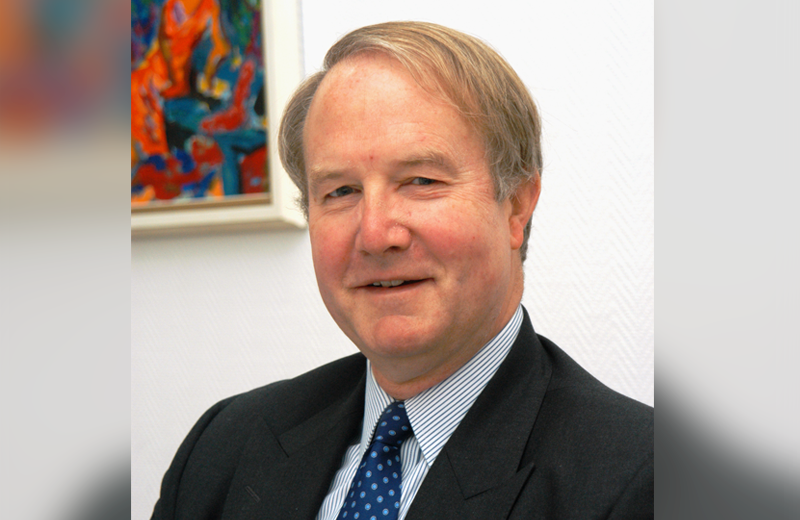 Recent statements published in the KyivPost by a number of political science and economics (but not legal) experts have called for another reorganization of the Ukrainian court framework in response to accusations of court corruption. While Ukrainian courts still have some problems, the last thing the judiciary needs is yet another attempt to revise the number of courts and judicial positions, as apparently one elite tries to replace another, moving positions around without any meaningful systemic reform to actually address corruption. As we earlier predicted, many of the reforms previously adopted to supposedly fight court corruption were superficial and generally unsuccessful – it is time for a different approach.

What is needed instead is true systemic reform that actually addresses the key issue – which is the content of judicial decisions affecting litigants. The BUCC’s proposed solution is to create a Ukrainian judicial ombudsman (sometimes referred to as a “legal ombudsman”) to respond to the critical problem facilitating corruption in Ukraine, which is the total absence of any independent systematic outside oversight over what courts actually do, i.e. of the quality of their decisions. The judicial ombudsman is a “silver bullet” solution that should be relatively simple to implement and that would fundamentally forever improve the Ukrainian judicial system. By creating a judicial ombudsman similar to that in Sweden to investigate decisions that are claimed to not be properly based on applicable law, either due to corruption or incompetence, litigants would be protected from much of the gross corruption of the sort used to dispossess investors in Ukraine, that has resulted in so many bilateral investment treaty (“BIT”) arbitrations for Ukraine. In the early 1900s, Sweden courts were also perceived as being among the more corrupt in Europe, but their judicial ombudsman put their courts onto a completely different course. Ukraine has the potential now to develop, as Sweden has, into a model country, both for commerce and for justice, which are, of course, somewhat linked.

Are court decisions properly decided in accordance with law, or do they constitute “denials of justice” (defined, inter alia, as whenever a court fails to observe its duty to decide a case in accordance with law, and instead renders a decision for which there is no reasonable legal basis)? While this standard is applied for Ukraine with respect to foreign investors under the typical BIT, our proposed judicial ombudsman would apply this standard to all litigants, based also on the Ukrainian judicial oath of office under Article 126 of the Constitution that a judge may be dismissed for failing to “objectively, impersonally, impartially, independently and fairly administer justice, complying only with the law, to honestly and faithfully perform the duties of a judge”.

The BUCC has several variations for this judicial ombudsman proposal (which we will elaborate on in subsequent articles) – the critical decision now is to adopt the principle for the creation of such an ombudsman to be available to review judicial action in response to complaints by litigants. The ombudsman we propose should be able to: (1) send decisions that he or she finds constitute denials of justice, at any judicial level, back for reconsideration by different judges, and (2) recommend that those judges adopting such denial of justice decisions be investigated and possibly lustrated for cause (i.e. for breach of their oath of office, rather than dismissed because of some criterion not relevant to judicial performance).

The proposed judicial ombudsman would therefore provide for a relatively quick review at any judicial level. It would not act like another court to decide cases itself – but rather would provide an independent outside review of the legal basis for a judgment and, where appropriate, recommend a rehearing. This is similar to how BIT arbitration tribunal functions, but a BIT tribunal cannot act until all domestic court appeals are exhausted, which can take two or more years, and the full arbitral process itself to render a final award can take a further three to four years.

For most investors, such a full BIT arbitration process takes too long to protect their investment and costs too much, typically many millions of US dollars. Usually, even where eventually a denial of justice is found in a BIT cases, it is too late for the authorities to discipline the judge for improper behaviour. The BUCC’s proposed judicial ombudsman would be available to react quickly to decisions at any court level at the request of any litigant (foreign or domestic) in time to save the litigant’s property before it is sold on or otherwise destroyed in value. This ombudsman’s decision would function, in effect, only as an interim review to safeguard the litigant’s position, and not as a definitive judgment, with the courts then reviewing in detail the problems identified by the ombudsman.

Such judicial ombudsman review should effectively block corporate raiders from quickly using the Ukrainian courts to effectively steal investor property based on claims made without any genuine legal basis – the most serious court corruption problem currently for the members of the BUCC and other international chambers that invest in Ukraine. For this proposal to work, of course, the person selected to be the ombudsman needs to be someone universally respected as an incorruptible legal expert at the highest level. As for the very effective Ukrainian Business Ombudsman, the appointee might be an eminent foreign legal authority (like the former judges and other legal experts typically appointed to BITs arbitration tribunals), which should help, in particular, to restore foreign investor confidence in the Ukrainian courts.

Thus, rather than needlessly take apart and reorganise the existing Ukrainian judicial system, that will take many more years, will slow down the disposition of existing cases harming litigants while this is on-going and is unlikely to help fight corruption (as the previous reorganisation reform has shown), Ukraine needs systemic reform that addresses the lack of any independent outside oversight of the Ukrainian judiciary to remedy denials of justice that result from corruption or incompetence – i.e. a reform that focuses on what courts actually do in actual cases, and responds to denials of justice for actual litigants, in reality rather than only in theory. This is currently done for foreign investors by the BIT arbitration process (and sometimes by the European Court of Human Rights), but as noted, only after exhaustion of remedies in Ukrainian courts, so it typically takes five to eight years, which is too late to help most investors, and the process is very expensive, so only very large litigants can ordinarily afford to use such BIT arbitration. Consequently, the BIT protections do not sufficiently encourage most potential investors that they will be adequately protected legally in Ukraine.

Instead, Ukraine needs a reform to provide judicial oversight by allowing the rapid review of judicial decisions in response to complaints by litigants made to an independent legal authority, the judicial ombudsman, so that neither corruption nor incompetence can have a decisive influence on the decisions of judges to deprive investors of property – the critical problem presently. The judicial ombudsman that we propose should block court decisions effectively dispossessing investors and others of property without a genuine legal basis.

Previous articles on the BUCC’s Ombudsman proposal can be found at: