HRWF (10.06.2019) – Seven years after prosecution proceedings were initiated by the Czech Republic against Jaroslav Dobes and Barbora Plaskova for alleged rape of eight women in the framework of tantric yoga seminars held between 2004 and 2006, Czech courts have still not been able to reach a final valid decision concerning the accusations.

On the initiative of the Czech Republic, first Barbora Plaskova and later Jaroslav Dobes were arrested in April and May 2015 in the Philippines, where they had both led an international retreat center and lived with their families (and children) for several years. Since then, they have been held in the Filipino Immigration Detention of Bagong Diwa in Manila because the Czech Republic cancelled their passports.

The fact that the judgments of the First Instance Court of Brno (Zlin branch) were twice annulled in their entirety by the High Court of Olomouc is a source of deep concern for Jaroslav Dobes, Barbora Plaskova and their lawyers.

In October 2018, for the second time, the High Court of Olomouc annulled the prison term against the accused delivered by the First Instance Court of Brno (Zlin branch) in its entirety.

The ill-will of the First Instance Court of Brno v. the good will of the High Court of Olomouc

For unknown reasons, the Court of Brno is obviously reluctant in conforming to the judicial standards requested by the High Court of Olomouc.

On 7 October 2014, the Court of Brno sentenced both accused to a heavy prison term in absentia.

On 21 May 2015, the High Court in Olomouc heard the appeals of the accused and dismissed the decision of the Court of Brno for lack of evidence and procedural errors.

It took the Court of Brno two years and eight months to issue a new ruling (!) in which two people had been removed from the list of alleged victims and the prison sentences of both accused had been reduced from 10 years for Jaroslav Dobes and 9 years ½ for Barbora Plaskova to 7 years ½ for both of them.

Four months later, in May 2018, the accused appealed the decision. It only took five months, including the summer vacation period, for the High Court in Olomouc to again cancel the ruling of the Court in Brno in its entirety.

One year later, as of early June 2019, the Court of Brno has still not revised its ruling.

At various stages of the judicial proceedings, the lawyers of Jaroslav Dobes and Barbora Plaskova have complained about infringements of fair trial fundamental principles as enshrined in Article 6 of the European Conventionon Human Rights:

(a)  to be informed promptly, in a language which he understands and in detail, of the nature and cause of the accusation against him;

(b)  to have adequate time and facilities for the preparation of his defense;

(c)  to defend himself in person or through legal assistance of his own choosing or, if he has not sufficient means to pay for legal assistance, to be given it free when the interests of justice so require;

Miscarriage of justice by the First Instance Court of Brno

Throughout the judicial proceedings, the defense counsels of the accused complained about a discriminatory treatment of their clients and the non-respect of the fundamental rights to a fair trial:

It is to be hoped that the proceedings concerning the seven cases sent back for the second time by the High Court of Olomouc to the Court of Brno will take place without any further delay and that the Supreme Court will also soon deal with the appeal of the defendants in the remaining case of Lenka Nevrlkova. 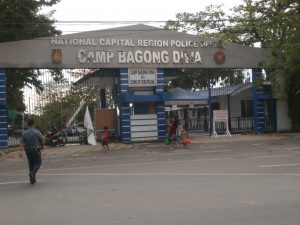 Prague Daily Monitor (06.03.2017) – http://bit.ly/2mRgK0v – Petr Jasek, who spent 14.5 months on espionage charges in prisons in Sudan and was released to the Czech Republic in February, will return to Africa even after the bitter experience, Jasek told journalists after meeting the Brethren Church members yesterday.

Jasek was sentenced to 20 years in prison in Sudan in late January.

In February, Foreign Minister Lubomir Zaoralek negotiated about his release in Khartoum. Sudanese President Omar Bashir then granted pardon to Jasek and ordered his immediate release.

The Sudanese authorities accused Jasek of activities against the state, including espionage. Prague says he was arrested in 2015, during his missionary expedition aimed to help local Christians.

EU bodies, which repeatedly criticise human rights violation and violence against minorities in Sudan, also intervened in Jasek’s case in support of his release. A petition for his release has been signed by 400,000 people, according to the CitizenGO group.

Jasek, together with three African people, was charged on seven counts in Sudan.

Jasek said he might travel to Nigeria where Christians were persecuted, tortured and killed every day.

“I will be certainly travelling to Africa since I am in charge of it in our organisation,” Jasek said.

“It is more or less a matter of time when I will return there,” he added.

“For a time, I will have a holiday for my convalescence, but I will keep contact with my fellow workers. I am looking forward to the work,” Jasek said.

Jasek said he doubted his release was due to the presidential pardon.

“I doubt that the president signed anything,” Jasek said, adding that everything was taking place under the guidance of the secret service in Sudan.

Jasek said the worst situation in Africa was in northern Nigeria.

“This will be certainly the destination of my first journey,” he added.

When asked whether he would return to Sudan after his ordeal, he said if necessary he certainly would.

“However, since I was officially expelled from the country, as it was at least presented to me, I doubt I would be granted the visas again,” Jasek said.

Jasek was forced to stay in five Sudanese prisons.

He was beaten by his fellow prisoners some of whom were Islamists. One of them was a bodyguard of Osama bin Laden.

He was also kept in a solitary confinement dubbed “a fridge” where prison guards let out cold air on him intentionally.

One of the worst experiences was staying in a a small police cell with dozens of other prisoners, he added. He complained about sanitary conditions.

“Some 100 people used one toilet without water. Such conditions are hard for a man to stand,” he said.

HRWF (27.02.2017) – Czech Christian aid worker, Petr Jašek, has been released from prison in Sudan after being pardoned and freed by President Omar Bashir. Jašek, 52, had been detained in Sudan since December 2015. The release apparently comes after the Czech Foreign Minister, Lubomir Zaoralek, visited Sudan this past weekend.

Petr Jašek was originally detained in December 2015 and in January 2017, was sentenced to 23 ½ years in prison for various charges including waging war against the state, violating restrictions in military areas, spreading rumors to defame the state, and inciting strife between communities.

Petr Jasek was arrested alongside two Sudanese church leaders, Hassan Taour and Abdulmonem Abdumawla, who were both sentenced to twelve years imprisonment after being found guilty of ‘aiding and abetting’ Jasek in his alleged spying. Taour and Abdumawla have launched appeals against their sentences, which have yet to be ruled on.

The charges against the three men revolve around their support (both vocal and financial) for a Sudanese student who was injured during a protest in 2013. As Christian Solidarity Worldwide explains, “The case further illustrates the politicization of the criminal justice system by the National Intelligence and Security Services (NISS), which, under the pretext of investigating national security crimes, has brought charges against members of the political opposition, human rights defenders and leaders of minority religions”.

Human Rights Without Frontiers would like to thank all of those who contributed to our campaign to release Petr Jašek.