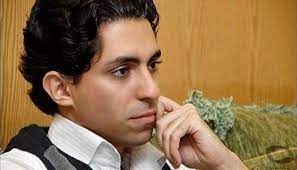 See our Database of FORB Prisoners in Saudi Arabia

HRWF (29.04.2021) – Freedom of expression about religious issues is one of the pillars of freedom of religion or belief along with

the right to have, not to have, to change or to retain a religion

the right of assembly and worship

the right to conscientious objection to military service.

Blasphemy laws are not the only form of restriction to freedom of expression related religious issues.

Freedom of expression about religious issues includes the right to question and to criticize a number of aspects of a religion by outsiders but also by insiders. However, a state should refrain from intervening in theological debates and criminalizing dissenting opinions or so-called heresies.

Raif Badawi was 28 when he was arrested in 2012. He was accused of apostasy. He was also charged for setting up a website that undermined general security and ridiculing Islamic religious figures. In fact, Raif stated on the internet that Muslims, Jews, Christians and atheists are all equal. He claims he never attacked Islam and he only sought to provide a forum for open debate.

In 2013 he was sentenced to seven years in prison and 600 lashes for violating IT law and insulting Saudi Arabia’s Committee for the Promotion of Virtue and Prevention of Vice through his online writings, as well as for hosting writings of others on the “Free Saudi Liberals” website. In June 2015, the Supreme Court upheld a heavier sentence of ten years in prison and 1,000 lashes. He also received a fine of one million riyal (approximately €247,314). He got a first round of fifty lashes, but, due to the continuous mobilisation of the international community, the implementation of the punishment was interrupted. There are reports his flogging resumed in October 2015 inside a prison.

In 2015, the Sakharov Prize, which is the EU’s human rights award, was granted to Raif Badawi.

Sheikh Mohammad bin Hassan al-Habib was 56 when he was arrested in 2016 in Safwa City. He was charged for “Insulting religious leaders” and “calling for sectarianism and disobedience”. He was sentenced to seven years in prison. He is detained at Mabaheth prison in Dammam

He denied the charges and claims he was arrested because of his sermons in which he denounced the violations of the rights and freedoms of the Shi’a minority, He also criticized the fact that the country’s school curriculums included discriminatory statements and perpetuated existing misconceptions and prejudice against members of the Shi’a religious minority, who are considered “infidels”.

On 8 July 2016, while traveling to Kuwait, he was arrested. On 10 July 2017, he was acquitted on the grounds of insufficient evidence, but on 4 January 2018, the first instance court decision was overturned on appeal, and he was sentenced by the appeal chamber of the Saudi Supreme Court (SCC) to seven years of imprisonment. While in detention, he was further charged with supporting protests in Qatif Governorate, and violating the Anti-Cyber Crime Law. On 26 August 2019, he was convicted by the SCC of these charges.  A cassation request was turned down in the same year.

Ashraf Fayadh was arrested in 2014. He was accused of making blasphemous remarks during an argument in a cafe and for renouncing Islam. He denied the charges. He was sentenced to eight years in prison.

Ashraf Fayadh was born in Saudi Arabia to Palestinian refugee parents and, under Saudi law, is classified as a refugee himself. This means he does not have Saudi citizenship. He is a poet and co-curated a Saudi art show at the 2013 Venice Biennale. In February 2016, a Saudi court overturned his death sentence, instead imposing an eight-year prison term and 800 lashes. Also, he must repent through an announcement in official media. The decision by a panel of judges came after Ashraf Fayadh’s lawyer argued his conviction was seriously flawed because he was denied a fair trial. In a briefing on the verdict, Abdulrahman al-Lahem said the judgment revoked the death sentence but upheld that he was guilty of apostasy. His father died of a stroke after hearing of Fayadh’s death sentence, but Fayadh was not allowed to attend the funeral.