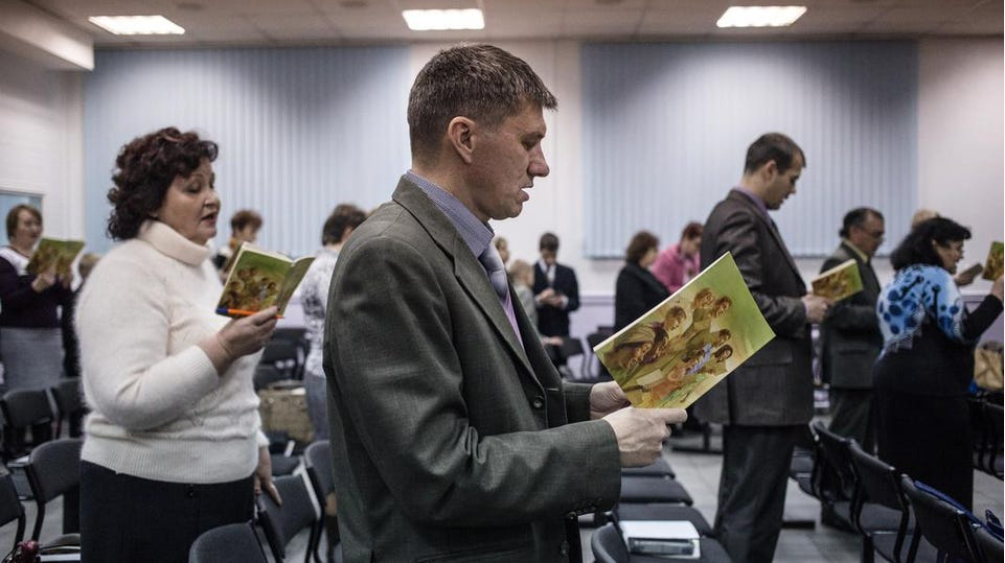 FORBES (17.11.2021) – https://bit.ly/3cptYJp – The United States has added Russia to an index of countries called out over “egregious violations of religious freedom,” Secretary of State Antony Blinken said Wednesday, which could have economic policy consequences for nations listed.

Russia was added to the list amid media reports from ABC News, Foreign Policy and local media of police harassing, detaining and seizing property of the country’s Jehovah’s Witnesses, an offshoot of Christianity with roots in the U.S.

The domination was banned in Russia in 2017 over being “extremist,” and hundreds of worshippers have been jailed since, according to reports.

Russia joins the list alongside countries noted to be places of “particular concern,” including North Korea, Saudi Arabia, Iran, Burma and China, the secretary of state said.

Congress is notified when countries are listed and economic measures can be imposed if other policy options do not stop “particularly severe violations” of religious freedom, according to the state department.

This summer, the Biden Administration warned American businesses against using materials or services created by Uighurs in Xinjiang, China, where the government set up forced labor camps, warning that it is a violation of sanctions preventing forced labor.

On Wednesday, the Russian Supreme Court ruled to ban criminal prosecution of Jehovah’s Witnesses for group prayer, which media outlets like the Moscow Times speculate may end police raids over services.

The list is part of the state department’s annual International Religious Freedom Report, which will be delivered to Congress. The U.S. will “continue to press” countries to address their shortcomings and ensure religious freedom, Blinken said Wednesday. Since the 1991 dissolution of the Soviet Union, which pushed state atheism, religious practice has made a comeback in Russia. The most-practiced religion in Russia is Russian Orthodoxy, a branch of Christianity that traces its history back to the apostle Andrew, who according to tradition traveled and proselytized across the region north of the Black Sea.

I am a Texas native covering breaking news out of New York City. Previously, I was an editorial assistant at the Forbes London bureau.

Photo : Jehovah’s Witnesses sing songs at the beginning of a meeting in Rostov-on-Don, Russia, in 2015 – THE WASHINGTON POST VIA GETTY IMAGES