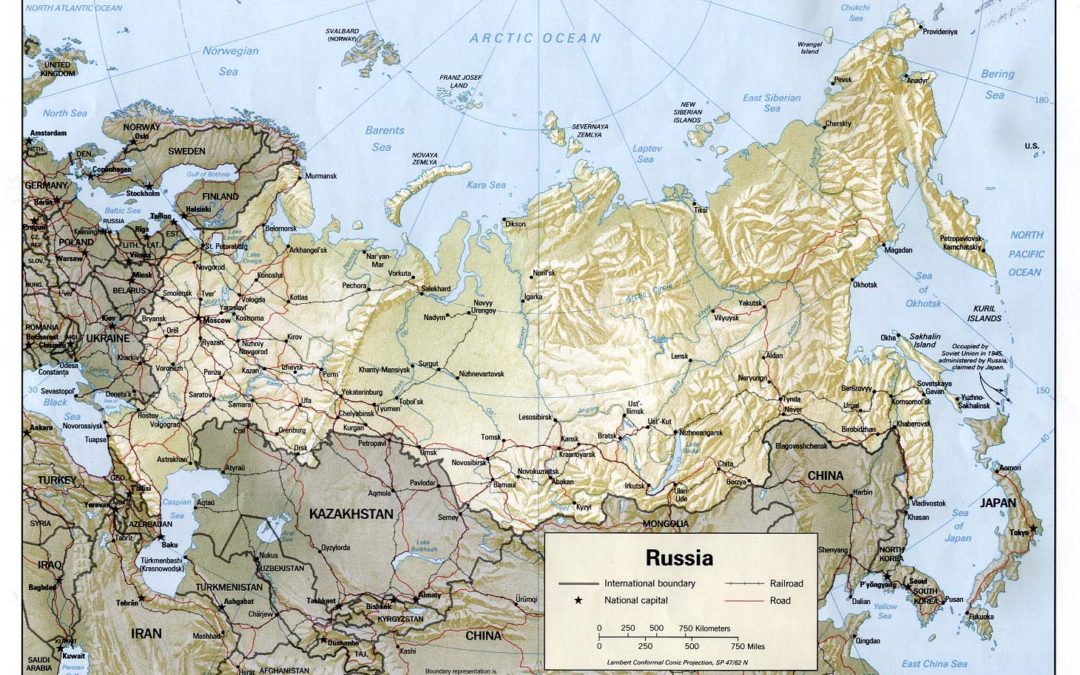 After serving sentences as “extremists” for meeting to study and worship, three former prisoners of conscience face expulsion. One was deported, one may be expelled later in 2021, and one remains in detention as he is now stateless and no country has agreed to take him. “I think that the authorities – that is, de facto, the security services – perceive this measure not as an additional punishment, but as a way to get rid of the problem,” says Aleksandr Verkhovsky.

29.01.21 – The Republic of Tyva became the 61st region of Russia where Jehovah’s Witnesses are persecuted.

On January 28, 2021 the FSB conducted searches on believers in Kyzyl, the capital of the Tyva Republic. 41 year-old Anatoliy Senin was detained and placed in the temporary detention center. It became known that a criminal case was opened against him under an “extremist” article. In the next two days the court will decide on the question of a believer’s preventive measure.

26.01.21 – A sentence for discussing the Bible has been imposed in Rostov-on-Don. Galina Parkova received a two-year-three-month suspended sentence

On January 26, 2021, judge of the Leninsky District Court of Rostov-on-Don, Snezhana Fedorova, sentenced Galina Parkova to 2 years and 3 months on probation with the same probation period. The court considered the participation of a believer in peaceful religious meetings of Jehovah’s Witnesses as extremism.

A court in Rostov-on-Don ruled that the Jehovah’s Witness Galina Parkova is a member of an extremist organization and sentenced her to a suspended sentence of two years and three months imprisonment. The believer refused to admit herself to be guilty.

Today the Supreme Court of Kabardino-Balkaria refused to overturn the verdict of acquittal in the case of Jehovah’s Witness Yury Zalipaev, contrary to the position of the prosecutor’s office. Zalipaev has been granted the right to rehabilitation.

The head of the synodal Department for External Church Relations, Metropolitan Ilarion, urged Archdeacon Andrei Kuraev to repent and cease his blasphemy against the church.

23.01.21 – Prosecutor tries to overturn victory of Jehovah’s Witness in south of Russia

The Jehovah’s Witness Yury Zalipaev, whose acquittal is being appealed before the Supreme Court of Kabardino-Balkaria, declared that he did not call for extremism, which the materials of the case confirm.

23.01.21 – A Jewish Autonomous Region court sentenced the 43-year-old nurse Anastasiya Sychyeva to two years of suspended sentence for her belief in Jehovah’s God

On January 21, 2021, the judge of the Obluchensky district court of the Jewish Autonomous Region, Olga Afanasyeva, found Anastasiya Sycheva a member of a forbidden organization and sentenced her to 2 years of suspended imprisonment with a 2-year probation period and 6 months of restricted freedom.

22.01.21 – Udmurtia law enforcement raided the homes and workplaces of believers. A married couple was detained

22.01.21 – Feliks Makhammadiyev has been released. He was deported from Russia, and reconnected with his wife at the central railway station in Tashkent

After serving three years in prison for his faith, Feliks Makhammadiyev, having been deprived of Russian citizenship because of criminal prosecution, was released in the country of his birth on January 21, 2021. His wife Yevgenia, a Russian citizen, left the Russian Federation and followed him.

The Presnya court of Moscow extended the period of restriction under house arrest for adherents of the movement of Jehovah’s Witnesses (forbidden in the R.F.)

20.01.21 – Yevgeniy Golik, 44, of Birobidzhan was convicted for his faith. He received a two-and-half year suspended sentence

On January 20, 2021 Olga Klyuchikova, judge of the Birobidzhan district court of the Jewish Autonomous Region, sentenced Yevgeny Golik under part 2 of Article 282.2 of the Criminal Code (participation in the activities of an extremist association): 2.5 years of suspended sentence with a probation period of 3 years and restriction of freedom for 1 year.

18.01.21 – Devotees of forbidden organization of Jehovah’s witnesses to be tried in Stavropol

The organizers of the activity of a local division of the religious organization of Jehovah’s Witnesses of the city of Budennovsk, which is prohibited on Russian territory, will be tried. This was reported by the press service of the Neftekumsk district court.