RUSSIA sanctioned by the European Court for detaining a Scientologist 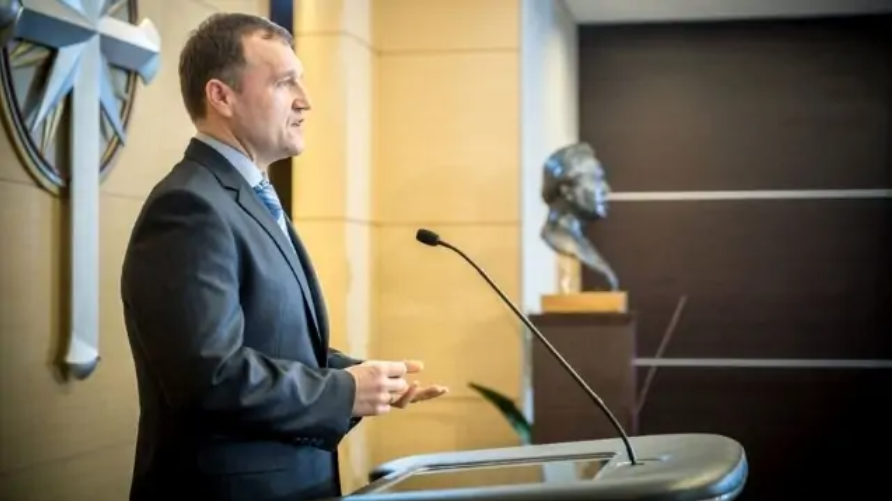 Russia sanctioned for detaining a Scientologist

Bitter Winter (10.10.2021) – https://bit.ly/3lqyug6 – There is nothing new when Russia loses freedom of religion or belief (FORB) cases at the European Court of Human Rights (ECHR) in Strasbourg, and there is unfortunately also nothing new when it ignores the decisions and goes on with its anti-FORB policies, Just ask the Jehovah’s Witnesses.

However, there is something new in Kuropyatnik v. Russia, a case decided on September 28, 2021, and now widely commented by legal scholars. Against a vigorous but ultimately unsuccessful defense by Russian representatives, the ECHR stated that the detention of a Scientologist for the mere fact of being active in his religion was unlawful.

On October 13, 2010, Vladimir Leonidovich Kuropyatnik, at that time well-known as a Scientologist, took a flight back from Khanty-Mansiysk, in Western Siberia, to Moscow. When he landed at Vuknovo Airport, he was intercepted and taken to the local police station for questioning. There, he was interrogated for more than one hour about his activities in the Church of Scientology.

Kuropyatnik learned that his name had been included in the “Surveillance Database” (Сторожевой контроль), a police database used to track movements across Russia of individuals allegedly involved in “extremist” activities. Whenever a person included in the database purchases a train or plane ticket, the police is notified. Scientology’s material was, and is, considered “extremist” in Russia, a country that has been repeatedly censored internationally for its cavalier use of the label “extremism” and for “inventing extremists” to discriminate against religious minorities.

Kuropyatnik believed that his detention had been unlawful, and filed a complaint with the Solntsevskiy District Court in Moscow. The complaint was dismissed by the District Court on March 2, 2011, and the decision was upheld by the Moscow City Court. The judges concluded that the police had acted in accordance with the law, and that Kuropyatnik had followed the police officers voluntarily.

Kuropyatnik then challenged his inclusion in the Surveillance Database, and again his case was dismissed by the Moscow City Court on September 16, 2011, on the ground that the issue had been solved in the meantime by deleting his name from the database. Although Kuropyatnik had sought a decision that registering him in the database had been illegal when it was done, the Supreme Court of Russia upheld the decision on December 7, 2011.

Kuropyatnik then moved to submit the case to the ECHR. In contrast to Russian courts, which produced four judgements in one year, the ECHR took nine years to come to a decision, which is usual in Strasbourg but sometimes makes its rulings less effective. At any rate, it found in favor of Kuropyatnik.

Here, we find something new. The objection by Russia that Kuropyatnik had not been detained but had voluntarily followed the police officers was quickly dismissed. The ECHR noted that Article 19.3 of the Russian Code of Administrative Offences makes declining an invitation by a police officer to go to a police station for questioning a crime punishable with both administrative fines and administrative detention. Clearly, Kuropyatnik was not free to refuse the “invitation,” and although not technically “arrested,” he was “detained.”

Was this detention unlawful? Yes, the ECHR answered in the most interesting part of the decision. Russia’s defense was based on two arguments. First, that including Kuropyatnik’s name in the Surveillance Database was justified by reasons of national security, on which the ECHR cannot second-guess the national authorities. Second, that there was no violation of freedom of religion because Scientology is not a religion and therefore is not protected by Article 9 of the European Convention on Human Rights.

ECHR stated that how national security is protected finds a limit in articles 5 (right to liberty and security) and article 8 (respect for private and family life) of the European Convention of Human Rights. National security concerns cannot become a pretext to limit the liberty and violate the privacy of citizens who have not committed any crime, based only on their religious beliefs.

On the argument advanced by Russia that Scientology “is not a religion” the ECHR told Russia that it cannot have its cake and eat it too. At least until 2017, the ECHR observed, Russian courts and administrative authorities have consistently maintained that Scientology is a religion. In some cases, they did so to use against Scientology provisions against “religious extremism” that had been introduced to crack down on Islamic ultra-fundamentalism after both 9/11 and terrorist attacks on Russian soil.

The ECHR observed that Russia cannot at the same time call Scientology an “extremist religion” when it suits its purposes, noting that “the Russian authorities had repeatedly referred to Scientology as a religion to justify the imposition of restrictions on the Church of Scientology and its members,” and claim that it is not a religion to exclude it from the protection granted by article 9 of the Convention. The ECHR also referred to its own previous decisions on Russian cases involving Scientology, where it had stated that Scientology is indeed a religion.

More importantly, it sent Russia a clear message that the persecution and discrimination against the Church of Scientology should be stopped. While precedents involving the Jehovah’s Witnesses would support skepticism, one can only hope that Russia will hear the ECHR and understand that the persecution of Scientology is firmly condemned by the international community.

The message is for other countries, too. Registering a Scientologist (or a member of any other religion) in a police database, overtly or secretly, is discriminatory and illegal. It cannot be done without violating the European Convention on Human Rights.