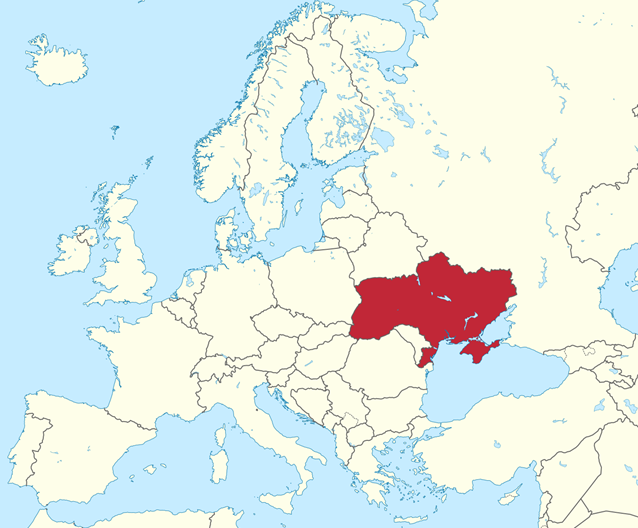 By Dr Aaron Rhodes for Human Rights Without Frontiers

HRWF (14.01.2022) – In 2014, the Russian Federation brought parts of Ukraine’s Donbas region under its effective control by a process of military infiltration in collusion with pro-Russian separatists, promoting the establishment of two entities, the Donetsk People’s Republic (DPR) and the Luhansk People’s Republic (LPR), loyal to Russia.  Russia also annexed Crimea outright, incorporating the Republic of Crimea as a Russian federal subject.

Ukrainian citizens now face the prospect of further military and cyber assault by the Russian Federation or perhaps a coup d’etat, leading to more parts of the country being brought under Russian dominion; indeed, some foresee an attempt to reconstruct a new Russian empire among states that declared their independence following the collapse of the Soviet Union.  While many in the international community focus on the grave geopolitical implications of these scenarios, it is also important to understand how human rights have been curtailed in occupied regions where laws and administrative practices have been changed by Russian authorities, and thus how these patterns might be extended.

Russian control in occupied parts of Ukraine has particularly affected the fundamental right to freedom of religion and belief.  Not surprisingly, respect for religious freedom in Donbas and Crimea has been sharply degraded to mirror, in important respects, the situation in the Russian Federation itself.  Over the past several decades, the Russian state has introduced increasingly intrusive and restrictive legislation in this area, aimed in particular at minority religions.  In 2021, the United States Commission on International Freedom (USCRIF) named the Russian Federation a “Country of Particular Concern,” along with a small group of other states including Iran and North Korea, noting that the government “continued to target ‘nontraditional’ religious minorities with fines, detentions, and criminal charges.” Russian legislation criminalizes “extremism” without adequately defining the term, enabling the state to prosecute a vast range of nonviolent religious activity.  The government has banned as “extremist” the Jehovah’s Witnesses altogether, making it illegal for about 170,000 people to practice their religion; the USCRIF report noted that 188 criminal cases had been brought against members of the group, and that “instances of torture” continued “to go uninvestigated and unpunished.”  Hizb-ut-Tahrir, an Islamic organization, has been banned in Russia since 2003, and numerous members have been sentenced to prison by Russian courts for so-called “terrorist” activities, sentences that have been condemned by Human Rights Watch.

Restrictions on freedom of religion in occupied Ukraine follow these patterns.  Russian authorities in Crimea have prosecuted numerous Tatars, indigenous Turkic Muslims, associating them with Hizb ut-Tharir and charging them with extremism and terrorism; scores remain incarcerated on charges deemed as misuses of Russian anti-terrorist legislation by reliable civil society experts.   According to the American-based NGO Freedom House, citizens were encouraged to inform on any who voiced opposition to these policies to the Russian Federal Security Service (FSB).

The Russian Federation ban on the Jehovah’s Witnesses has also been applied in Crimea; five members of the faith have been jailed there.  Jehovah’s Witnesses are also banned in both the Russian-backed “Luhansk People’s Republic” and the “Donetsk People’s Republic.”   The UN’s Office of the High Commissioner for Human Rights found that numerous religious groups that  had been recognized under Ukrainian law were denied registration in these illegal jurisdictions for allegedly not meeting criteria applied in the Russian Federation; Baptists; Pentecostals, and Seventh-Day-Adventists have thus been denied registration.

Russian occupied and controlled parts of Ukraine have been subjected to policies aimed at coercing citizens to embrace the Moscow Patriarchate of the Eastern Orthodox Church, and destabilizing the Orthodox Church of Ukraine (OCU), which Russian authorities see as an obstacle to the spiritual, as well as political unification of the two countries.  The Brussels-based NGO International Partnership for Human Rights (IPHR), along with the Center for Civil Liberties, wrote in a 2015 report that in the Donbas, the “Orthodox religion is used as an ideological foundation of ‘state building’ by the rebel groups and anything that is non-Russian Orthodox is seen as alien.” The groups reported that over the year since the conflict began, “dozens of places of worship have been seized,” and “cases of abduction, torture and other ill treatment as well as the murder of clergy members and the prohibition of religious practice other than that of the Orthodoxy of Moscow Patriarchy in the region.”  In the subsequent years, Russia has continually fomented tensions between the two branches of Eastern Orthodoxy.

The basis for these policies was clearly enunciated by Russian president Vladimir Putin in an article he published in June of 2021, entitled “On the Historical Unity of Ukrainians and Russian.”  In the article, Putin wrote that the Moscow Patriarchate of the Eastern Orthodox Church was the “centuries-old symbol” of the “kinship” between Russians and Ukrainians, and dismissed the OCU as a political construction by secular authorities dating back to when Ukraine was part of the Grand Duchy of Lithuania.

Religious freedom is at the center of Russia’s challenge to Ukrainian sovereignty and identity, and calls to respect freedom of religion need to be at the center of state and civil society advocacy aimed at returning Russian-occupied regions to Ukraine.  Under the current unstable and violence ridden status quo, European and international authorities must hold the Russian Federation accountable for upholding the freedom of religion and all legal human rights obligations in regions that Russia illegally occupies.  But to do so risks indirectly acknowledging and legitimizing Russian rule.  No demand to respect the basic freedoms of people in Russian occupied Ukraine should imply recognition of Russian sovereignty over these regions; all should insist on upholding internationally recognized borders.

Aaron Rhodes is Senior Fellow in the Common Sense Society and President of the Forum for Religious Freedom Europe.  He is the author of The Debasement of Human Rights (Encounter Books 2018).