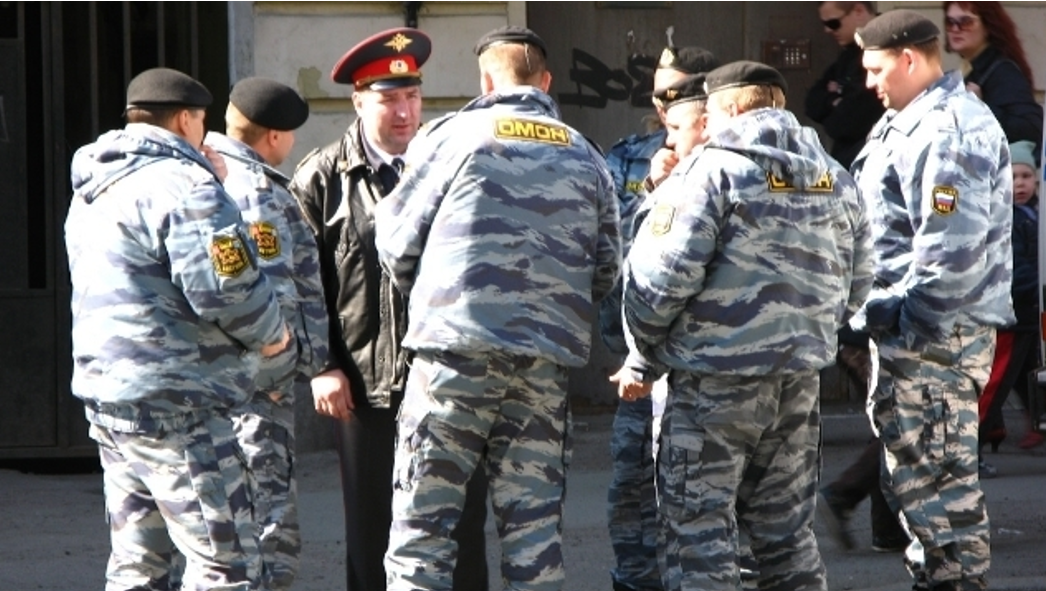 In Irkutsk, believers were badly beaten and threatened with rape by special forces agents.

Who lived in the raided homes? Terrorists? Organized crime godfathers? Surprisingly, OMON was asked by Moscow to intervene to apprehend members of one of the most peace-loving religious organizations in the world, the Jehovah’s Witnesses.

OMON, which has been created in Soviet times as an anti-terrorist special force (originally, to prevent terrorist attacks at the 1980 Moscow Olympics), has been repeatedly denounced for human rights abuses and even extra-judicial killings.

In one of the homes they raided in Irkutsk, 31-year-old Anatoly Razdobarov lived with his wife, Greta, OMON agents forced Anatoly to the floor, and handcuffed him with his arms behind his back. They asked him to confess that he had committed criminal acts, and to inform them on other believers. When Anatoly refused, they started torturing him, kicking him in the head and kidneys. Then they grabbed his handcuffed hands, and wrenched him up off the ground, so that his body hyper-extended his shoulders

As Anatoly continued to resist, the OMON officers threatened to sodomize him, and tried to force a glass bottle in his buttocks. He was in the power of OMON for some eight hours, after which he was released.

Anatoly obtained a medical certificate documenting his torture, and filed a complaint against the actions of the law enforcement officers with the Investigative Committee and the Prosecutor’s Office, and informed the Commissioner for Human Rights in the Russian Federation

His wife Greta was dragged by her hair into another room, handcuffed with her arms behind her back, and beaten. Only after thirty minutes, she was untied and allowed to get dressed.

Meanwhile, other OMON officers were at work in the home of Nikolay Merinov, a 23-year-old Jehovah’s Witness, and his wife Liliya. Nikolay was hit in the face with a heavy object, fell, and lost his consciousness. An officer then sat on the top of him and beat him. His teeth were broken, as documented by the medical examination he underwent after he was released.

His wife, wo was in her underwear, was dragged out of bed by her hair, handcuffed, and beaten. She also obtained a medical certificate documenting her injuries.

Since the 2017 “liquidation” of the Jehovah’s Witnesses by the Russian Supreme Court, 1,583 home of believers have been raided. 61 of them are in prison, and 31 under house arrest. The persecution of a peaceful religious community has been denounced by several international institutions. The Irkutsk incident confirms that, when persecution and hate against a religious minority start, torture is never far away.