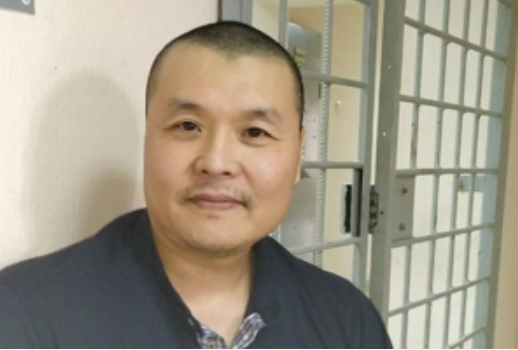 Forum 18 (09.06.2021) – https://bit.ly/3vobujp – Since November 2020, the number of Jehovah’s Witnesses and Muslims convicted on extremism-related criminal charges and serving jail terms or awaiting appeals has almost doubled, from 11 to 21. Of these, 20 are Jehovah’s Witnesses and one is a Muslim who met with others to study theologian Said Nursi’s works. All were sentenced to terms in general-regime labour camps (ispravitelniye kolonii, “correctional colonies”).

Another Muslim, Yevgeny Kim, who met others to study Nursi’s writings was sentenced to three years and nine months’ imprisonment in June 2017. In January 2019, he was stripped of his Russian citizenship, and was immediately placed in a detention centre for foreign and stateless persons upon his release in April 2019. He has remained there ever since, as his birthplace of Uzbekistan refuses to accept him (see full list of all 24 prisoners of conscience at the end of this article).

Another Muslim, Yevgeny Kim, who met others to study Nursi’s writings was sentenced to three years and nine months’ imprisonment in June 2017. In January 2019, he was stripped of his Russian citizenship, and was immediately placed in a detention centre for foreign and stateless persons upon his release in April 2019. He has remained there ever since, as his birthplace of Uzbekistan refuses to accept him (see full list of all 24 prisoners of conscience at the end of this article).

Among recent convictions, in February 2021, Abakan City Court jailed 70-year-old Valentina Baranovskaya for two years to punish her for meeting fellow Jehovah’s Witnesses for worship, a verdict her lawyer described as “devoid of all sympathy and compassion”. Her 46-year-old son Roman Baranovsky was jailed for six years. Baranovskaya is the oldest – and first female – Jehovah’s Witness to be sentenced to imprisonment since the 2017 ban on Jehovah’s Witness activity.

In November 2020, 8 Jehovah’s Witnesses and one Muslim who met with others to study Nursi’s works were serving terms in general-regime labour camps, and another two Jehovah’s Witnesses were detained awaiting appeal. Another Muslim who met other Muslims to study Nursi’s writings had been stripped of his Russian citizenship, and was awaiting deportation in a detention centre for foreigners and stateless persons.

Of the 20 Jehovah’s Witnesses (10 more than in November 2020) and two Muslim readers of Nursi’s works currently on 9 June 2021 serving prison terms or in detention:

15 are already serving their terms in general-regime labour camps across the country, usually hundreds or even thousands of kilometres from their home regions;

One other Jehovah’s Witness – Alevtina Bagratyan – remains under house arrest awaiting her appeal. The three Jehovah’s Witnesses convicted with her in Kursk on 3 June are among the six being held in detention centres while their appeals are pending.

Two Jehovah’s Witnesses who were previously in prison have been released and deported from Russia to Uzbekistan and Ukraine. They were deprived of their Russian citizenship in 2020 as a direct result of their convictions.

Six of the 29 Jehovah’s Witnesses convicted and jailed since May 2018 were released upon (or shortly after) conviction. This was because they had already served equivalent terms in detention while under investigation and on trial.

Over 470 under investigation, on trial, or convicted

More than 470 Jehovah’s Witnesses remain under investigation, are on trial, or have been convicted for continuing to meet for prayer and Bible study after the 2017 Supreme Court ban. They argue that the ban applies to the activities of the Administrative Centre and its subsidiary local congregations as legal entities, not to Jehovah’s Witness beliefs or their expression by Jehovah’s Witnesses.

No trials are currently underway of Muslims who met to study Nursi’s works, but three people are facing prosecution in the Tatarstan and Dagestan Republics.

A total of 104 people have now received sentences, including 10 fines, 66 suspended sentences (see forthcoming article), and 28 prison terms. Several court decisions have not yet come into force, as appeals are still pending.

Two other Jehovah’s Witnesses have been convicted of “continuing the activities” of the local Jehovah’s Witness religious organisation in Oryol, which was liquidated as “extremist” in 2016, before the nationwide ban. One of them – Danish citizen Dennis Christensen – has been imprisoned.

At present, only one Muslim who met with others to read Nursi’s works remains imprisoned – Ilgar Vagif-ogly Aliyev (born 16 February 1977). A court in Dagestan sentenced him in May 2018 to eight years’ imprisonment plus two years of restrictions on freedom for alleged involvement in “Nurdzhular”.

Courts in Russia’s illegally annexed territories of Crimea and Sevastopol have also sentenced Jehovah’s Witnesses and Muslims to imprisonment for exercising their freedom of religion and belief.

n the last four years, only one Jehovah’s Witness – Yury Zalipayev from the Republic of Kabardino-Balkariya – has been acquitted of an extremism-related offence. His case was unconnected to the 2017 ban.

Charges against a further nine have been dropped. Eight of them were being prosecuted as a consequence of the 2017 ban, the other on unrelated “extremism” charges.

The Investigative Committee, police, the FSB security service, and National Guard troops continue to raid Jehovah’s Witness homes. Some of the raids have included torture, with no arrests or trials of suspect torturers. The most recent known raids were in Kemerovo Region on 8 June, Khabarovsk Region on 5 June, Lipetsk Region on 1 June, and Altay Region on 27 May. Prosecutions are currently underway in 64 of Russia’s 83 federal subjects.

The United Nations Working Group on Arbitrary Detention in May 2020 adopted a wide-ranging Opinion condemning the “ever-growing number of Jehovah’s Witnesses in Russia who have been arrested, detained and charged with criminal activity on the basis of mere exercise of freedom of religion”.

Muslims who meet to study the writings of Said Nursi may also be prosecuted under the Extremism Law for organising or participating in the activities of “Nurdzhular”. This organisation was banned as extremist in 2008, but Muslims in Russia deny it ever existed. Typically, such Muslims meet in homes to study Islam, with one or more expounding on Nursi’s works. They also pray, eat, and drink tea together, and do not seek state permission to meet.

Despite the similarities in the manifestations of freedom of religion and belief being prosecuted, including meeting in each other’s homes to pray and sing together, study sacred texts, and to discuss shared beliefs, trials have so far ended in a variety of sentences. These have ranged from prison terms of several years, to suspended sentences of varying lengths, to a range of fines. one sentence of assigned labour, later changed to a fine.

No one prosecuted in cases relating to the 2017 nationwide ban on Jehovah’s Witnesses has been acquitted, though judges have returned some cases to prosecutors who later resubmit them. Defendants have sometimes succeeded in getting sentences reduced, or having cases sent for retrial on appeal, though no conviction has yet been overturned.

List of those jailed or detained after “extremism”-related convictions for exercising freedom of religion or belief. Unless otherwise stated, all those named are Jehovah’s Witnesses. Convictions have been under these Criminal Code articles:  Article 282, Part 1 (“Actions directed at the incitement of hatred [nenavist] or enmity [vrazhda], as well as the humiliation of an individual or group of persons on the basis of sex, race, nationality, language, origin, attitude to religion, or social group”);  Article 282.2 for “organising” (Part 1), or “participating in” (Part 2), “the activity of a social or religious association or other organisation in relation to which a court has adopted a decision legally in force on liquidation or ban on the activity in connection with the carrying out of extremist activity”. The majority of convictions have been under this Article;

– Article 282.2, Part 1.1 (“Inclination, recruitment or other involvement of a person in an extremist organisation”);

This list is broken down by category of punishment with regional headings referring to where people were tried, not where they are imprisoned.

(This is Ivshin’s seventh place of detention since his conviction – one in Novorossiysk in his home region of Krasnodar; one each in Rostov-on-Don, Volgograd, and Saratov; two in Samara Region; and now one in Ryazan. It remains unknown where he will serve his sentence.)  Abinsk District Court 30 March 2021

SENTENCED TO IMPRISONMENT – DETAINED OR UNDER HOUSE ARREST AWAITING APPEAL

Alevtina Bagratyan will remain under house arrest until the ruling comes into force.

1) Yevgeny Lvovich Kim (Muslim – born 5 October 1974) – 3 years and 9 months Criminal Code Articles: 282.2, Part 1, and 282, Part 1 Tortured while in pre-trial detention in 2015; no suspect torturer known to have been arrested or put on criminal trial. Immediately Kim was released deprived of Russian citizenship and left stateless.

Fined under Administrative Code Article 18.8, Part 1 for failing to have documentation and ordered deported.

On 28 October 2020, Kim applied unsuccessfully for cancellation of his criminal record (snyatiye sudimosti). On 10 November 2020, the Institute for Law and Public Policy lodged an appeal on Kim’s behalf at the Constitutional Court, questioning the constitutionality of Administrative Code Article 18.8, Part 1.1 (“Violation by a foreign citizen or stateless person of the residence regime of the Russian Federation, expressed in the absence of documents confirming the right to reside in the Russian Federation”) and Article 3.10, Part 5, which gives judges the right to detain people before deportation but does not impose any time limit. This was also unsuccessful.

SENTENCED TO IMPRISONMENT BUT RELEASED BECAUSE OF TIME IN DETENTION

None of the four has been imprisoned, as the two women had already served 245 days and the two men 316 days in detention before conviction. They did, however, remain subject to the restrictions on freedom imposed by the judge.

6) Vyacheslav Alekseyevich Popov (born 19 September 1974) – 1 year and 10 months Criminal Code Article: 282.2, Part 1 Appeal: none Kuzichkin was released from the courtroom, as he had already served 197 days in detention and 240 days under house arrest. Popov remained in detention for another 11 days after conviction, by which time he had spent a total of 446 days in detention.

2) Feliks Khasanovich Makhammadiyev (born 14 December 1984) – 3 years Criminal Code Article: 282.2, Part 1 Appeal: unsuccessful – 20 December 2019, Saratov Regional Court Tried alongside Aleksey Budenchuk, Gennady German, Roman Gridasov, and Aleksey Miretsky. Bazhenov was released early from Labour Camp No. 3 in Dmitrovgrad (Ulyanovsk Region) on 5 May 2021 and sent to a migration detention centre – deported to Ukraine on 19 May 2021. (Bazhenov in Saratov should not be confused with fellow Jehovah’s Witness Konstantin Aleksandrovich Bazhenov from Kamchatka, given a two-year suspended sentence in September 2020.)

Makhammadiyev was released from Labour Camp No. 1 in Orenburg on 31 December 2020 at the end of his sentence and sent to a migration detention centre – deported to Uzbekistan on 21 January 2021.