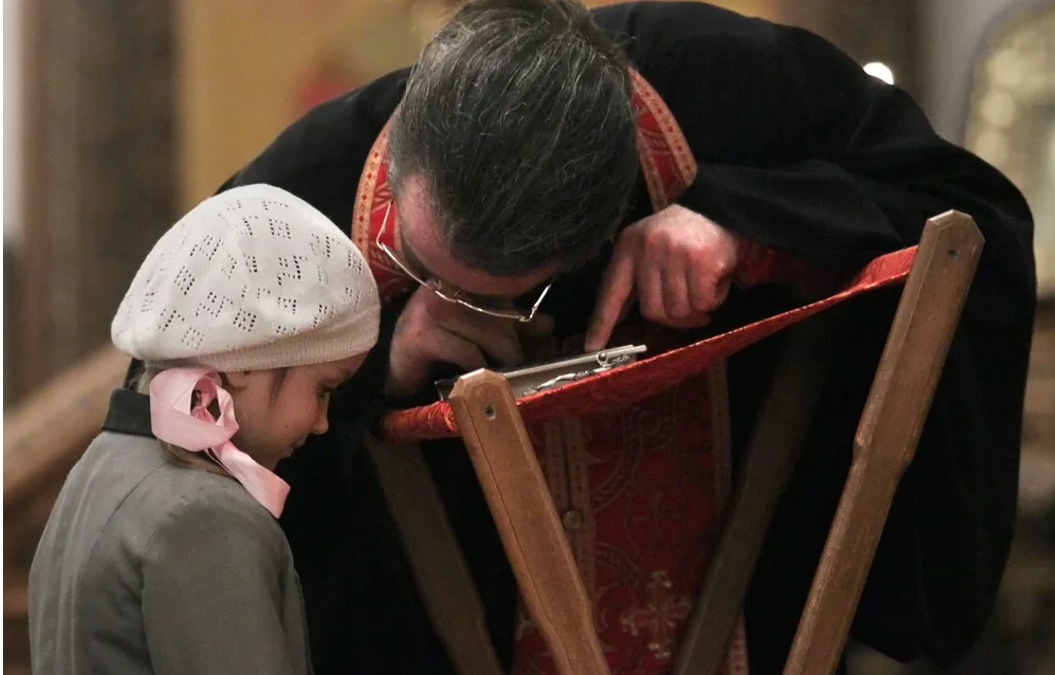 The shock caused by the statistics of the Sauvé Report on sexual abuse perpetrated by clerics and laymen in the French Catholic Church – 330,000 victims and about 3000 perpetrators – has reverberated well beyond the borders of France.

In Russia, the well-known media Novaya Gazeta has published a long paper about the French report and has wondered if the Russian Orthodox Church (ROC) was immune against this virus as its clergy can get married and defends ‘traditional values’. Apparently, it is not and its assessment is based on concrete cases.

One of the most recent cases is the one of Hieromonk Clement (Korablev), rector of ROC parishes in the Assekeyevsky district of the Orenburg region, convicted in September. He was found guilty under three articles of the Criminal Code of the Russian Federation (Part 3 of Article 132, § b of Part 4 of Article 132 and Part 1 of Article 151) related to minors under the age of 14. Hieromonk received 13 years in a maximum security colony.

His more famous neighbor in the Orenburg metropolitanate, Archpriest Nikolai Stremsky, has been under investigation while in detention for two years. Once the church media promoted his image as the founder of the Saraktasha Monastery of Mercy and a loving father of dozens of adopted children. Vladimir Putin even visited the monastery. Now the venerable Archpriest is charged under paragraph b of Part 4 of Article 131 (rape), Part 3 of Article 135 (depraved actions), Article 156 (failure to raise a minor) of the Criminal Code of the Russian Federation. According to the investigation, 11 children were injured by his actions. About 500 million rubles were arrested in the accounts of the archpriest.

The court in the Jewish Autonomous Region is considering the case of the rector and bell ringer of the temple in the village of Amurzet Hieromonk Spiridon (Abramov) and Sergei Moos, whom the investigation accuses of corruption of 53 boys and even pornography.

Sentences of 13 to 17 years in prison

Among the last convicted clerics of the ROC are:

Archpriest Sergei Smolyakov (cleric of the Saran Diocese, torture of children and sexual violence, is under investigation.

Noteworthy, two ROC clerics convicted of pedophilia are said by Novaya Gazeta to have mysteriously died shortly after their conviction. These are Andrei Kiselev, a priest of the Altai diocese, and Hieromonk Nikon (Kharkov) of the Kozel diocese.

“It is unlikely that the prerequisites for such crimes in the Orthodox environment are very different from those of the Catholic one. Often pedophilia grows as a “compensatory” deviation in people deprived of family and children. In Russian conditions, this often applies to people with homosexual orientation, for whom such neglect grows into an insoluble social problem: the Russian state does not recognize homosexual unions in the foreseeable future (and the ROC – especially) and the possibility of adopting children does not shine on such people. To this can be added the closed environment of the “male order”, which is formed in church institutions – in closed seminaries, monasteries, diocesan administrations, bishop’s residences … In such environments (remember prison or army), sexual mechanisms are sometimes used to build a hierarchy of subordination and co-dependency. To this we can add “pastoral burnout” – fatigue and disappointment from the ministry of the clergy generation who came to church in the 90s, and the completion of the “moda for the church”, which was replaced by anticlerical moods. Someone has all these psycho-traumas and “tangles of contradictions” transform into deviant behavior that cannot be justified, but for which not only the criminal himself in the cassock is sometimes responsible.

Of course, homosexuality and pedophilia have nothing to do with each other (although Patriarch Kirill thinks otherwise:

https://www.youtube.com/watch?v=kEL-ZyTHx4A).  Among the victims of pedophiles are children of both sexes. But special tabooing and stigmatization of homosexual problems in the church result in boys who make up the main percentage of victims…

The story of the Catholic Church’s attempts to systematically deal with its “main challenge of the XXI century” recalls the advantages of an open society. That is what pushed the Church to conduct such investigations, which in the recent past was classified as “secret”. In Russian conditions, such systematic work is very far away. The problem, despite its entire scale, is solved in two simple ways like felt boots: repression by the authorities and silence from the ROC.

At the end of the Soviet period, the ROC had only 18 monasteries. Now their number is approaching 2000. Monasteries are beginning to be divided into “classes” that have nothing to do with asceticism and hermitage. The “monastic” episcopate also presents a certain problem, which, as a rule, does not even come from these monasteries, but from “career” monasticism. And finally, the church life, a very closed world. All this creates the preconditions leading to the problems to which this article is devoted.

The ROC will also begin to apologize – when the society around him becomes freer. There’s no one to apologize to yet? …