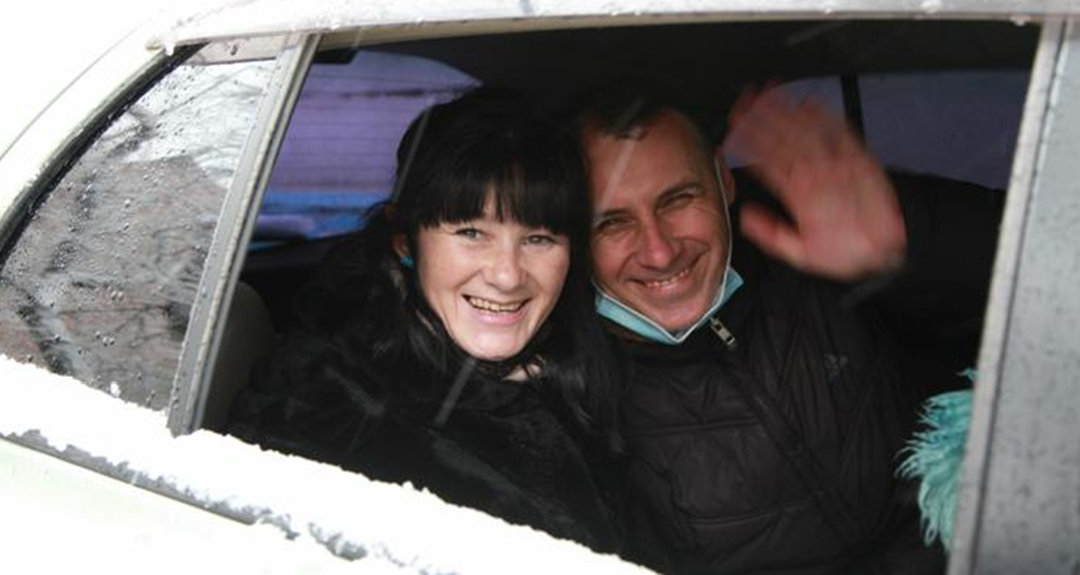 First acquittal of a Jehovah’s Witness under Article 282.2 of the Russian Criminal Code in Vladivostok

JW.ORG (22.11.2021) – https://bit.ly/32ruJ31 – On 22 November 2021 in Vladivostok, following the explanations of the Plenum of the Supreme Court of the RF, an unprecedented event took place: after a continuous chain of convictions of Jehovah’s Witnesses Dmitriy Barmakin was found not guilty under part 1 of article 282.2 of the RF Criminal Code and acquitted by the court with the right to rehabilitation.

Judge Stanislav Salnikov of the Pervorechenskiy District Court in Vladivostok handed down the acquittal verdict. The text of the verdict echoes a recent explanation by the Plenum of the Supreme Court. The verdict notes: “The Court, having considered the present case, is convinced that both for every person in general and for everyone of Jehovah’s Witnesses, attending joint worship services, providing premises for them, reading and discussing religious literature, spreading religious beliefs, observing religious rites and ceremonies, singing spiritual songs, offering prayers are forms of lawful conduct which are part of freedom of conscience and freedom of religion. . . . Conducting religious rites of Jehovah’s Witnesses in residential or commercial premises… does not violate the law, but is the implementation of the rights of believers to freedom of conscience and religion, because such a right cannot be limited exclusively to the space of private life, it can also be implemented in the external sphere, including in mass collective forms.”

In addition, the verdict says that Barmakin “is subject to acquittal due to the absence of corpus delicti in the defendant’s actions” because the believer had “exercised the right to freedom of religion enshrined in the Constitution of Russia.” Judge Salnikov noted: “In criminal proceedings on crimes of extremist orientation, to which article 282.2 of the Criminal Code of the Russian Federation refers, it is necessary to keep in mind that… the motives of committing the specified crimes must be proved…. Such motives are not proven in the case. . . . Rights related to freedom of religion must be ensured regardless of whether a person is a member of any religious organization or not, so the right to practice the religion of Jehovah’s Witnesses must be ensured even after the decision of the Supreme Court of Russia of 20.04.2017”. Having examined the evidence presented by the investigation, the court concluded that “Barmakin D. V. never carried out extremist activities, he practiced the religion of Jehovah’s Witnesses, including meeting and discussing his beliefs with his fellow believers”.

Dmitriy Barmakin and his wife, Yelena, moved from Crimea to Vladivostok to take care of their elderly mother-in-law. On the morning of July 28, 2018, armed law enforcement officers in masks burst into the house of a 90-year-old woman, where the Barmakins were staying. They detained the believer, accusing him of organizing the activities of an organization banned by the court. The court sent him to a pre-trial detention center, where he spent 15 months, the first 2.5 months in a damp basement cell with rats and insects. Nevertheless, Dmitriy Barmakin categorically refused to plead guilty to the charges. After his release from jail Barmakin spent more than two years under prohibition of certain actions, namely, to change his place of residence, contact a number of people, receive mail and use means of communication.

The case was managed by the Investigative Committee of Russia in the Pervorechensky District of Vladivostok. The key witness for the prosecution in the case was 30-year-old local resident Ekaterina Petrova, a teacher at the Primorye Energy College in Vladivostok. Pretending to be interested in the Bible, she met with believers and asked them questions about their faith in God. It was later revealed that she was conducting covert audio recording on assignment from the security services.

“Of course, it is not easy to be the first judge to interrupt a continuous chain of guilty verdicts and deliver a verdict of acquittal. We are grateful to Judge Stanislav Salnikov for his strength and his sound approach to the case. We hope that all Russian courts in their decisions on cases involving Jehovah’s Witnesses will be guided by the decision of the Plenum of the Russian Supreme Court,” commented Yaroslav Sivulskiy, a spokesman for the European Association of Jehovah’s Witnesses, on the verdict for Barmakin and added: “The verdict stressed what Jehovah’s Witnesses were trying to make clear in all these years of religious persecution in Russia: religious activity by its very nature cannot be a threat to society or the state in any other way. I would like to believe that this verdict is only the first of many decisions in similar cases.”

Dr. Sergey Ivanenko, a religious scholar, analyzed the situation with Jehovah’s Witnesses in Russia and concluded: “Having found themselves on trial, Jehovah’s Witnesses do not consider themselves guilty and have no intention of abandoning their religious beliefs… Remaining Jehovah’s Witnesses, they do not consider themselves criminals. Moreover Article 28 of the Constitution of the Russian Federation “guarantees everyone freedom of conscience, freedom of religion, including the right to profess individually or collectively any religion or not to profess any, to freely choose, have and disseminate religious and other beliefs and to act in accordance with them.”

BRIEF HISTORY OF THE CASE

Dmitry Barmakin came to Vladivostok from Crimea to take care of his wife’s sick mother. On July 28, 2018, Far Eastern law enforcement officers, wearing masks and with weapons, broke into the house of an elderly woman and arrested Dmitry for praying to Jehovah God and not hiding it. He spent over a year in jail. The judge returned the criminal case against the believer to the prosecutor because of the ambiguity of the charges – it contained only descriptions of religious rites. In April 2021, the case was returned to the Pervorechensky District Court of Vladivostok for consideration by Judge Stanislav Salnikov. On November 22, 2021, the court fully acquitted Dmitry Barmakin.

Case of Barmakin in Vladivostok

Number of the case in court:

according to the investigators, together with others he conducted divine services, which is interpreted as “organizing the activities of an extremist organization” (with reference to the decision of the Supreme Court of the Russian Federation on the liquidation of all 396 registered organizations of Jehovah’s Witnesses)

Article of the Russian Criminal Code:

Considers on the merits:

Photo: Dmitry Barmakin with his wife, Elena, after the announcement of the acquittal