RUSSIA: Terebilov is the 23rd Jehovah’s Witness sentenced to prison in 2021 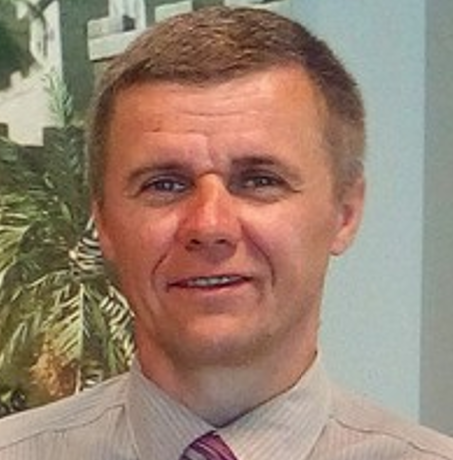 Terebilov was born in 1980 in Kostroma. Being the only child in the family, he lost his mother early. When he was young, he was fond of freestyle wrestling and boxing, spent a lot of time on the street with friends.

He had a difficult period in his life — he had several criminal convictions. While behind bars, he decided to read the Bible for the first time in his life. It was a discovery and he decided to immediately apply what he learned. The positive changes in the prisoner impressed the administration of the correctional institution so much that they petitioned for his early release. He managed to get out of prison before the end of his term because of his good behaviour, left his old way of life and became a Jehovah’s Witness.

In July 2018, police officers, together with an OMON detachment, broke into the front door and entered the entrance of Dmitry Terebilov’s house. While the owner was not at home, the security forces searched his apartment.

A year later, in June 2019, the Investigation Department for the Central District of Kostroma of the Investigative Directorate of the Investigative Committee of the Russian Federation for the Kostroma Region initiated a criminal case for faith under Art. 282.2 (2). According to the investigation, Dmitry Terebilov (born 1980) “distributed … literature included in the federal list of extremist materials, containing information inciting religious discord, propagandizing the exclusivity, superiority of the doctrine of Jehovah’s Witnesses and the inferiority of other citizens who do not profess this doctrine … participation in the meetings held ”. He was then placed on recognizance not to leave. His bank account was blocked, as the believer was added to the Rosfinmonitoring List of Terrorists and Extremists.

In September 2020, hearings began in the Sverdlovskiy District Court of Kostroma. The case was considered by judge Oksana Borovkova, then it was transferred to Elena Molodova. On 22 July 2021, the prosecutor asked the court to send Dmitry Terebilov to a strict regime colony for 5 years. On September 6, 2021, the court sentenced Dmitry to 3 years in a strict regime colony. He is currently detained in FKU SIZO-1 of the Federal Penitentiary Service of Russia for the Kostroma Region, 88 Sovetskaya st., Kostroma, 156005. Letters of support can be sent to him at this address.

See the timeline of his case here.

Jehovah’s Witnesses convicted and sentenced to prison in 2021

Biased coverage of the case by Interfax-Religion in Russia

As usual, Interfax-Religion in Russia covered this new case against a Jehovah’s Witness in such a way that the readers of their news service will understand Jehovah’s Witnesses are extremists and criminals, hide hate speech material against other religions and have in their ranks drug addicts or drug dealers.

Interfax-Religion never criticizes the ban of their movement by the Russian government and its blacklisting as an extremist organization. It never echoes the international criticisms of the Russian legislation in this regard and its implementation as a violation of the international human rights standards.