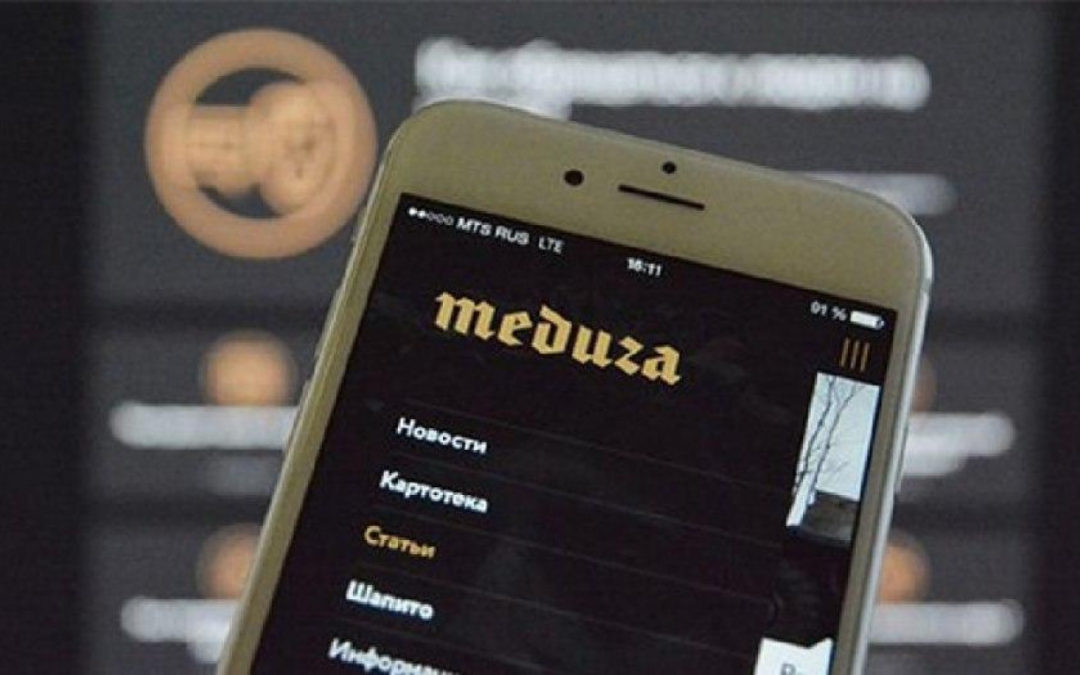 HRWF with Moscow Times (24.04.2021) – Russia has declared the leading independent news website Meduza a “foreign agent,” the Justice Ministry announced on 23 April amid what critics call the Kremlin’s continuing crackdown on free speech.

A statement on the ministry’s website said the decision, which also includes the Moscow-based Pasmi (“First Anti-Corruption Media”) news site, was made “in compliance with the requirements of Russian law.”

Meduza said it rejected the decision and would challenge it in court.

Meduza began publishing out of Latvia in 2014 after its then-chief-editor Galina Timchenko fell foul of the authorities and was forced out of Russia. Timchenko’s exile was seen in the West and by the Russian opposition as a blow to independent media, with stridently nationalist state-run outlets stepping up what was widely seen as an information war over the conflict in eastern Ukraine.

With a staff of 23 people based in Riga and Russia, Meduza publishes on a website and a mobile phone app, and is already racking up 2.5 million unique visitors a month.

Russia’s 2012 foreign agent law initially targeted media outlets and civil society groups. It has in recent years been expanded to include individual journalists and any foreign-funded persons or entities.

Individuals and groups labeled as foreign agents are required to report their activities and face heavy financial audits. Other media outlets are also required to clearly label the designated entities as “foreign agents.”

“We reject the decision by the Russian authorities to include independent media outlet Meduza on the list of “foreign agents”.

It is the European Union’s longstanding position that the so-called ‘foreign agent’ law contributes to a systematic infringement of basic freedoms, and restricts civil society, independent media and the rights of political opposition in Russia. Democracy is a universal value that includes respect for human rights as enshrined in international law.

It is extremely concerning that Russian authorities continue to restrict the work of independent media platforms, as well as individual journalists and other media actors. It goes against Russia’s international obligations and human rights commitments.

It is the duty of media to report on issues of public interest, and it is the obligation of the state authorities to ensure they can do so in an atmosphere free of fear and intimidation.”