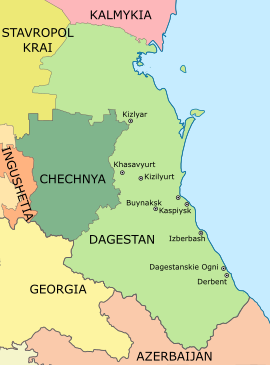 HRWF (25.02.2021) – On 20 February 2021, the Kirovsky District Court of Makhachkala (Dagestan) sentenced Bagavudin Omarov to three years in prison and one year of restricted freedom.  He was found guilty under Part 1 of Art. 282.2 of the Criminal Code of the Russian Federation (organizing the activities of an extremist organization) for allegedly creating a cell of the At-Takfir wal-Hijra organization banned by the Supreme Court in Russia in 2010. The court took into account the time that Omarov had already spent in custody and released him in the courtroom. At a court hearing on 5 February, Omarov had pleaded guilty but claimed afterwards that he had incriminated himself under the threat of torture. In his last word, he said: “As a Muslim, I professed my religion and did not realize that somehow I was breaking the law. I regret what I have done and ask you not to deprive me of my freedom, since I have a dependent family, including small children.”

According to the Human Rights Centre (HRC) “Memorial”, Omarov was unfoundedly accused of involvement in the “At-Takfir wal-Hijra”, a radical Muslim group created in Egypt in the 1970s, when he was arrested along with ten other suspects in November 2018.

According to Memorial, the criminal case contained no objective evidence of the existence of a cell of this organization. He and other Muslims were reading and discussing books together when they were arrested. The ‘participants’ in the meeting had no plans and no contacts with the alleged international organization.