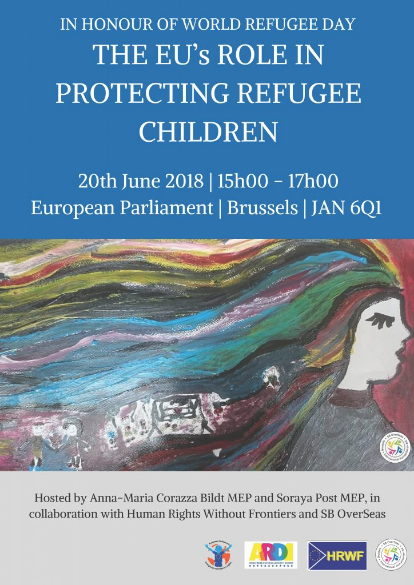 20 June 2018: Event at the European Parliament to raise awareness about preventing child marriage

On World Refugee Day 2018, HRWF and Soutien Belge (SB) OverSeas held a conference in the European Parliament co-hosted by the Intergroup on Children’s Rights and the Anti-Racism and Diversity Intergroup (ARDI). The conference “The EU’s role in focus protecting refugee children: Prevention of child marriage and safeguarding child welfare” focused on the specific challenges of addressing child marriage, a phenomenon that affects a significant number of refugee children, as well as highlighting other issues related to the overall safety and well-being of refugee children.

HRWF made significant contributions to the discussion and the European Parliament’s resolution of 4 July 2018: Towards an EU external strategy against early and forced marriages.

In addition, in October 2018, HRWF followed-up on the issue by organising a roundtable discussion about child marriage on EU Reporter TV, recorded at the European Parliament. You can watch the video here.