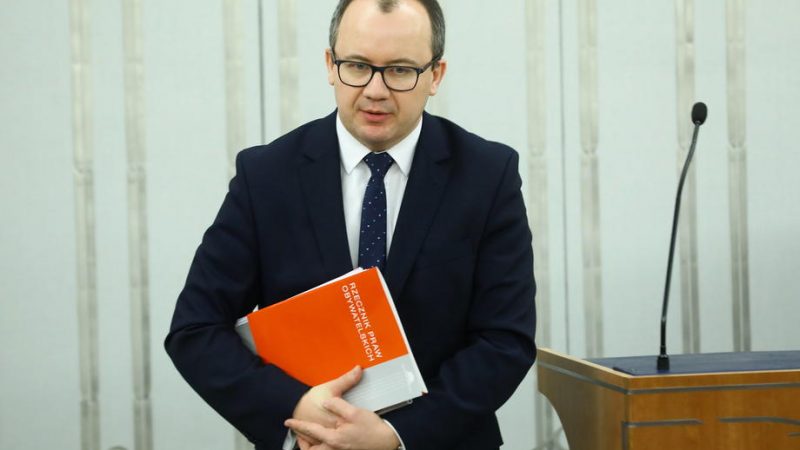 Poland’s Constitutional Tribunal has ruled that an article of the Commissioner for Human Rights Act is unconstitutional, meaning Ombudsman Adam Bodnar – who repeatedly pointed out the government backsliding on the rule of law, freedom of the press, and democratic values – will have to vacate his post within three months.

Euractiv (16.04.2021) – https://bit.ly/3ahJ9nj – Parliament’s lower house known as the Sejm spared no time in electing PiS MP Bartłomiej Wróblewski to be the new ombudsman, though this still needs to be approved by the Senate.

The article in question states that the Commissioner for Human Rights, also known as the Ombudsman, can continue performing his duties after the end of his five-year term – which expired in September of last year – as long as parliament does not elect his successor.

Since the coalition government led by the Law and Justice (PiS) party has so far been unable to find a replacement who would be approved by the opposition-controlled Senate, the ruling party’s MPs have requested the decision be declared unconstitutional.

The party’s motion, which received support from the Sejm, as well as by the Attorney General and Justice Minister Zbigniew Ziobro, was also backed by the Constitutional Tribunal.

The ruling comes as no surprise since it was issued by a five-member panel composed exclusively of judges elected to the Constitutional Tribunal by the votes of the MPs of the right-wing coalition government – including the tribunal’s head Julia Przyłębska, wife of Poland’s ambassador in Berlin Andrzej Przyłębski. Przyłębska is known to have hosted PiS’ leader Jarosław Kaczyński at private dinners in her apartment.

Council of Europe Commissioner for Human Rights Dunja Mijatović has already criticised the decision, tweeting that it “creates a worrying gap in the functioning of the Ombudsman institution in-btw [sic] terms and the protection of human rights in Poland”.

“A successor must urgently be selected fully respecting the Polish Constitution and law and international standards,” she added.

Wróblewskiwas was voted to be the new candidate for the Ombudsman position with 240 votes in the 460-seat chamber.

Opposition candidates Sławomir Patyra proposed by the Civic Coalition (KO) and the Polish People’s Party-Polish Coalition, as well as left-wing candidate Piotr Ikonowicz both failed to secure the majority. The opposition objected to Wróblewski’s candidacy, arguing that electing a party member contradicts the independence that comes with the Ombudsman’s role.

However, for Wróblewski to take up the role, he must be approved by the opposition-dominated Senate. Most experts have said this is highly unlikely.