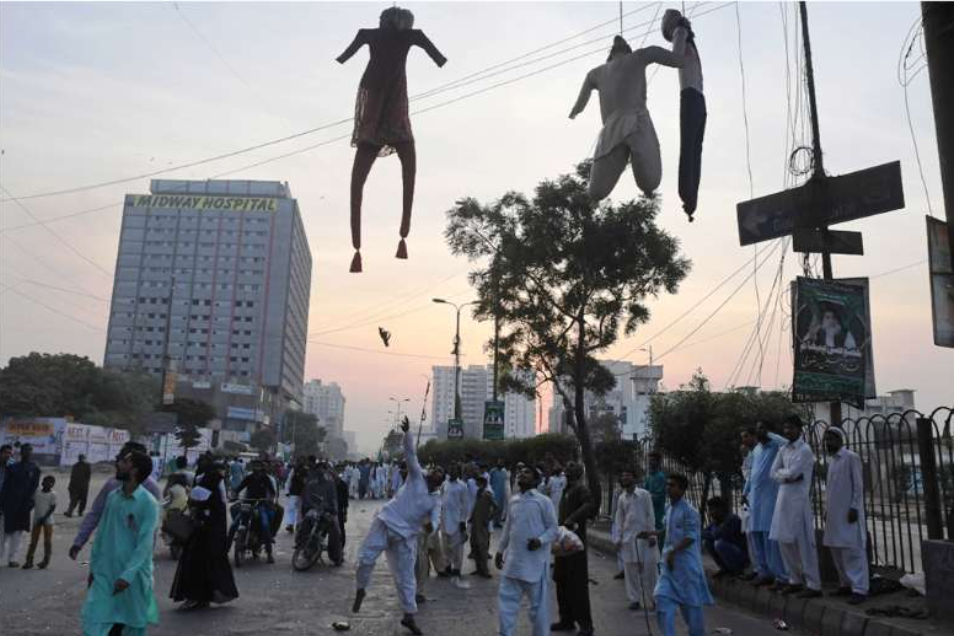 “We are seriously concerned by the persecution and ongoing detention of Mr. Masih on blasphemy grounds, and by his treatment at the hands of the judicial and prison authorities who are aware of his psychosocial disability and health condition,” the experts said in a statement on Oct. 21.

They called on authorities in Pakistan to urgently review Masih’s case, release and drop all charges against him, and ensure protection for him and his family.

The UN experts said they were concerned by the continued persecution and acts of violence perpetrated by state and non-state actors in Pakistan, fueled by claims of apostasy and blasphemy, often targeting religious or belief minorities.

Masih was attacked by a mob accusing him of committing blasphemy following an argument with one of his neighbors in Imran Pura Badian village in March 2019. His family home was also set on fire.

Local police registered a complaint and arrested him on March 15, 2019, but he was informed about the blasphemy charges only after three months.

“We urge the government of Pakistan to comply with its international human rights obligations, including with regard to freedom of expression, religion or belief”

“It is deeply alarming that a mere disagreement between neighbors could lead to the judicial harassment of an individual, based on his religious or other beliefs, and by the use of anti-blasphemy laws which may carry the death penalty,” the experts said.

According to information received by the UN experts, the prosecution did not disclose publicly any evidence against Masih and no witness testimonies were ever recorded.

The UN experts also said they were concerned by the lack of medical care given to Masih in Sialkot district jail. Medical reviews to assess his mental health and fitness to stand trial have been repeatedly delayed, they said.

The experts added that Masih’s reported detention in a cell with prisoners of the Muslim faith put him in danger and was a matter of concern.

“We urge the government of Pakistan to comply with its international human rights obligations, including with regard to freedom of expression, religion or belief, as well as with regard to the rights of persons who belong to minorities, to repeal all its anti-blasphemy and anti-apostasy legislation and to take measures to combat advocacy of religious hatred that constitutes incitement to discrimination and violence,” the experts said.

The experts have been in contact with Pakistan’s government to try to resolve the matter.