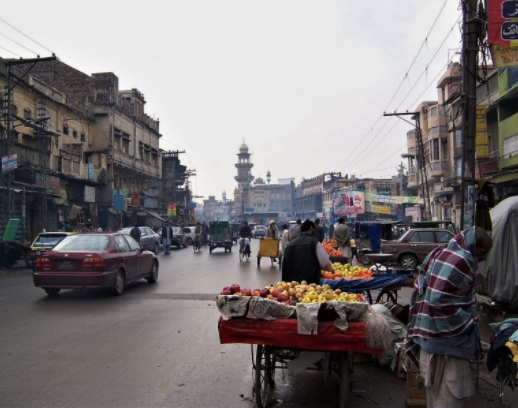 Morning Star News ( 27.06.2021) – https://bit.ly/3h4HG7B – A court in Rawalpindi, Pakistan upheld the life sentence of a Christian convicted of sending blasphemous text messages in spite of the prosecution’s manipulated evidence and failure to establish his involvement, his lawyer said.

Zafar Bhatti, 56, had been handed the life sentence, which in Pakistan is 25 years, on May 3, 2017, under Section 295-C of Pakistan’s blasphemy laws for allegedly sending text messages derogatory to Islam’s prophet. The Christian continues to deny the charge.

On Tuesday (June 22), an additional sessions judge in Rawalpindi District upheld Bhatti’s conviction even though new evidence presented by the prosecution again failed to directly link Bhatti with the alleged offense, according to his attorney.

In a bid to convert his life term into a death sentence, the complainant in the case, Ibrar Ahmed Khan, last year filed an application in the Lahore High Court (LHC) Rawalpindi Bench seeking forensic examination of cellular company audio samples to try to establish Bhatti’s direct involvement in the texts, attorney Tahir Bashir said.

Police had obtained audio samples from the cellular company during the trial, but they could not be examined forensically due to absence of a testing facility at that time, he said.

Police obtained samples from three people, including the SIM card’s registered owner, Ghazala Khan, who used to work with Bhatti.

“When someone calls the cellular company for activation of the SIM card, their voices are recorded,” Bashir said. “In this case, the SIM used in the alleged offense was activated thrice – the first two times by some people related to Ms. Khan, and the third time by the woman herself. Bhatti never possessed the SIM, but his phone set was mysteriously used to send those blasphemous text messages. It’s quite clear that the convict was trapped in the case through his phone.”

Khan was also arrested and charged with blasphemy in 2012. At her trial in April 2013, Justice Khalid Mehmood of the LHC Rawalpindi Bench refused to pass judgment against her and instead tried to convince the complainant to forgive her. Khan said she was innocent and did not want forgiveness but to be freed on merit.

The judge showed leniency and granted her bail. She died in November 2016 from Hepatitis C, aged 39.

Citing “evidence manipulation,” Bashir said that the CD allegedly containing Bhatti’s voice sample from the cellular company’s records turned out to be blank when it was played in court.

“The police then sought time from the judge and manufactured a new CD containing Bhatti’s audio samples from the recordings that were made in the presence of a magistrate during the trial in 2017,” he said. “They presented this CD as a record from the cellular company even as I argued that the audio record should be directly summoned from the company.”

During the initial trial, the judge was not satisfied with the evidence purported to incriminate Bhatti, so he had sentenced him to life imprisonment even though the mandatory punishment under Section 295-C is death, the attorney said.

Lower court judges routinely hesitate to make rulings based on merit or free those accused of blasphemy, instead transferring their burden to higher courts while the accused and their families suffer.

Bashir said that he had filed an appeal against Bhatti’s conviction in the Lahore High Court in 2017, but it had been repeatedly adjourned on one pretext or the other over the years.

“On the other hand, the LHC ordered reexamination of the evidence on a single application by the complainant,” he said. “It’s very unfortunate that innocent people are made to suffer in jail, and their appeals are kept pending by the higher courts for years.”

Despite the “disappointing verdict” and delay tactics, he said he was still hopeful that the LHC would accept his appeal and order Bhatti’s acquittal.

Church officials and human rights groups say blasphemy allegations are frequently used not only to settle personal scores but to target religious minorities in Pakistan.

A Senate Special Committee on Human Rights and the Islamabad High Court in 2018 recommended that those making false blasphemy accusations be given the same punishments as those for blasphemy convictions, but the government dismissed the recommendation. The recommendation also stated that anyone registering a blasphemy case at a police station must bring two witnesses.

While punishment for blasphemy ranges from several years in prison to death in Pakistan, a person making a false accusation faces potential punishment of only six months in prison or a fine of 1,000 rupees (US$6). Successive governments have acknowledged that the blasphemy laws are blatantly misused, but little effort has been made to stop the abuses.

Rights activists say it’s unlikely that any government will move to repeal or amend the blasphemy laws due to fierce Islamist sentiments in the Muslim-majority country. They say Pakistani authorities must be urged to immediately implement effective procedural and institutional safeguards at the investigative, prosecutorial and judicial levels to prevent abuse of these laws.

At least 35 people in prison in 2020 received death sentences for blasphemy, compared with 29 the previous year, according to the U.S. State Department’s 2020 International Religious Freedom Report. The report cites the Center for Social Justice, a national Non-Governmental Organization, as reporting that at least 199 people were accused of blasphemy offenses in 202, the highest number of blasphemy cases in a single year in the country’s history. Most of the accused were Shia (70 percent of cases) and Ahmadis (20 percent), according to the report.

The U.S. State Department in December re-designated Pakistan among nine other “Countries of Particular Concern” for severe violations of religious freedom. Previously Pakistan had been added to the list on Nov. 28, 2018.

Pakistan ranked fifth on Christian support organization Open Doors 2021 World Watch list of the 50 countries where it is most difficult to be a Christian.