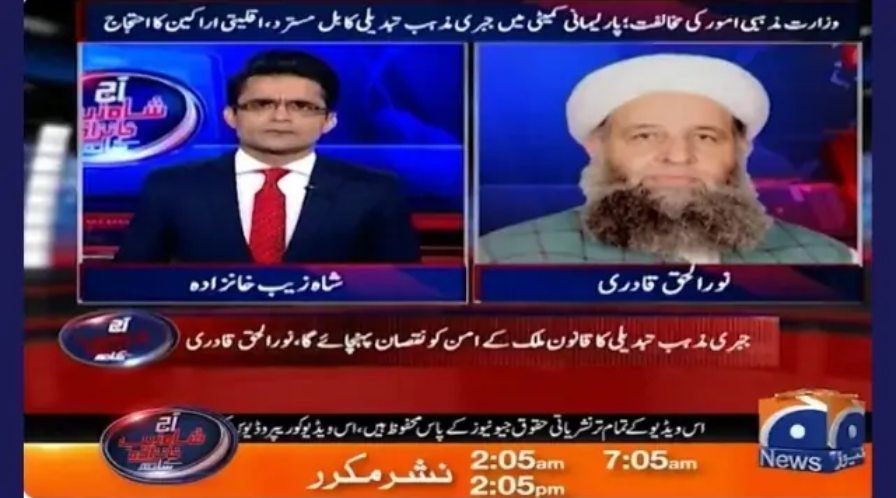 The statute would have put a halt to the practice of kidnapping, converting to Islam, and marrying to Muslim men young Hindu and Christian girls.

Bitter Winter (20.10.2021) – https://bit.ly/3E0cv63 – When we decided to call our magazine “Bitter Winter,” we alluded to the fact that China is experiencing a permanent harsh winter where human rights and religious liberty are frozen. But there is a bitter winter of freedom of religion and human rights in Pakistan as well.

Last week, a parliamentary committee in Pakistan rejected a draft law that would have made forced religious conversions a crime, punishable with a 5- to 10-years jail penalty. Such draconian remedy was seen by religious minorities as the only way to stop the epidemics of abductions, conversions to Islam, and marriages to Muslims of young Hindu and Christian girls, many of them minors, something Bitter Winter has repeatedly denounced.

We acknowledged that, among thousands of cases, there may be some when young girls from the religious minorities really fall in love with older Muslim men, creating a Romeo-and-Juliet situation. There are many other cases where conversion and marriage are clearly the result of violence. Even if courts are well-intentioned, which in Pakistan is not always the case, discerning is difficult. Laws forbidding religious conversions of minors, except when their parents also convert to a different religion, and submitting religious conversion to tests to reasonably exclude it has been forced, are the only way of preventing violence and protecting minorities.

That the law would be rejected became clear in August, when the Ministry of Religious Affairs interviewed under the aegis of the Council of Islamic Ideology, clerics from different Islamic schools, who claimed that “there are no forced conversions in Pakistan.” Minority human rights activists noted that some of the clerics who testified as experts were involved in cases of forced conversions themselves.

The Minister of Religious Affairs, Sahibzada Noorul Haq Qadri, was indeed the main force behind the rejection of the draft bill. He claimed that problems exist only in three districts of Sindh, and that girls convert to Islam because they fall in love with Muslim men or, more frequently, because they are poor and want to marry richer Muslims.

enator Anwaar-ul-Haq Kakar, chair of the committee who rejected the draft bill, commented that, “Ninety eight per cent of forced conversion cases take place with underprivileged girls, who run away from their homes. There’s seldom been any case like such for women who are doctors and engineers, or just higher up the social class.” Other members of the committee played the nationalist card, and called the draft law a fruit of the West’s attempt to interfere in the internal affairs of Pakistan.

This is an egregious way of blaming the victims. If Christians or Hindu girls are poor, and are not “doctors or engineers,” it seems that they should be happy to be “taken” by richer Muslim men, no matter what their age and their culture is.

The rejection of the draft law makes it abundantly clear that Pakistan is not prepared to deal seriously with the discrimination and violence against religious minorities. The international community should take notice.