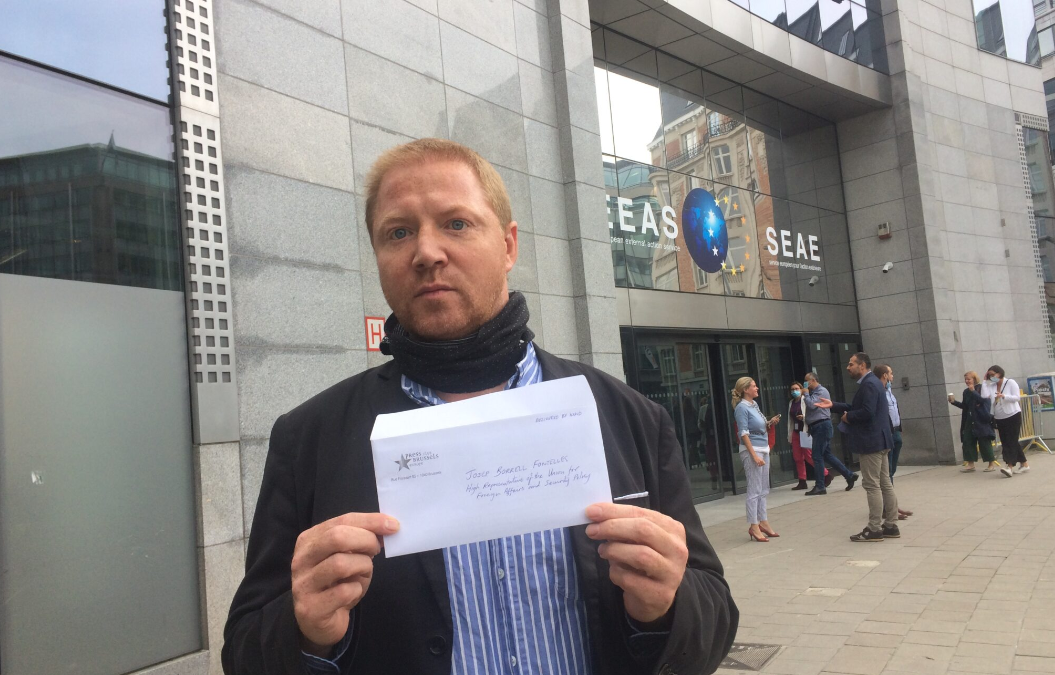 EU urged to act over ‘continued rights abuses’ by Pakistan

In the letter, delivered by hand to the Brussels offices of Borrell, a former Spanish MEP, on Wednesday, the NGOs particularly highlighted the abuses of Pakistan’s blasphemy laws.  This has recently seen an eight year old child charged with blasphemy “against the prophet” an offence carrying a mandatory death sentence.     The letter follows a recent conference on the matter, also hosted by the Press Club in Brussels, which was addressed by former European Commissioner Jan Figel, MEP Peter van Dalen and others.

A UK parliamentary group has since declared its support for the campaign, headed by HRWF.  One of the organisers of the letter told this site that there is particular concern about Pakistan’s current country’s blasphemy laws, and the lack of respect for the presumption of innocence.  The letter handed to Borrell, the EU’s foreign affairs chief, cites article 12 of a European parliament Joint Motion For A Resolution, dated April 28 and passed by 681 votes.  This pledges “to immediately review Pakistan’s eligibility for GSP+ status in the light of current events and whether there is sufficient reason to initiate a procedure for the temporary withdrawal of this status and the benefits that come with it, and to report to the European Parliament on this matter as soon as possible”.

The recent conference heard that of the benefits given as a result of the current agreement with Pakistan, around 20% only accrued to the EU, causing, in the opinion of the conference, no significant potential detrimental economic impact on the EU or the member states.  The imposition of the mandatory death sentence for those found guilty of blasphemy against the prophet, particularly in the context of such charges having recently been levelled at an eight year old child, makes, in the opinion of the conference, the current GSP+ status enjoyed by Pakistan “morally and politically untenable.”

The list comprises Ahmediyyas, Shias, Hindus, and Christians.  Sixteen of these have been handed a death sentence.  The letter sent to  Borrell on Wednesday states that “Accordingly, we wish to ask the High Representative – who has previously stated that suspension of Pakistan’s GSP+ status is a measure of last measures – what his current position is in this regard?”  The letter, seen by this site,  goes on to say that “given that Pakistan’s behaviour clearly contravenes the requirement for GSP+ beneficiaries to ratify 27 international conventions, numerous it is clearly in breach of, we respectfully ask how the High Representative can justify the continuation of Pakistan’s GSP+ status?”  No one from the EEAS was immediately available for comment to this website on Wednesday (15 September).