PAKISTAN: Escapee from forced marriage speaks out on Intl Day of the Girl Child 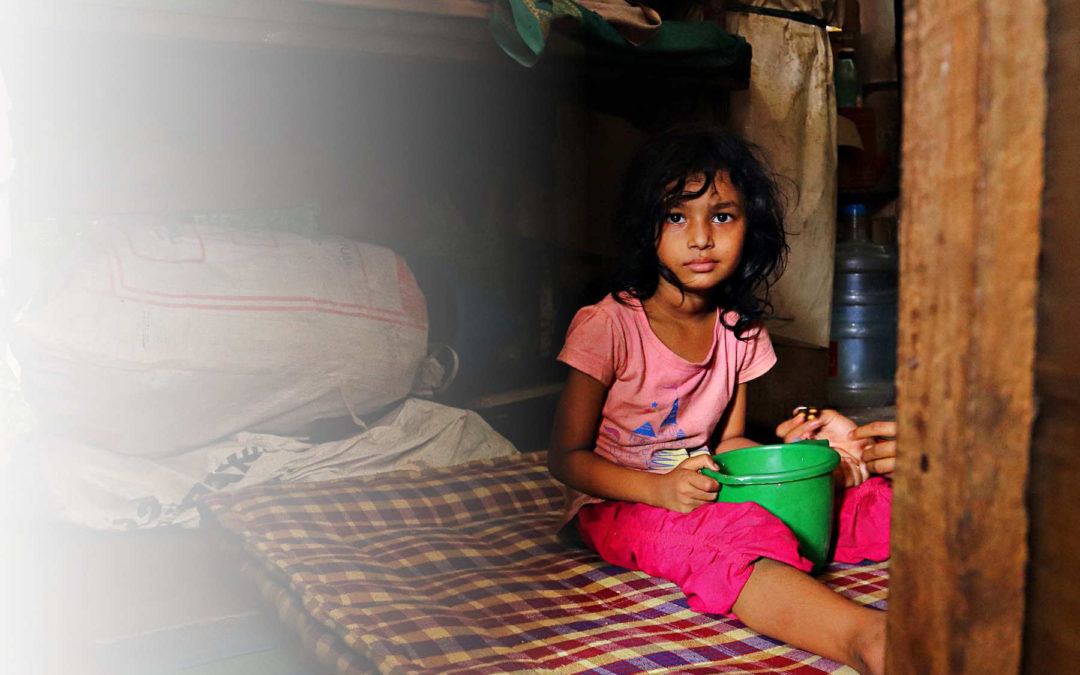 Girls from religious minorities are targeted for forced conversions through sham marriages across South Asia.

Public called to sign an open letter to the Pakistani PM and post a picture wearing green with the hashtag #EndForcedMarriage on 11 October.

ADF International (07.10.2021) – https://bit.ly/3iHqDsW – This International Day of the Girl Child (11 October), many girls in South Asia fear for their safety. 14-year-old Maira is one of the estimated 1000 girls that are “converted” against their will through a forced marriage in Pakistan every year. Maira escaped her abductor and “husband”, and now waits in hiding while her legal team fight in court to annul her marriage certificate. ADF International, the human rights organisation supporting Maira’s case, is gathering signatures for an open letter to the Prime Minister of Pakistan, Imran Khan, calling on the government to address this common threat to girls from religious minorities.

“I was forcibly abducted, forced to sign documents, and told that I had to become a Muslim. I was also told that I was now married and could not return to my parents. They threatened to kill my parents and harm my loved ones. I thank God that Sumera is my lawyer. I want to appeal to the government of Pakistan to pay attention to this case and ensure proper prosecution,” said Maira.

The open letter, drafted by ADF International, calls on the government of Pakistan to create reporting helplines, return forcibly married minors to their parents, and train the police and judiciary to better protect girls belonging to religious minorities. The human rights organisation calls for supporters of the campaign to post a picture of themselves wearing green with the hashtag #EndForcedMarriage on 11 October and sign the letter on EndForcedMarriage.org.

“Nobody should be persecuted because of their faith. In South Asia, young Christian girls are abducted and converted through forced marriage. The case of Maira is just one shocking example. We call on supporters to add their voice to the #EndForcedMarriage campaign and sign the letter to apply maximum international pressure to the Pakistani authorities, and to let these girls know that someone hears their voice,” said Tehmina Arora, Director of Advocacy, Asia for ADF International.

Maira was on her way to school in her town of Faisalabad when she was kidnapped. She was able to escape her captor, but not before she was brutalised, blackmailed, and forcibly married to a much older Muslim man. When Maira’s parents went to court to regain custody, the Lahore High Court initially ordered that she be returned to her abductor. As she waits in hiding, ADF International allied lawyer, Sumera Shafiq, is working to annul her marriage certificate.

Pakistan is recognized as one of the most dangerous places for a woman to be a Christian. Maira’s case highlights the problem of forced “conversion” through marriage which affects an estimated 1,000 girls, most commonly aged 12 to 15 years old, from religious minorities in her country every year.

The practice is usually carried out through kidnapping, sexual violence, and blackmail. Local authorities are often complicit in such cases. Courts have often failed to uphold the Child Marriage Restraint Act, which sets the legal age of marriage for girls at 16 years, and victims have been returned to their abductors during any legal challenge.

Forced conversion through forced marriage is not unique to one country. Reports have emerged of girls being forcibly married to the Taliban in Afghanistan. The Taliban have also already publicizing plans to “eradicate the ignorance of irreligion” by taking non-Muslim women and girls as sex slaves. In Northern Nigeria, many Christian girls face forced marriages and forced conversions to Islam. In Northwest Nigeria, the median age of marriage is only 15, and girls usually have no say in the matter. According to UN Women, approximately 700 million girls worldwide have been married before their eighteenth birthday. One in every three girls in developing countries is married before reaching the age of 18 and one in nine is married under age 15.

“Pakistan’s government must do more to prevent such extreme violations of fundamental rights in the country. Maira’s case is a much too frequent example of what religious minorities face and can no longer go unnoticed. All people have the right to freely choose and live out their faith without fear of violence. All states must ensure that their laws and policies are in line with their commitments to protect religious freedom under international law,” said Paul Coleman, Executive Director of ADF International.