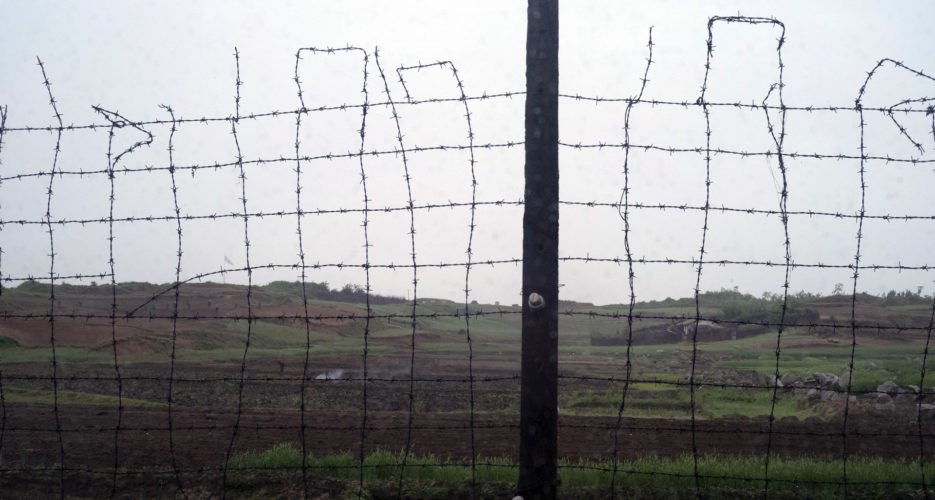 The man was caught Tuesday morning and a probe is currently underway, Joint Chiefs of Staff says.

The man was detected on military CCTV at around 4:20 a.m. moving North-to-South and was taken into custody by the ROK military around 7:20 a.m. An investigation is underway on whether or not the man crossed to defect, messages from the JCS to reporters stated.

“So far, there has been no unusual trend from North Korean troops,” a follow-up message read.

The detection is the first publicly known land border intrusion in 2021, after several high-profile detections on both sides of the border in 2020. Two North Korean defectors living in the South separately attempted to re-defect back to the DPRK last September and July, with the latter succeeding by going through a drain near the border in western Ganghwa-eup and swimming to the North.

In Nov. 2020, a North Korean man crossed the eastern border in Gangwon province and was found by the South Korean military around 10 hours later. Follow-up media reports alleged that the North Korean was a former gymnast who vaulted over the 3-meter barbed-wire border fence.

In Sept. 2020, North Korean soldiers shot dead and burned a South Korean Ministry of Oceans and Fisheries official after they found him floating overboard in DPRK waters, sparking an inter-Korean crisis.

The killing is one of the few confirmed examples of North Korea’s “shoot on sight” policy to those detected along a 1 to 2-kilometer “buffer zone,” created in response to the COVID-19 pandemic.