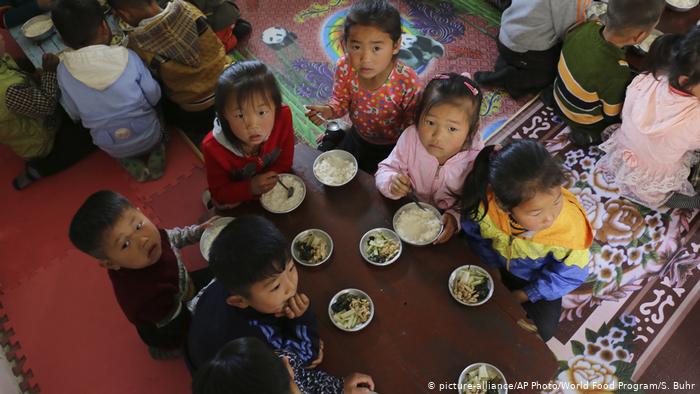 Food insecurity, a weak national health system and limited access to drinking water are at the root of the serious crisis. Growing incidence of climate disasters. Sanctions hinder access to international aid. Economy damaged by the closure of the borders for Covid-19.

Asia News (06.09.2021) – https://bit.ly/3zhHgBR – More than 10 million North Koreans, out of a population of 25 million, are in need of humanitarian assistance, according to a report by the non-governmental organization Assessment Capacities Project (ACAPS) in Geneva. It states that the serious crisis is mainly due to food insecurity, the weakness of the national health system and limited access to drinking water.

In January, during the Workers’ Party Congress, which has held power since WWII, North Korean leader Kim Jong-un admitted that the latest five-year economic plan has proved a failure. It is not only the political and economic decisions of the Kim regime that affect the country’s humanitarian situation. In recent years, repeated climate disasters, such as typhoons and floods, have contributed to the food crisis.

All this is aggravated by the economic and financial sanctions imposed by the international community to contain Pyongyang’s nuclear and missile program. The ACAPS study reveals that the punitive measures have reduced the influx of humanitarian aid to the population.

The closure of the borders ordered by Kim immediately after the emergence of the coronavirus pandemic will have a negative long-term impact on the country’s economy. Pyongyang continues to maintain restrictions even on the border with China, its only external partner, on which it depends politically and commercially.