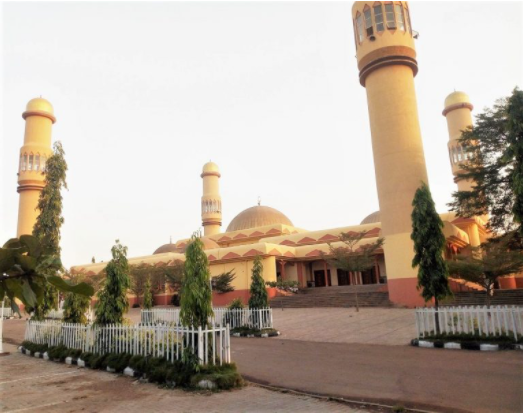 Dozens of Christians slain as Nigeria moves off CPC list

Six are killed in Plateau state, 38 in Kaduna state.

The Morning Star News (25.11.2021) – https://bit.ly/3p8EWcq – Less than a week after the U.S. removal of Nigeria’s designation as engaging in or tolerating violations of religious freedom, Fulani herdsmen on Tuesday (Nov. 23) killed two more Christian farmers in Plateau state, and earlier 38 Christians were slain in Kaduna state, sources said.

“This is the sad reality Christians have been forced to live with – total carnage and genocide against us,” said Samuel Achie, president of the Atyap Community Development Association (ACDA) in Zangon Kataf County, Kaduna state.

The Nov. 4-12 attacks in Kaduna state have become the new normal for Christians in the areas, he said.

“These horrific experiences have virtually become a daily affair with hardly any intervention from the Nigeria government, as in all these attacks against Christians there’s been complete absence of security intervention,” Achie said.

In Plateau state’s Ancha village, Bassa County, Muslim Fulani herdsmen on Tuesday (Nov. 23) attacked the two Christians as they worked on their farm at about 2:30 p.m., area resident Moses Chohu said in a text message to Morning Star News. Daniel James, 32, and Zakwe Deba, 35, were members of the village Baptist Church, he said.

“They were shot to death by the herdsmen who were armed with AK-47 guns, family members who escaped the attacked disclosed,” Chohu said.

Herdsmen in late October sent a letter to Christian communities in Miango District, Bassa County, warning of impending attacks if residents did not evacuate their villages.

Christian residents forwarded the letter to military and police authorities in Plateau State. Tuesday’s (Nov. 23) attack on Ancha village was seen as fulfillment of the threat.

“My rice farm, measuring about two hectares, has completely been destroyed by herdsmen,” Tengwong said in a text message to Morning Star News. “Me and my family are now left with nothing to survive on in the next one year, as that’s all we have.”

In Riyom County on Oct. 23, herdsmen ambushed three Christians. Ibrahim Peter, wife Felicia Peter and Mary Ayuba were returning from their farms to their homes at about 7 p.m.

“The herdsmen were armed with deadly weapons like guns and cutlasses,” Ibrahim Peter said in a text message to Morning Star News. “They shot at us, and we all sustained gunshot wounds.”

The three Christians were treated at a clinic, fortunate to have sustained only minor injuries, Peter said.

“Crops we farm are usually destroyed by Fulani herdsmen on Sundays when we’re holding worship services in our churches,” he added.

“Let’s pray for the protection of Christians in Plateau state,” Azi said.

Achie of the ACDA said the attacks have become “high-level genocide.”

“We have been living in such dangerous atmosphere of persecution from Muslim herdsmen for quite a long time now, and these attacks have resulted in loss and destruction of properties of unimaginable magnitude,” Baba said in a text message to Morning Star News. “We’ve have been left with nothing to eat and nowhere to sleep, as our crops and houses have completely been destroyed.”

Kibori resident Moses Bako confirmed the killing of eight Christians in his village.

“Kibori was attacked by Muslim Fulani militias on the evening of Monday, Nov. 8,” Bako said in a text message. “These herdsmen invaded us and started shooting randomly, resulting in the killing of the eight Christians, while many others were injured.”

The herdsmen also looted and burned homes, he said.

“And at Atagjeh village, a nearby Christian community, the Fulani militias on Tuesday, Nov. 9, at about midnight, killed three Christians and injured three others,” Bako said.

“Life here is miserable for Christians, I must confess,” John said. “The herdsmen came and attacked us, and because we are helpless, were unable to defend ourselves. Our houses have been obliterated completely, and we have been forced to flee to other areas.”

Nigeria was the country with the most Christians killed for their faith last year (November 2019-October 2020), at 3,530, up from 1,350 in 2019, according to Open Doors’ 2021 World Watch List report. In overall violence, Nigeria was second only to Pakistan, and it trailed only China in the number of churches attacked or closed, 270, according to the list.

In this year’s World Watch List of the countries where it is most difficult to be a Christian, Nigeria broke into the top 10 for the first time, jumping to No. 9 from No. 12 the previous year.

The U.S. State Department on Nov. 17 removed Nigeria from its list of Countries of Particular Concern (CPC), those that engage in or tolerate violations of religious freedom. Christian Solidarity International President John Eibner, among other aid and advocacy group leaders, criticized the move.

“Removing this largely symbolic sign of concern is a brazen denial of reality and indicates that the U.S. intends to pursue its interests in western Africa through an alliance with Nigeria’s security elite, at the expense of Christians and other victims of widespread sectarian violence, especially in the country’s predominantly Christian Middle Belt region,” Eibner said in a statement.

Besides violence against Christians in Nigeria documented by Morning Star News, CSI noted that in northern states that have adopted sharia (Islamic law), multiple Muslims are imprisoned for blaspheming against Islam.

“If the U.S. CPC list means anything at all – an open question at this point – Nigeria belongs on it,” CSI stated.

In the past few years Fulani jihadist militias have killed thousands of Christians in Nigeria’s Middle Belt region and displaced millions, according to CSI.

“The goal of these attacks,” Eibner said, “is to weaken and eliminate indigenous non-Muslim populations from the region and entrench Muslim supremacy in this historically contested space, for the political benefit of Nigeria’s current rulers.”

A sharp rise in attacks led CSI to issue a Genocide Warning for Christians in Nigeria in 2020.

The State Department identified Islamic extremist Boko Haram and ISIS-West Africa as “Entities of Particular Concern,” in regard to religious freedom, but it omitted the Fulani militias that terrorize indigenous Christian communities in Nigeria, Eibner said.

“It appears that the true purpose of Nigeria’s de-listing and the exclusion of Fulani militias as ‘Entities of Particular Concern’ is to pave the way for renewed cooperation between the United States and Nigeria’s national security establishment, which is dominated, as it has traditionally been, by Muslim political elites from northern Nigeria,” according to CSI.

CSI urged the State Department not only to return Nigeria to the CPC list but to re-orient its Nigeria policy around ending the massacres of Nigerian Christians and others and preventing the degeneration of the Nigerian state into further violence.

“It is a short-sighted policy that prioritizes cooperation with the ruling elite at the risk of genocide,” CSI stated.

Nigeria had been added to the CPC list in December 2020. On Dec. 10, 2020, the prosecutor of the International Criminal Court, Fatou Bensouda, issued a statement calling for investigation into crimes against humanity in Nigeria.

Numbering in the millions across Nigeria and the Sahel, predominantly Muslim Fulani comprise hundreds of clans of many different lineages who do not hold extremist views, but some Fulani do adhere to radical Islamist ideology, the United Kingdom’s All-Party Parliamentary Group for International Freedom or Belief (APPG) noted in a recent report.

“They adopt a comparable strategy to Boko Haram and ISWAP [Islamic State West Africa Province] and demonstrate a clear intent to target Christians and potent symbols of Christian identity,” the APPG report states.

Christian leaders in Nigeria have said they believe herdsmen attacks on Christian communities in Nigeria’s Middle Belt are inspired by their desire to forcefully take over Christians’ lands and impose Islam as desertification has made it difficult for them to sustain their herds.

The APPG report noted that tribal loyalties cannot be overlooked.

“In 2015, Muhammadu Buhari, a Fulani, was elected president of Nigeria,” the group reported. “He has done virtually nothing to address the behavior of his fellow tribesmen in the Middle Belt and in the south of the country.”