NIGERIA: The US officially turns a blind eye to endangered Christians 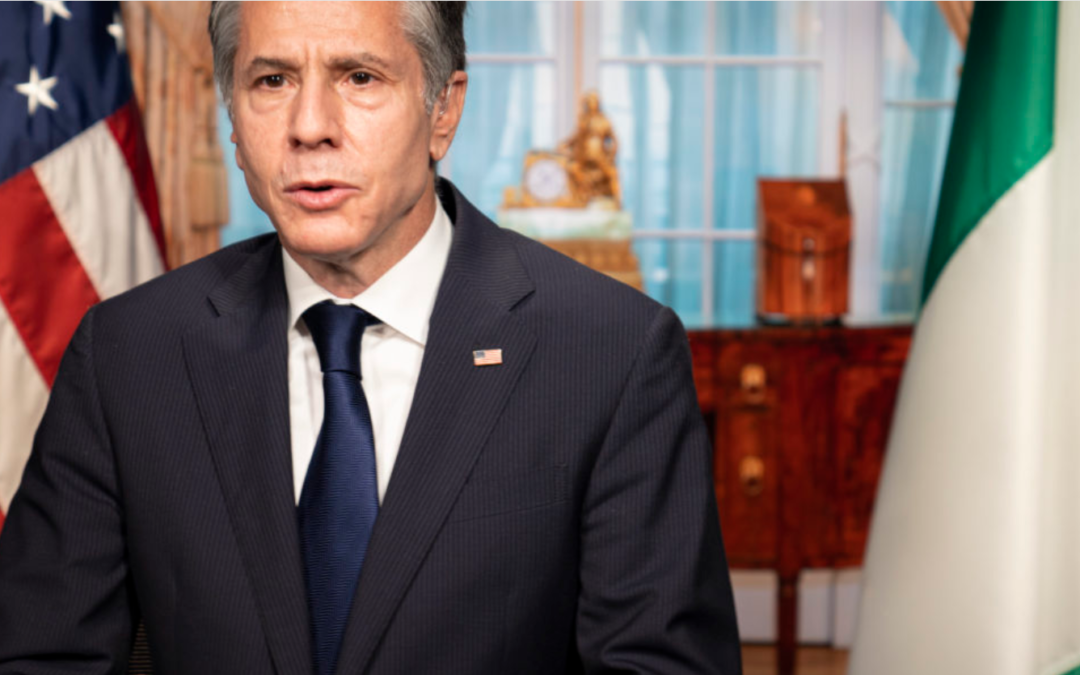 A shocking reversal: The US officially turns a blind eye to Nigeria’s endangered Christians

On Friday, November 19, just hours after Secretary of State Antony Blinken launched his first diplomatic outreach to Africa, we learned that the United States has inexplicably removed Nigeria from its State Department list of Countries of Particular Concern (CPC). To some, that may sound like innocuous paperwork or an ambassadorial feel-good gesture. But, in fact, this de-listing of Nigeria’s CPC designation is an outrageous betrayal of an already brutalized Christian community. And it forebodes multiplied death squads, torched villages and farmlands, and devastated homeless refugees.

After years of well-documented massacres and mutilated survivors, the Trump administration began to look more closely at the Islamist targeting of Nigerian Christians. Announced by then-Secretary of State Mike Pompeo, Nigeria’s Country of Particular Concern designation was made in early December 2020.

Nigeria has long been one of the most dangerous countries on earth for Christians. According to Voice of America in early 2021:

A report by the US-based Christian persecution monitoring group Open Doors shows the number of Christians killed in 2020 increased by 60%, mostly because of Islamic violence against Nigerian Christians. The study says more than 2,200 of 4,761 Christians killed around the world in 2020 died in Nigeria because of radical Islamists… Another US-based organization, International Christian Concern, estimates 50,000 to 70,000 Christians have died in violent attacks in Nigeria over 18 years, mostly carried out by Boko Haram terrorists or arms-wielding gangs.

How dangerous is the situation in Nigeria? Family Research Council President Tony Perkins, who also serves on the US Commission on International Religious Freedom, estimates that as many as 8,000 Christians have been murdered in cold blood between January and September this year. Meanwhile, the Nigerian government does almost nothing—and the Biden administration has decided to do even less.

In a move that rocked the international community, the President’s State Department decided to drop Nigeria as a “country of particular concern.” Nigeria, where more Christians are killed than anywhere else on the face of the planet, American leaders have suddenly decided to turn their backs and walk away. Most human rights groups, religious and non-religious, were aghast. The situation is the worst it’s ever been, and it’s deteriorating by the day. If America ignores what’s happening there, it will only excuse Nigerian leaders who do the same. International pressure is one of the only weapons the world has to stop this slow-motion war.

In short, the CPC designation makes possible the application of economic sanctions as a form of penalizing rogue regimes. So, after other non-economic policy options—meant to end particularly severe violations of religious freedom—have reasonably been exhausted, “an economic measure generally must be imposed.”

With violence escalating in Nigeria, it is hard to believe that any concrete changes have taken place with Nigeria’s radicalized leadership. In 2018, then-President Donald Trump personally confronted President Muhammadu Buhari about the abuses of Christians—but to no avail.

Meanwhile, who can explain the behind-the-scenes negotiations that led to this recent decision to drop the CPC designation? No explanation has been provided, and speculation is futile.

Increasing numbers of frustrated voices are responding to this mystifying US move, which apparently represents some sort of clandestine capitulation to the West African nation’s extremist Muslim regime. And embattled Nigerian pastor, Rev. Joseph Hayab, chairman of the Kaduna State chapter of the Christian Association of Nigeria, could not have expressed his perspective more clearly:

How can they say the situation is improving when on Oct. 31, a whole Baptist congregation of 66 people [was] abducted, and just last night, the bandits put out a video saying they are doing it because they are against Christians? What he [Blinken] did baffles us, because Christians in Nigeria and others suffering persecution feel like they cannot rely on the US government to help them.

That is like telling a sick man in the hospital to go home to die.

The questions remain, What hidden motive lies behind the Biden regime’s reversal of Nigeria’s Country of Particular Concern designation? And what can distressed international religious freedom advocates do about it?

Photo : Secretary of State Anthony J Blinken participates in a virtual US-Nigeria Health Partnership Event from the US Departement of State in Washington DC on April 27, 2021.