NEPAL: Christianity thrives in Nepal amid trials and tribulations 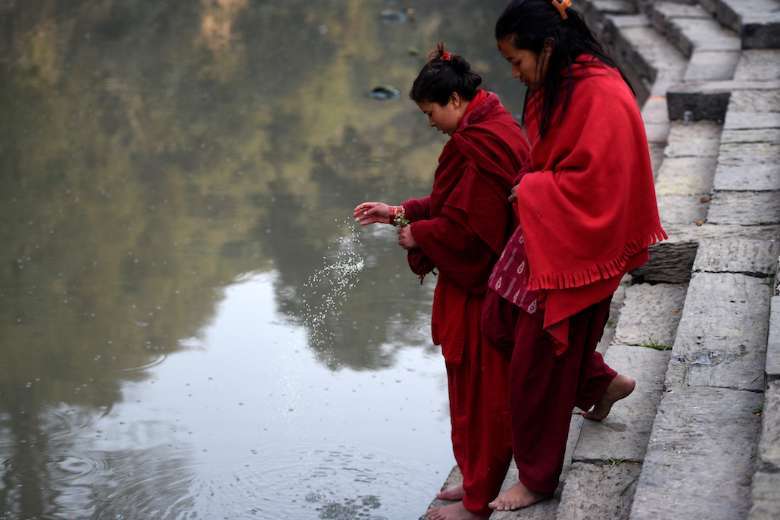 UCA News (16.02.2021) – https://bit.ly/3uf7lPK – Christian social worker Chinimaya Blon ran an orphanage for poor and abandoned children in Dhankuta district of eastern Nepal for five years from 2011-16 until it was shut down following the government’s refusal to renew its license.

She took 14 children to the capital Kathmandu, where pastor Hari Tamang offered them shelter on the premises of his church.

Within nine days, police raided the church and arrested Blon and Tamang after accusing them of trafficking and attempted religious conversion of minors. The two spent six days in jail and were released on bail of 50,000 rupees (US$423).

The charge of trafficking was later dropped, but they are still fighting the charge of proselytizing, a serious crime under Nepal’s anti-conversion law.

Both accused face a fine of 50,000 rupees and a jail term up to five years under the anti-conversion law. Any foreigner found guilty of encouraging and promoting religious conversion can be deported within a week.

The ordeal of Blon and Tamang is just one example of how Christians are often targeted and abused in the Himalayan Hindu-majority nation for their faith and faith-based charities.

Persecution of Christians has intensified under Nepal’s new criminal legislation, the Civil and Criminal Codes 2018, which replaced the 165-year-old General Code. It includes laws guiding criminal and legal proceedings that include strict restrictions on religious conversion.

The legislation is in striking contrast to Nepal’s 2015 constitution, which allows freedom of religion and adopted secularism, democracy and human rights as key principles.

Rights activists and Christian leaders believe the anti-conversion law was specifically designed to target Christians amid long-running aggressive campaigns and allegations from radical and nationalist Hindu groups and political parties. In 2017, two parliamentarians said that Hinduism in the country was “teetering on the edge” due to Christian churches and missionaries, often with funding from the West.

The history of Christianity in Nepal spans more than five centuries marked by oppression and challenges amid the nation’s turbulent politics. Until 2007, Nepal was a Hindu kingdom for two centuries before the monarchy was overthrown. Then came the communist-ruled government, followed by Hindu nationalist rule. In each period, Christianity has been targeted and attacked in various forms that included persecution and expulsion of Christians and missionaries.

Since 2018, when the anti-conversion law was introduced, police have investigated at least 16 cases of religious conversion filed against Christians by state and non-state actors.

Government officials often side with Hindu groups who come up with baseless accusations against Christians over illegal religious conversions.

“Most reported cases that come regarding religious conversion are from the Christian religion,” Chakra Bahadur Budha, a Ministry of Home Affairs spokesperson, told Global Press Journal.

Open Doors, a US-based Christian charity, listed Nepal as one of the countries with a high level of Christian persecution. Many Hindus view conversion to Christianity as “deviating from the faith of the ancestors and therefore breaking with their culture and their national identity.” Christian converts face tremendous pressure from their families, friends, community and government officials.

Christians have regularly been the victims of violence in Nepal

In 2009, a Hindu extremist group, Nepal Defense Army, bombed the Assumption Cathedral in Kathmandu, leaving three Catholics dead and many injured. In 2012, the group threatened a church official with further bomb attacks.

In 2017, arsonists attempted to set fire to the cathedral, leaving parts of the priests’ residence and the western part of the cathedral damaged while a car and two motorbikes were completely burned.

In April 2019, Pastor Dilliram Paudel, secretary-general of the Nepal Christian Society (NCS), was arrested with four other Christians at a hotel in Dang district in western Nepal for alleged attempted religious conversion. The group, including an Indian and one American, had been invited by local churches to speak to a group of pastors. The pastor and others were later released on bail after a week in custody, while the American woman narrowly escaped being deported thanks to lobbying by church and rights groups.

About 8,000 Catholics live in the Apostolic Vicariate of Nepal, though Catholicism in the country dates back to the 16th century from the time of Portuguese rule in the present Indian state of Goa.

But there are an estimated 2-3 million Christians in Nepal, according to the National Federation of Christians. Most Christians belong to Protestant and evangelical churches, who number as many as 12,000 across the country.

Also included in the Christian flow are the most marginalized and disadvantaged ethnic groups like Chepangs, who struggle to survive amid a lack of education and employment.

The rising switch to Christianity has more to do with socioeconomic conditions than a genuine thirst for the faith. For many, Christianity offers solace and an escape from the endemic discrimination, poverty and sickness that plague many parts of Nepal.

About 25 percent of Nepalese live below the poverty line in a country of about 30 million where a thriving tourism industry, the main economic lifeline, has slowed to a trickle. The devastating earthquake in 2015 that killed over 9,000 people pushed some 3-5 percent Nepalese into poverty.

The nation’s hospital system is fragile and some 22 percent of people don’t have access to basic health services, largely because only about 5 percent of Nepal’s national budget is allocated to health care.

Unemployment in Nepal is about 2 percent but the International Labor Organization noted that about 19 percent of people aged 15-30 are unemployed. Corruption is endemic in Nepal as the country stands 117th out of 180 countries in the Global Corruption Index

Despite repressive regimes, Christian missionaries and church groups have been present in Nepal and offered hope and support to socially and economically excluded groups with food, clothes, employment and humanitarian aid.

These groups have been attracted to Christianity as they have long sought to get away from deep-rooted, caste-based and discriminatory social structures. To the rebels, the Christian faith offers a liberation from long-running injustices.

Yet Hindu religious groups and upper-class Hindus in political parties have accused Christian missionaries and church groups of converting Hindus by luring them with money and other economic incentives, which is nothing but a shameless cover to hide the structural fault lines in Nepal’s social and state systems.

Christian groups have appealed to the authorities to allocate spaces for cemeteries amid a shortage of burial sites, but their pleas fell on deaf ears.

Following the 2015 earthquake, even government claimed that Christian groups converted many people while providing aid. Christian leaders refuted the allegations as groundless as church groups including Catholic charity Caritas Nepal were among the first to respond with relief and rehabilitation.

Christian charities are credited with reaching out to rural, remote regions with food, education and health services where government and other private agencies have failed.

Thus, as long as Christianity offers love and hope to beleaguered Nepalese people, the faith will continue to rise and shine in the shadow of Hindu religious and cultural hegemony.

Christian groups across the world need to pay more attention to the plight of their Christian brothers and sisters in Nepal.

Photo : Hindu devotees perform rituals after a ceremonial bath in the holy Bagmati River during the month-long Swasthani festival at the Pashupatinath Temple in Kathmandu on Feb. 11. (Photo: Prakash Mathema/AFP)