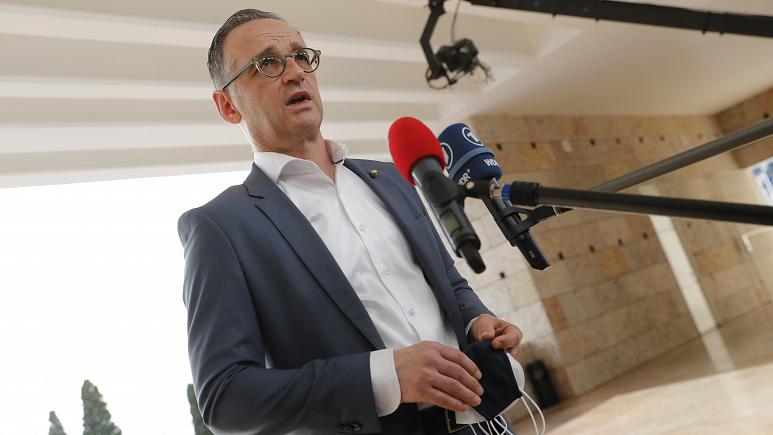 By Rachael Kennedy with AP

Euronews (28.05.2021) – https://bit.ly/2RTfSta – Germany has agreed to recognise as genocide its colonial-era killings of tens of thousands of people in Namibia.

Foreign Minister Heiko Maas announced the move on Friday, saying the country would seek forgiveness from Namibia and relatives of the victims, as well as a “joint path to genuine reconciliation”.

He added that Germany would also commit to spending €1.1bn on mostly development projects over the next 30 years.

“In light of Germany’s historical and moral responsibility, we will ask Namibia and the descendants of the victims for forgiveness,” Maas said in a statement.

“Our aim was and is to find a joint path to genuine reconciliation in remembrance of the victims. That includes our naming the events of the German colonial era in today’s Namibia, and particularly the atrocities between 1904 and 1908, unsparingly and without euphemisms.

“We will now officially call these events what they were from today’s perspective: a genocide.”

The accord comes as a result of more than five years of talks with Namibia about the four-year period during Germany’s reign as the nation’s colonial ruler.

According to historians, German General Lothar von Trotha was sent in 1904 to quash an uprising from the Herero people in what was then German South West Africa. He is said to have told his troops to wipe out the entire tribe.

In 2015, Germany and Namibia initially began talks over the potential agreement – more than a decade after then-Development Minister Heidemarie Wieczorek-Zeul offered Germany’s first apology for the killings.

Wieczorek-Zuel was on a visit to Namibia in 2004 when she made the apology and said the killings were “what today would be labelled as genocide”.

The timing might have something to do with the German election later this year, said Christian Kopp, a historian and founder of the Berlin Postkolonial Association, who spoke to Euronews via email.

“After five years of fruitless negotiations, the German Foreign Ministry (Social Democrats) certainly wants to show results as they might soon lose their ministry in the upcoming elections,” he said.

“Germany is not recognising what happened in 1904-08 as a genocide in the full sense of the word, specifically not in international law. That is why the government is using the phrase genocide ‘from today’s perspective'”.

Kopp also noted that the Namibian government is also “desperately short of money” so would have an interest in reaching an agreement, too.

In his announcement on Friday, Maas said the €1.1bn pledged to Namibia would signal “a gesture of recognition of the incalculable suffering” and would help with “rebuilding and development” programmes in which “the communities affected by the genocide will take a decisive role.”

He also said the cash would not be available for people to claim compensation, which reflects Germany’s position that the Genocide Convention 1947 cannot be applied retroactively. This, as Kopp notes, is a further example of Germany accepting political and moral liability rather than legally.

How significant is this?

“If it was a true ‘reconciliation agreement,’ the significance would be great,” said Kopp. “But as it is, Ovaherero leaders, Nama leaders, opposition parties and a considerable part of the affected communities are already protesting against it.

“The agreement is making things worse. Germany is side-lining the Ovaherero and Nama by continuing a policy of disrespect and marginalisation.”

Germany maintains representatives of the Ovaherero and Nama peoples were involved in negotiations for the agreement; however, the main dealings have been with the Namibian government.

“The influential non-government victims’ groups, opposition parties and (as the Namibian press is reporting) also a great number of traditional chiefs are protesting – some today in the streets of Windhoek,” added Kopp, who said he and other activists, supporters and friends in Germany “aren’t happy either”.

“Reconciliation is a voluntary act; you can only hope for it and it has to be between civil societies. Governments cannot achieve this by decree against the will of the affected communities.”