MYANMAR: In the shadow of the Rohingya’s genocide, the forgotten Christians 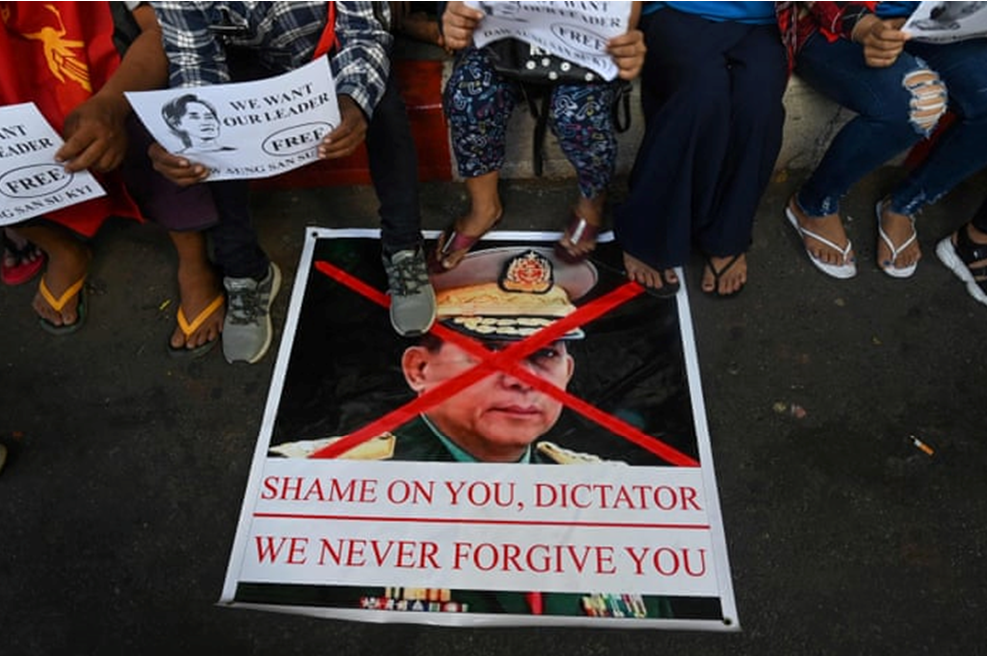 In the shadow of the Rohingya’s genocide, the Christian minorities in Myanmar are forgotten

HRWF (30.09.2021) – In the shadow of the genocide targeting Rohingya Muslims for years, the fate of other ethno-religious groups in Myanmar has been largely unreported although they are also the victims of the military junta’s racist nationalism. This is the conclusion of the in-person and live streamed conference held on 28 September at the European Parliament by MEP Bert-Jan Ruissen with his colleagues from the Intergroup of Freedom of Religion or Belief, MEP Michaela Sojdrova and Ladislav Ilcic.

The first speaker, Alex Aung Khant, an election candidate in 2019 and a Buddhist, exposed the atrocities committed by the junta against all forms of opposition since their coup d’état on 1 February 2021. Their power is based on two pillars, he said: the military and money generated by the misuse of mineral resources. A third pillar which is perceived as a threat and escapes their control consists of Buddhist monks opposed to their dictatorship, and ethno-religious groups that have been alienated throughout the last decades whoever was in power. Rohingya Muslims are not considered a historical component of Myanmar identity and have been ostracized for decades, Alex Aung Khant insisted, and similarly, Christian ethnic groups like the Kachin, the Chin and the Karen are also denied full citizenship. They are viewed by their rulers as ‘guests’ in a country that is said not to be theirs because they are not Buddhists, which ‘justifies’ any repression by the police and military forces. They do not have the same ID card as the Buddhist Burmese and are treated as second-class citizens. At school, children from minority ethno-religious groups have to attend the compulsory classes of Buddhist religion.

In recent years, violations of FoRB and other human rights have also been observed in several states in northern Myanmar, notably in Kachin and northern Shan states, perpetrated against the majority Christian Kachin and Chin ethnic groups. Widespread conflict between the Myanmar Army and the Kachin Independence Army (KIA) has led to thousands of civilian deaths, and the displacement of over 120,000 people. In September 2018 the UN Independent International Fact-Finding Mission on Myanmar declared that the violations documented in Kachin and Shan states amounted to crimes against humanity and war crimes.

More recently, on 24 May 2021, four civilians were killed and eight more were injured in an attack by the Myanmar/Burma army on a Catholic church in Kayan Thar Yar village in Kayah (Karenni) State. According to a statement by the Ministry of International Cooperation of the National Unity Government of Myanmar, military forces fired a heavy artillery shell at the Catholic church, where elderly people and children were reportedly hiding after fleeing their homes following earlier attacks on their village.

The shelling took place just two days after military forces raided a Karen Baptist Church in Insein, Yangon, on 22 May. The church pastor and two other young men were violently beaten and detained, the church was ransacked and its property destroyed. A few days earlier, on 13 May, Father Columban Labang Lar Di of the Banmaw Diocese in Kachin State was arrested by military forces as he was travelling from Banmaw to Myitkyina. He was released on 17 May after repeated appeals from church leaders and members of the international community.

Dr Adina Portaru, senior counsel at ADF International, addressed the issue of EU’s possible response to the repression dramatically targeting ethno-religious groups and impeding the Christians’ individual and collective practice of their religion. She stressed that the adoption of the EU Guidelines on Freedom of Religion or Belief (FoRB) in 2013 as well as the creation of an EU Special Envoy on FoRB were quite positive and promising steps but the EU has since then failed to use the potential of these two mechanisms. She pointed at the lack of political will to take these two instruments seriously and to develop them. There has not been any report about the implementation of the Guidelines although there should have been a first report after three years and the position of EU Special has been vacant for several years after Jan Figel’s efficient mandate (2016-2019) despite the low status of this position and the limited resources. Without a strong commitment to promote freedom of religion, the EU is depriving itself from the possibility to have any positive impact on the situation of religious and ethnic minorities in Myanmar and other countries.

During the Q&A, MEP Jan-Bert Ruissen stressed that his political group, the ECR, would envisage to draft a motion for a resolution on religious and ethnic minorities in Myanmar and to gather the support of other political groups. He also declared that the issue would be examined by the Intergroup on Freedom of Religion or Belief.