MONTENEGRO: At least 20 injured in Serbian church protest in Montenegro 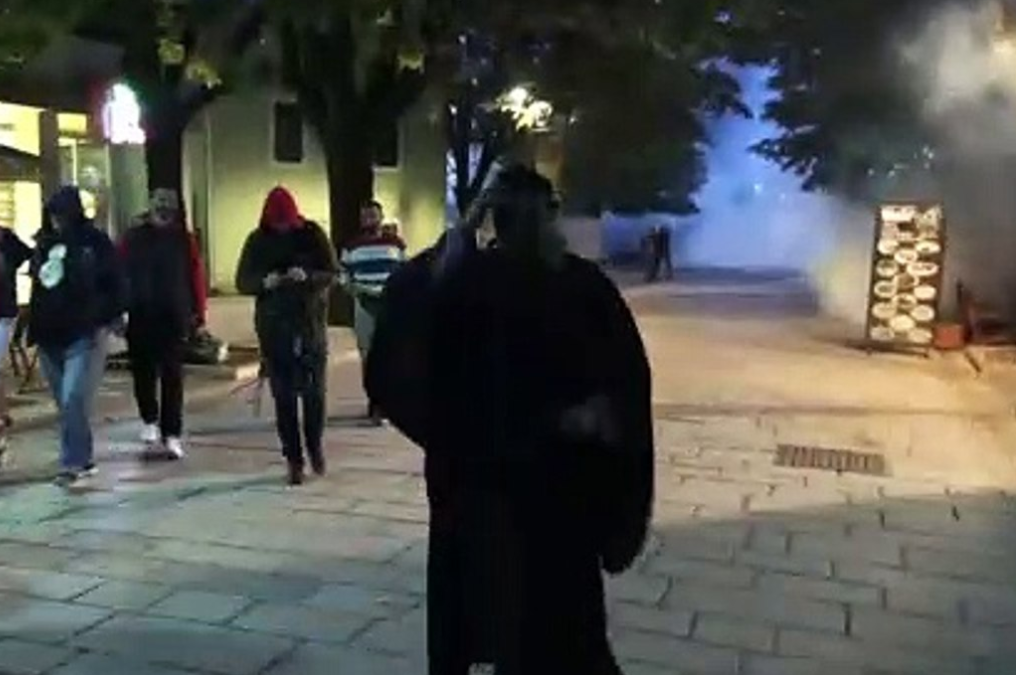 At least 20 injured in Serbian church protest in Montenegro

Euronews (05.09.2021) – https://bit.ly/2Vir1Fz – At least 20 people were injured Sunday in Montenegro during clashes between police and demonstrators trying to prevent the inauguration of the new head of the Serbian Orthodox Church.

Police also announced eight arrests following the violence that marred the brief enthronement ceremony in Cetinje, the former royal city in the south of the country.

Bishop Joanikije had to be flown by helicopter from the capital Podgorica to the city’s monastery to get around the barricades that had been blocking access roads to Cetinje since the previous day.

Riot police used tear gas on protesters who fired gunshots in the air and hurled bottles and stones early Sunday in Montenegro before a planned inauguration of the new head of the Serbian Orthodox Church in the country.

The ceremony scheduled in Cetinje, a former capital of the small Balkan nation, has angered opponents of the Serbian church in Montenegro, which declared independence from neighbouring Serbia in 2006.

On Saturday, hundreds of protesters confronted police in Cetinje around a monastery where the inauguration of Metropolitan Joanikije is supposed to take place. The demonstrators also set up road barriers with trash containers, tires and large rocks to prevent church and state dignitaries from coming to the inauguration.

Chanting “This is Not Serbia!” and “This is Montenegro!,” many of the protesters spent the night at the barriers amid reports that police were sending reinforcements to break through the blockade. The protesters, some firing handguns into the air, set fire to car tires at one of the blockades, trying to prevent police from breaking through.

Montenegrins remain deeply divided over their country’s ties with neighbouring Serbia and the Serbian Orthodox Church, which is the nation’s dominant religious institution. Around 30% of Montenegro’s 620,000 people consider themselves Serb.

The situation flared up in Cetinje early Sunday after a relatively calm night that followed Saturday’s clashes and a parallel gathering in the capital, Podgorica, where thousands of people greeted Serbian Patriarch Porfirije and Metropolitan Joanikije before the planned inauguration.

In a clear demonstration of the sharp political and social divide in Montenegro, President Milo Djukanovic, the architect of the state’s independence from Serbia, visited Cetinje while the current pro-Serb Prime Minister Zdravko Krivokapic went to Podgorica.

Though Djukanovic said he wasn’t taking sides as the president of all citizens, he praised the protesters in Cetinje for guarding national interests against the alleged bid by Serbia to impose its influence in Montenegro through the church.

Djukanovic has urged that the inauguration be postponed and some media late Saturday reported this would happen, but the information was soon denied by the Serbian church which said the inauguration would take place despite the tensions.

Since Montenegro split from Serbia, pro-independence Montenegrins have advocated for a recognised Orthodox Christian church that is separate from the Serbian one.

Joanikije’s predecessor as the church’s leader in Montenegro, Amfilohije, died in October after contracting COVID-19.

Montenegro’s previous authorities led the country to independence from Serbia and defied Russia to join NATO in 2017. Montenegro also is seeking to become a European Union member.

Further reading about FORB in Montenegro on HRWF website