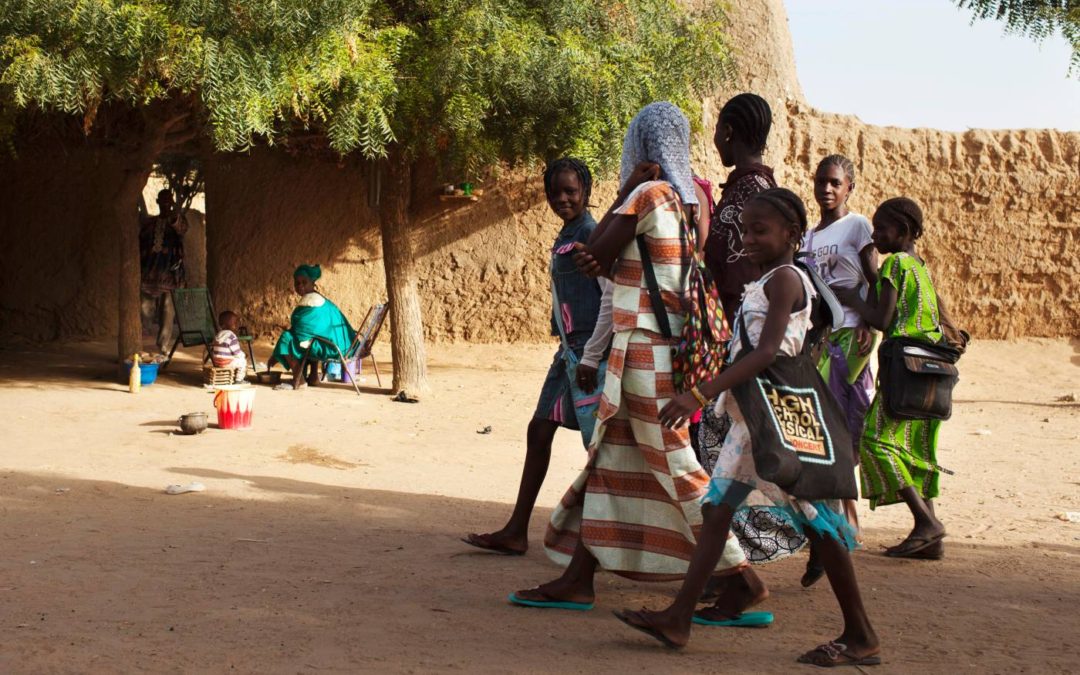 After years of unsuccessfully campaigning for an anti-FGM law in Mali, rights groups file complaint at the ECOWAS court

Thomson Reuters Foundation (12.04.2021) – https://tmsnrt.rs/32W4j6l – Mali’s failure to outlaw female genital mutilation (FGM) is being challenged in West Africa’s highest court by rights groups, who accused the country on Monday of failing to protect girls and women from “a grave and systematic violation”.

Nine out of 10 women and girls in Mali have undergone the ancient ritual, which usually involves the partial or total removal of the external female genitalia and can cause serious health problems, according to the United Nations.

Women’s rights NGO Equality Now said it had jointly filed a case with two partner organisations at the Economic Community of West African States (ECOWAS) Court of Justice after years of campaigning unsuccessfully for an anti-FGM law.

“We have made several calls to Mali for the past 18 years urging it to honour its national, regional and international obligations to protect girls and women from this harmful practice,” said Faiza Mohamed, Equality Now’s Africa director.

“However, this remains to be done and we can no longer sit still as thousands of girls and women in Mali continue being subjected to FGM,” she added in a statement.

Malian government officials could not immediately be reached to comment on the filing.

An estimated 200 million girls and women globally have been cut – and about four million girls are at risk of being forced to undergo the rite every year.

Practiced in at least 27 African countries and parts of Asia and the Middle East, FGM is often seen as necessary for social acceptance and improving a woman’s marriage prospects.

But health experts say girls can bleed to death or die from infections caused by FGM, and it can cause fatal childbirth complications later in life.

The U.N. Committee on the Elimination of All Forms of Discrimination against Women (CEDAW) said in June 2020 that the failure to criminalise FGM was putting the lives of girls and women in Mali, as well as from neighbouring states, at risk.

It voiced concerns over the transnational nature of the practice, with reports of girls from countries such as Burkina Faso, Benin, Guinea and Togo that prohibit FGM being taken to Mali to undergo the cut in order to avoid prosecution at home.

Attempts by the Malian government to criminalise FGM in 2002 and again in 2009 failed due to opposition from religious leaders, CEDAW added in its latest report.

The women’s rights groups said in a statement that Mali had ratified international and regional agreements on women’s rights such as the CEDAW and The Maputo Protocol – and was therefore obliged to take action to curb FGM.

The Institute for Human Rights and Development in Africa (IHRDA), one of three groups that filed suit with the Abuja-based court, said the case had the potential to establish a landmark in women and girls’ rights jurisprudence in Africa.

“This case would not only prompt the ECOWAS court to make binding pronouncement on the situation of FGM in Mali, but would also establish legal precedent and standard applicable not only in Mali and West Africa, but across Africa as a whole,” said Gaye Sowe, IHRDA’s executive director.

In March 2020, Sierra Leone overturned a ban on pregnant girls attending school after Equality Now and its partners challenged the rule in the ECOWAS court and won.