KAZAKHSTAN: Efforts to repatriate ISIL fighters should be replicated 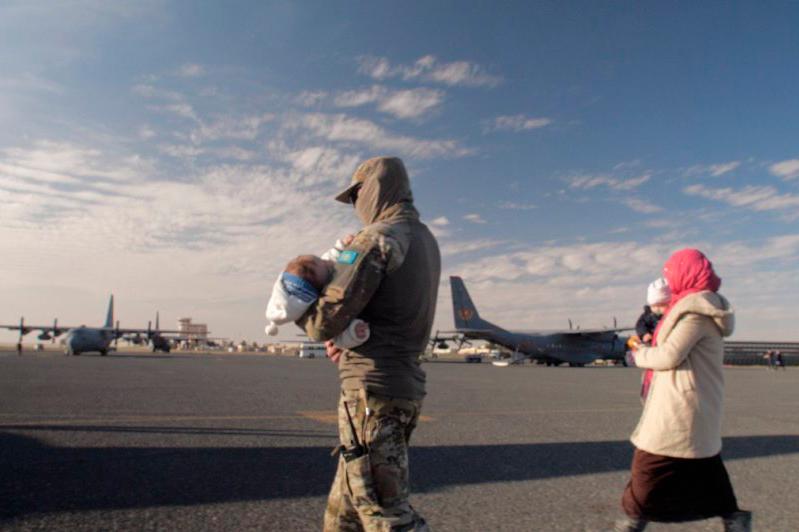 KAZAKHSTAN: Kazakh efforts to repatriate ISIL fighters should be replicated

Aljazeera (07.07.2021) – https://bit.ly/3AFaNGn – It feels like a long time ago that we fought the Islamic State of Iraq and the Levant (ISIL, also known as ISIS). The world has moved on to other problems since the military defeat of this terrorist group in March 2019. Yet the challenges associated with ISIL are far from over. As well as the continuing global threat of terrorism, one of the key issues is what to do with detained ISIL soldiers, their families, and those that joined the group at the height of its power.

For one reason or another, roughly 40,000 people travelled to the areas controlled by the group from 81 countries. The Syrian Democratic Forces (SDF) captured thousands of foreign fighters and their families. In January this year, SDF said it held around 2,000 foreign fighters and 13,000 foreign women and children who are family members of ISIL-linked fighters.

The question now is what to do with these individuals. While many countries, including those in the West, have hesitated to repatriate their citizens, Kazakhstan has taken a very different approach. Our country carried out operations “Zhusan” and “Rusafa”, as part of which around 700 of our citizens have been brought home, including 520 children. The others are mostly women. Twenty-five men who were brought back have been prosecuted as ISIL fighters. Our effort is based on humanitarian grounds. Many women and children were stranded without access to basic needs, including food, shelter, clean water, health and education. They were exposed to sexual abuse, exploitation and potential recruitment by terrorist groups.

Bringing back individuals who were once part of ISIL can certainly carry security risks. Nevertheless, many of the women were deceived by ISIL propaganda, then held against their will. Some were simply naive. Crucially, the children had no choice in this matter, and it is therefore morally and politically right to give them another chance. It is for this reason that the first president of Kazakhstan, Nursultan Nazarbayev, made the decision to repatriate our citizens from Syria and Iraq. This policy has continued under the current President, Kassym-Jomart Tokayev.

Repatriating our citizens has only been half the battle. It has been just as important to ensure their rehabilitation and reintegration into society. Our state-run rehabilitation programme has been designed to offer mental health care, family support, housing, education and job opportunities. Children of ISIL fighters have been given Kazakh birth certificates and Kazakh names, while women have been issued clean passports and documents to reduce social stigmatisation and facilitate their integration into society. Accommodation was initially provided in specially created adaptation centres. They included round-the-clock support from social workers, psychologists, teachers, theologians and medical workers. Most of the children spoke Arabic, so we involved Arabic language specialists to establish contact. To help the children integrate into society, individual learning programmes were developed with the involvement of teachers, who provided classes in mathematics, languages, and other subjects.

This stage of rehabilitation lasted for a month, after which the families were transferred to the place of residence of their relatives and friends. An important part of the rehabilitation programme was devoted to restoring family ties. The initial rehabilitation stage enabled children to start school with other pupils, while younger kids joined preschool education centres and kindergartens. The families have also been offered stationery, clothing and food supplies, while they get back on their feet. Overall, more than 300 specialists have been involved across the country. As well as giving families and children a second chance, we believe that this policy will contribute to preventing radicalisation and violent extremism in Kazakhstan, as many families publicly spoke about the horrors they witnessed in Syria under ISIL rule. Our hope is that this will deter others from wanting to join terrorist organisations.

We have certainly faced challenges along the way. Some children have struggled to readjust. Some relatives and friends of individuals who joined ISIL decided to cut all ties with them, hampering reintegration efforts. Nevertheless, we believe that the decision to repatriate our citizens has been vindicated and we are proud of the work that has been carried out, including with the support of UNICEF, the International Committee of the Red Cross, the United States and other partners. The US State Department, for example, has been highly appreciative of Kazakhstan’s repatriation efforts, and plays an important role in assisting Kazakh authorities with delivering effective rehabilitation.

Unfortunately, many families from other countries are still left stranded in Syria and Iraq. The authorities in these countries do not have enough resources to keep ISIL prisoners and their families in captivity indefinitely, especially during the coronavirus pandemic. Other countries should therefore study Kazakhstan’s experience and consider repatriating their citizens as well.

The views expressed in this article are the author’s own and do not necessarily reflect Al Jazeera’s editorial stance.