JAPAN: Supreme Court to review case about donations to the Unification Church 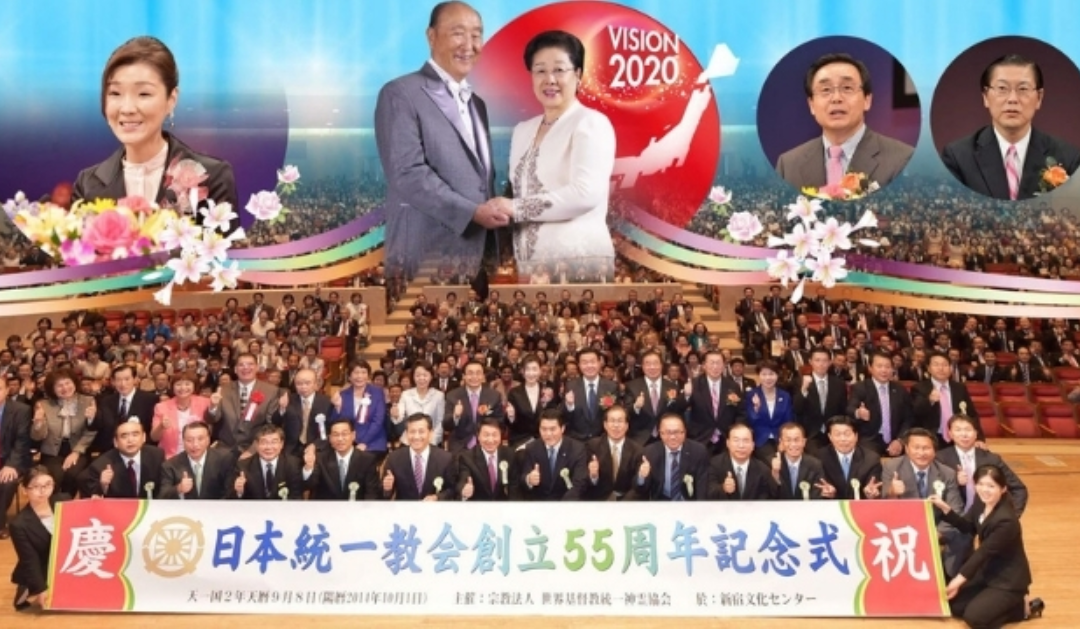 An ex-member sued to get her donations back, saying she was “psychologically manipulated,” and won. The Church is appealing, claiming religious discrimination.

Bitter Winter (26.01.2021) –https://bit.ly/2KUZ15S -The Unification Church (UC, aka Family Federation for World Peace and Unification, FFWPU), founded by Rev. Moon Sun Myung, and three of its members are appealing to Japan’s Supreme Court a previous judgment in favor of a former UC member, concerning her claim for financial compensation of alleged damages related to donations she made for spiritual services.

The plaintiff is Toshie Y., a Japanese citizen born in 1955 and a former member of the Unification Church. Her husband died in 1998, and her son passed away in 2011. She was deeply affected by this double loss.

Additionally, to the Unification Church, there are three individual defendants in the case:

– Mrs. Namiko Katagiri, a UC believer, made a family tree for free in 2011 for the plaintiff, which is an important element in the UC belief system, which assumes the influence of ancestors in the spiritual world.

– Mr. Yoshihiro Kawachi taught the plaintiff some doctrines of the Church.

– Mrs. Hiroko Matsuhuji was presented as a lecturer of the plaintiff in the previous judgment, which she denies, as she was only taking care of her within the Church.

Donations and requests for reimbursement

The plaintiff also donated 400,000 yen (100,000 yen are roughly 800 euro) for a memorial service for ancestors, 2,800,000 yen for a Blessing Ceremony for herself and her late husband, and 240,000 yen for ceremonies for her late son and late brother. She travelled several times to Korea in order to join the ceremonies.

In October of 2013, the plaintiff donated a further 1,400,000 yen, and received two books of sermons, as memorial gifts, delivered by the founder of the UC: “Holy Scripture of Heaven” and “Scripture of Peace.”

In November 2014, Mr. Kawachi recommended the plaintiff donate 1,400,000 yen for the construction of a UC Training Center in the United States. He also said that those who donate would receive a copy of the “Scripture of True Parents” as a memorial gift. The plaintiff initially donated 630,000 yen, and then planned to make a monthly donation of 30,000 yen, for a total amount of 570,000 yen.

In November 2015, the plaintiff pressed the church to return the donation of 630,000 yen. Later, she asked for the 1,400,000 yen to be returned, saying that she did not need the books “Holy Scripture of Heaven” and “Scripture of Peace” anymore.

In December 2015, after some discussions, Mr. Kawachi accepted to reimburse 2,030,000 yen, on the condition that the plaintiff would sign an agreement saying that she would not claim any further reimbursement.

After these negotiations, the plaintiff stopped attending the church. Later, she found criticisms against the UC on internet and believed that she had been deceived by the UC.

On 30 June 2016, the lawyer of the plaintiff sent a letter to the UC claiming for damages on other previous donations, but the UC rejected the demand quoting the settlement. On 11 April 2017, the plaintiff’s lawyer filed a complaint against the UC and four other UC members for their involvement in the case, and asked for financial compensation of 5,238,290 yen, which included 4,262,082 yen for the loss of the donations, 500,000 yen for the lawyer’s fee and 476,208 yen for psychological damage (Case No.: Tokyo District Court H29 (wa) 12048).

On 28 February 2020, the Tokyo District Court issued a judgment in favor of the plaintiff. On the one hand, it stated that the defendants repeatedly instilled fear in the mind of the plaintiff to manipulate her and extort donations for the Church. On the other hand, it ignored evidence proving her genuine faith and free will when she engaged in religious activities including donations.

It concluded that the activities of the individual defendants were illegal because they deviated from a socially appropriate scope. Such a statement by the Court is a derogatory assessment of the legitimate beliefs of a religious community and an encroachment on its autonomy. It also found that the settlement was invalid because Mr. Kawachi did not include other previous donations in the agreement. In doing so, they were not covered by the settlement.

The lawyers of the defendants consider that the Tokyo High Court imposed a value judgment on the beliefs of the Unification Church. They deem that attitude as illegal because it encroaches on the autonomy of the Church and opens the door for censorship.

The lawyers contend that it is legal for the Church to teach doctrines to those who show some interest in its theology and agree to participate in the information sessions of its lecturers. Additionally, they stress the plaintiff at that time never manifested the will to leave the Church or to stop attending the lectures, which she could have done if she had stopped believing in the teachings.

The lawyers also object to the accusation of manipulation with fear. According to the doctrine of the Unification Church, the spirits of the ancestors can have a negative effect on their descendants. Similarly, preaching about hell in the Catholic Church has never been considered a manipulation of mind to abusively extort money from believers. They argue that the Unification Church should not be treated differently.

Photo: A rally commemorating the foundation of the Unification Church in Japan. Source: Family Federation for World Peace and Unification.